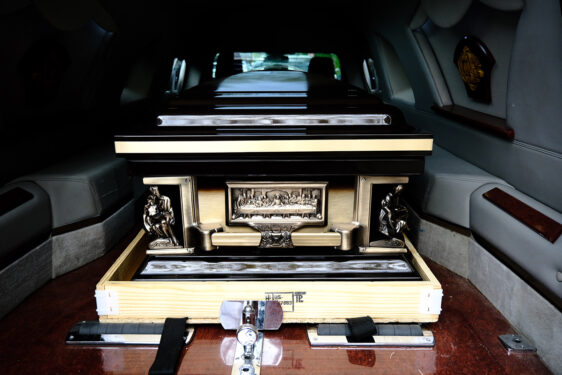 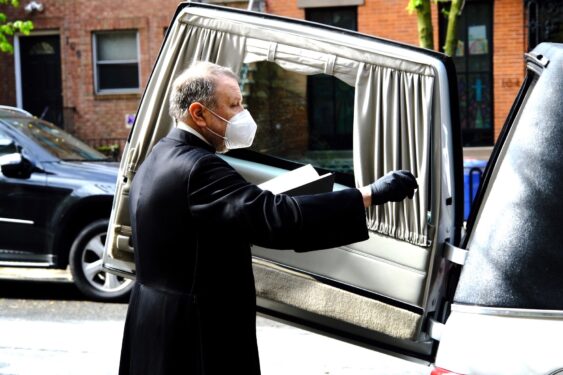 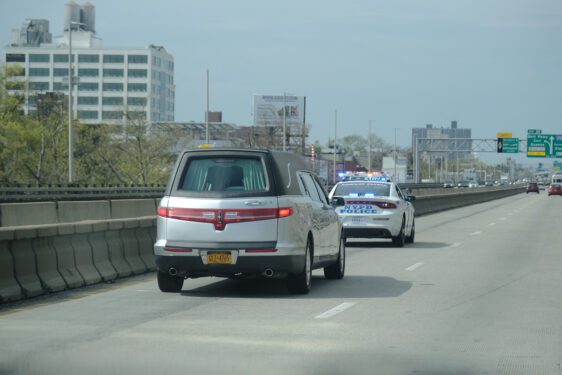 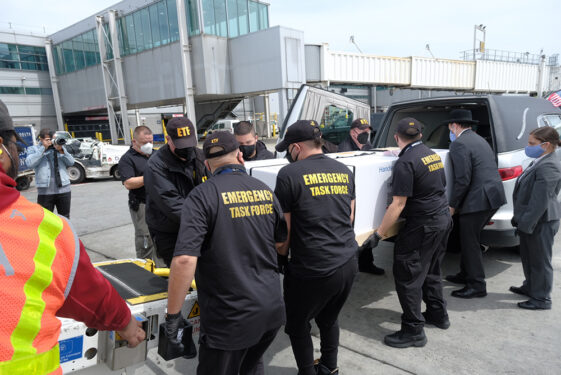 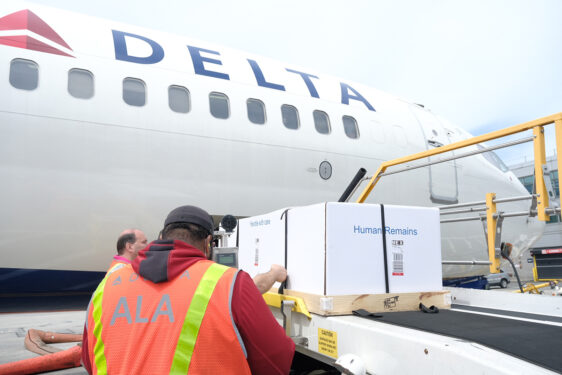 The casket carrying the body of Father Jorge Ortiz-Garay, believed to be the first Catholic priest in the U.S. to have died from complications of coronavirus, departed from New York for Atlanta yesterday on its way to Mexico City, where his family lives. After a three-day layover, the casket will finally be sent to Mexico City on Wednesday, May 6.

“Today is Good Shepherd Sunday, and we sent home a good shepherd to Mexico, a son of Our Lady of Guadalupe,” said Monsignor Kieran Harrington, Vicar for Communications of the Brooklyn Diocese.

In an interview with The Tablet, Vincent LeVien, director of External Affairs for DeSales Media Group, the parent company of The Tablet, said: “I worked with the funeral director, John Heyer, as well as Senator Schumer and his staff, Mayor DeBlasio’s Chief of Staff and Deputy Mayor Emma Wolfe and CAU Commissioner Marco Carrion to push to get this done.”

“In order for the funeral director to even file for the death certificate with the City of New York, three things needed to be done,” said LeVien, who is also the coordinator of the Emergency Task Force – COVID 19 for DeSales. “First, we needed the Mexican Consulate in New York to agree to approve his body being shipped. We then needed verbal approval from the NYS State Department that they would provide an ‘Apostille’ to provide clearance for Fr. Jorge to be shipped to Mexico from New York State,” he explained.

Once the necessary documents were in order, they were sent to the Mexican government for approval. “This last part wound up delaying the process until Sen. Schumer’s staff called up the Mexican consulate to get things moving again,” LeVien said.

The painful waiting period will be soon over for the family. “Yesterday, Father Jorge began a different journey, back to his family in Mexico,” LeVien said. “I am very proud and grateful to all those who worked with me to make this happen.” 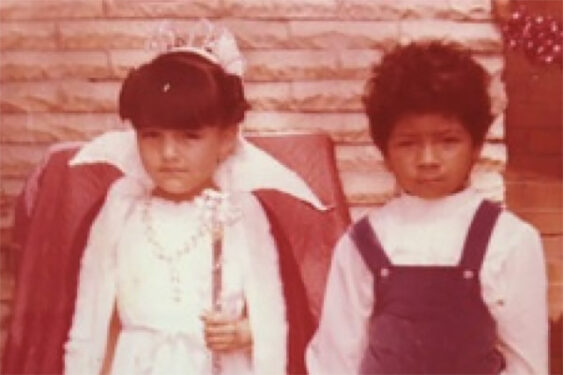 Father Jorge as a young boy in Mexico. 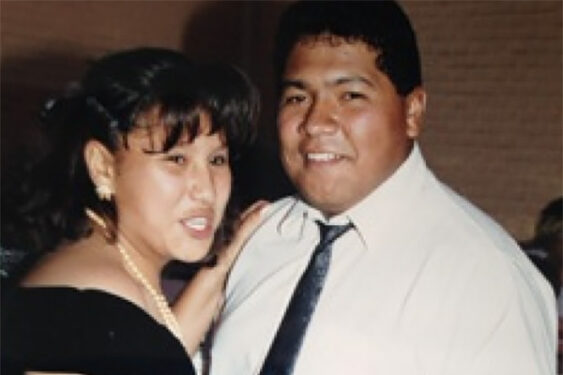 Father Jorge dancing with his sister. 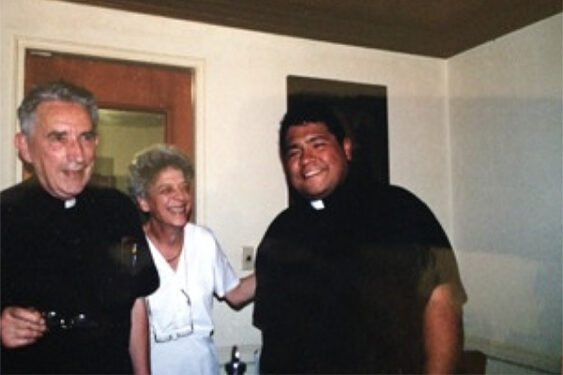 Father Jorge posing with a member of the Neocatechumenal Way in Mexico. 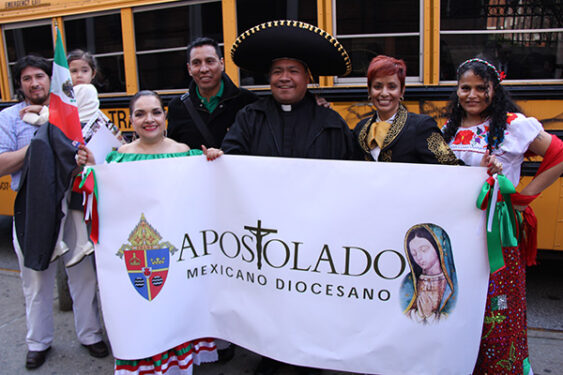 Father Jorge, a short time after becoming director of the Mexican Apostolate in the Diocese of Brooklyn. 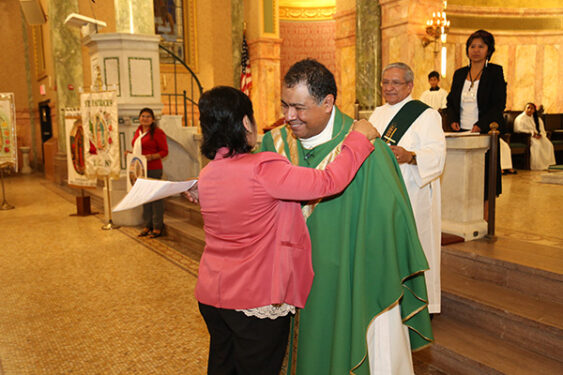 Father Jorge greeting a member of the Mexican Apostolate during one of the monthly Masses he used to celebrate for the members of that ministry.

“For the Ortiz-Garay family,” his sister Irais said in an interview with The Tablet May 4, “this is really important. We are happy that finally, we will have some closure on this process we have been living through. And now we can start a new cycle.”

“We want to thank each and everyone in the diocese for the great support they have offered to our family,” Father Jorge’s sister Soccoro Ortiz Garay said. “They had been like angels sent by God to make possible the return of our brother to his family in Mexico.”

Fr. Jorge, 49, was the pastor of St. Brigid’s Roman Catholic Church in the Bushwick section of Brooklyn, when he died on Friday, March 27, 2020. He had been serving in the Diocese since 2009, first at St. Joseph’s in Prospect Heights, then at St. Brigid’s. Fr. Jorge was ordained to the Priesthood at the Archdiocese of Newark as a member of the Neocatechumenal Way on May 29, 2004.

The burial will take place the day after Father Jorge Ortiz-Garay’s body arrives in Mexico City. There is not going to be a Funeral Mass, due to sanitary restrictions, but Fathers Fernando Araiza Báez and Daniel Castro, friends of the Ortiz-Garay family, will do the funeral prayers.