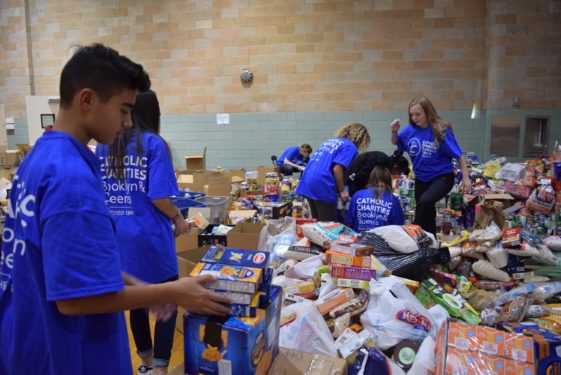 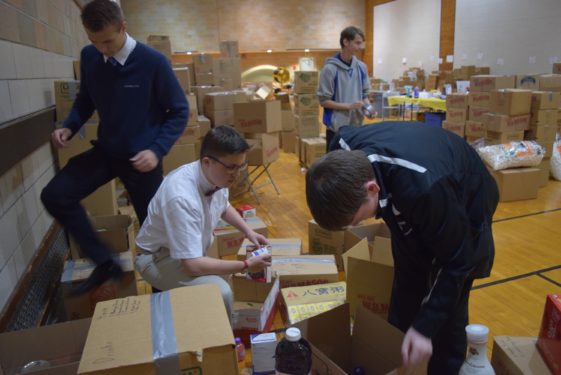 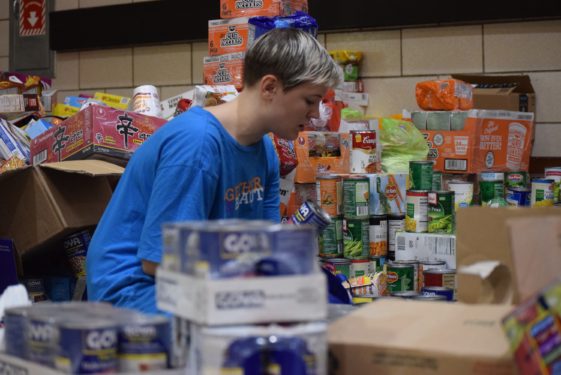 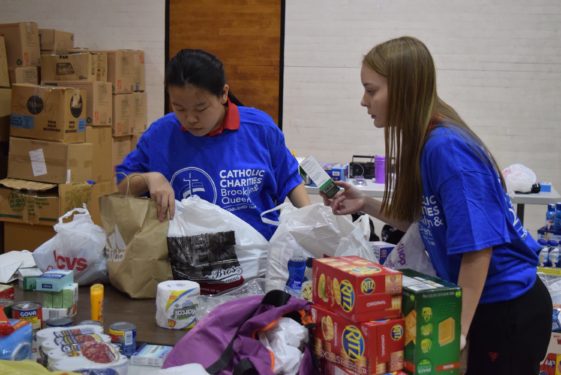 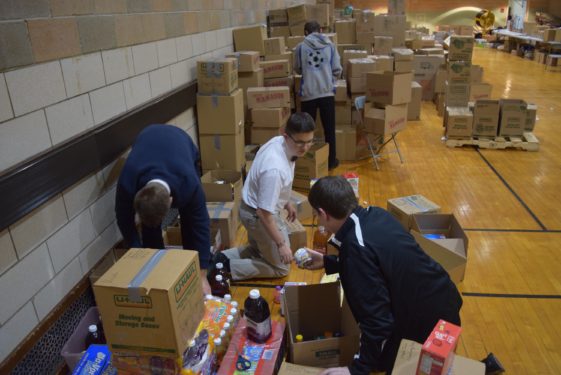 The first shipment of material goods from the Diocese of Brooklyn for storm-ravaged Puerto Rico has been sent.

Organized by Catholic Charities of Brooklyn and Queens, the first batch left Nov. 2 for Caritas Puerto Rico in the capital of San Juan. It contained 34 boxes filled with about 400 flashlights and nearly 4,000 batteries.

“We had contacted Caritas of Puerto Rico and we just said, ‘Look, it’s delayed a little bit more than we anticipated, what is the most essential need for you?’ so they said batteries and flashlights,” said Richard Slizeski, Catholic Charities’ vice president for mission.

Since then, another 37 boxes have been shipped via FedEx to Caritas Puerto Rico, this time filled with medical supplies ranging from first-aid kits, painkillers and bandages.

As The Tablet went to press, Catholic Charities was finishing labeling all 72 pallets of items that were collected from more than 60 parishes in Brooklyn and Queens.

By Nov. 6, more than 9,500 pounds of goods had been shipped on 16 pallets that contained boxes assembled at the drop-off point – the Immaculate Conception Pastoral Center, Douglaston.

It was anticipated that by the end of the week, the remaining 56 pallets, totaling more than 33,500 pounds, averaging nearly 600 pounds each, would be shipped.

Since October, the diocese has been taking action to help victims of Hurricane Maria not only by praying, offering a special Mass for Puerto Rico at the Co-Cathedral of St. Joseph in Prospect Heights Oct. 20, but also by collecting items that were in dire need, from bottled water, non-perishable foods, baby formulas, diapers, personal hygiene products, batteries and flashlights.

Bishop Nicholas DiMarzio encouraged parish pastors to take up collections. Volunteers, high schools and for-profit organizations assembled their teams to assist with the sorting and packing.

The call-to-action came in various stages. On the Oct. 20 start date, thousands of pounds of individual items were rounded up and driven to the Immaculate Conception Center by Catholic Charities’ personnel. From wall to wall of the Athletic Center’s indoor handball courts, the items were slowly organized into categories, each item touched by a human hand, then carried to its home base. A sectioned-off piece of the wooden floor was designated by white printer paper that identified each individual pile. Small mountains of baby diapers, women’s sanitary items and paper towels were growing as large as an aisle in a grocery store.

On the other end, volunteers were simultaneously shaping cardboards into boxes that would hold the items – an assembly line of helpful and hopeful diocesan members willing to do whatever it takes to somehow help lift the burdens off the millions of people without power, food and basic necessities.

By November, the gym floor that initially needed a zigzag navigation route to walk across had become a walk in the park – rows of packaged cardboard boxes all organized, packed and ready to go.

Caritas started operations in 1969 under the name of Catholic Social Services of Puerto Rico. The organization serves as the Catholic Charities wing of the island.