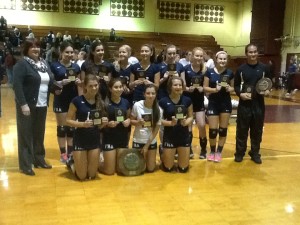 The Fontbonne Hall Academy, Bay Ridge, junior varsity team capped off its undefeated season with a victory over Archbishop Molloy H.S., Briarwood, with scores of 25-22 and 25-21 to capture the Division I title. 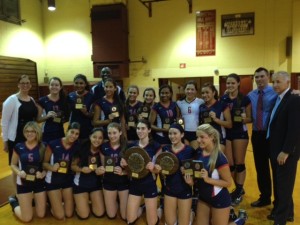 The St. Francis Prep, Fresh Meadows, varsity team also finished the season undefeated by capturing the Division I title with a win over Fontbonne’s varsity squad. 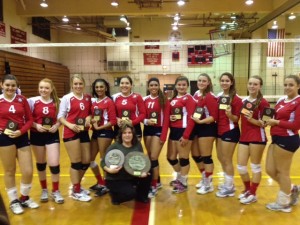 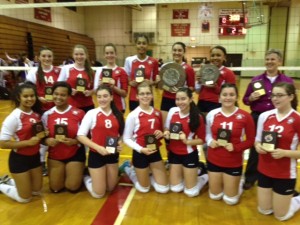 The junior varsity team earned a straight set win (25-9, 25-16) over Bishop Kearney, Bensonhurst, to capture its third straight championship. The team, coached by Lisa Cavanaugh, has a final record of 12-1 for the year.