Cuomo’s remarks came after Italian-Americans and Catholics in the Diocese of Brooklyn have for weeks criticized the She Built NYC initiative, headed by New York City first lady Chirlane McCray, for excluding Mother Cabrini from a first round of statues even though she received the most nominations.

Cuomo said a state commission will work with the Diocese of Brooklyn and the Columbus Citizen Foundation to find a site for and fund the new statue.

“I’m encouraged today,” Bishop Nicholas DiMarzio said. “If we didn’t speak up, if we didn’t try to do this, nothing would happen. Sometimes, you have to make a little bit of noise, so that people pay attention to you.”

On Oct. 12 at the annual Columbus Citizens Foundation Gala in Manhattan, Cuomo pledged his “full support” for a Mother Cabrini statue.

“Bishop Nicholas DiMarzio has said that this is an affront, and the Brooklyn Diocese wants to build a memorial to Mother Cabrini. They are right,” Cuomo said. “We should applaud their courage and their activism. But, my friends, we should even do more. We should support them. Let’s join with them tonight.”

John Heyer — the pastoral associate of Sacred Hearts – St. Stephen in Carroll Gardens who has been spearheading the diocese’s effort for Mother Cabrini — said he was “ecstatic” and “overwhelmed” by the governor’s support. He said the movement is a testament to Mother Cabrini and the work she did.

“It’s great that there’s so much support behind Mother Cabrini,” Heyer said. “People are making donations constantly for a statue. They’re writing letters to the mayor on their own part. It’s as grassroots and organic as you would ever want to organize something. It’s not organized. It’s the Holy Spirit.”

Heyer said the Mother Cabrini Statue Fund, which was launched by the Catholic Foundation of Brooklyn and Queens on Oct. 6 at the diocese’s annual Italian Apostolate celebration, has already raised more than $25,000.

Mayor Bill de Blasio told Bishop DiMarzio at the Columbus Day Parade that a statue will be built. In a statement on Oct. 15, de Blasio spokeswoman Jane Meyer said the administration welcomes the governor’s support for honoring the women who built New York City. 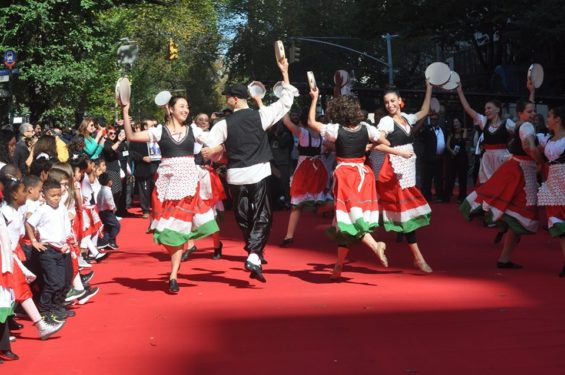 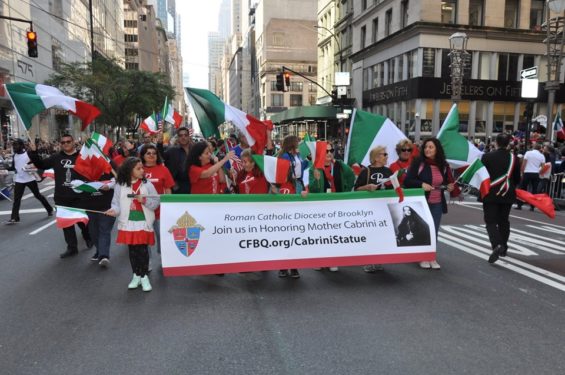 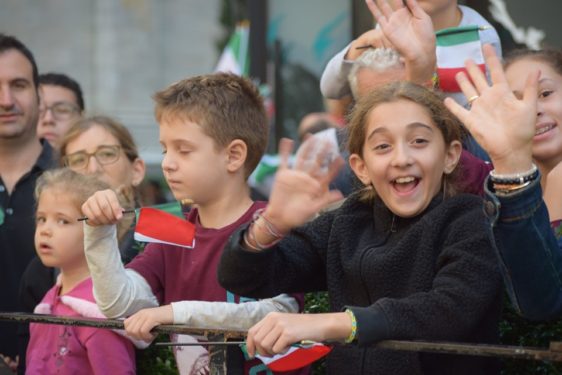 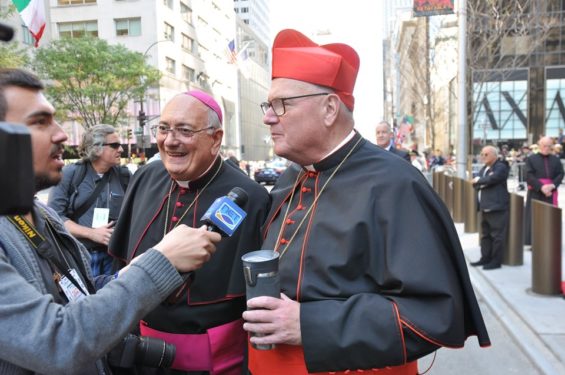 “We applaud the governor for joining us in our commitment to erect statues of women who have made an impact on New York City and look forward to having a statue of Mother Cabrini here,” the statement said.

The statement came a day after de Blasio told Fox 5’s Lisa Evers on that he thinks the Mother Cabrini uproar is “a manufactured controversy.” He said he was saddened because the project is about recognizing women after centuries of being unrepresented in city monuments.

De Blasio said the statues of the seven women announced are just the first round and said he believes Mother Cabrini should be one of the next, saying, “She’s amazing and a historical figure of such importance to this city.”

He also told Evers that a lot of people with different motives are playing games with the cause for Mother Cabrini, including the governor.

“God bless him,” de Blasio told Evers. “But, again, a lot of people out there, for whatever agendas, playing all those games, it’s not fair to people. It’s not fair to the memory of Mother Cabrini.”

Rosemary Neri Villanella grew up in Gravesend at Sts. Simone & Jude. Her grandmother was raised by sisters in Mother Cabrini’s order at their orphanage in Dobbs Ferry, N.Y., after her parents died.

Villanella applauded the governor for supporting the case for Mother Cabrini. However, she said he still has more, referencing the Reproductive Health Act that Cuomo signed in January.

“I am delighted that he is following the lead of Eric Adams, Brooklyn Borough President, who offered to have the statue funded by private funds, put up at Brooklyn Borough Hall,” Villanella said. “I just wish the governor would take the Catholic stand on abortion.”

Still, Cuomo championed the Columbus Day festivities as a symbol of unity at a time in America where he said there is “enough division.”

In a statement on Oct. 14, he lauded Mother Cabrini for her work helping immigrants who came to New York City and for being the first naturalized American saint.

“We want to honor immigrants as much as we want to honor her,” Bishop DiMarzio said. “In a day when immigration has become a social policy that nobody wants to solve in our country, we need her intercession to solve this.”

There is no timeline yet on when the statue will be completed, although Cuomo said in his Oct. 14 statement that it will happen “as soon as time allows.”