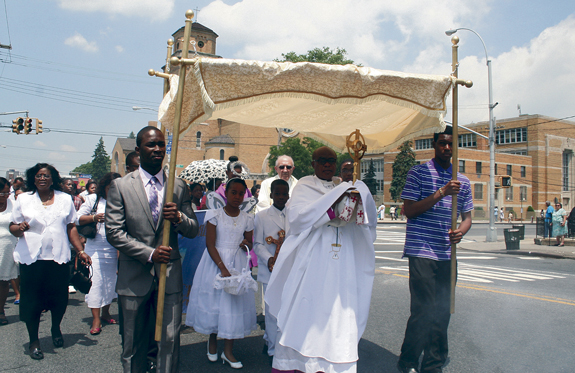 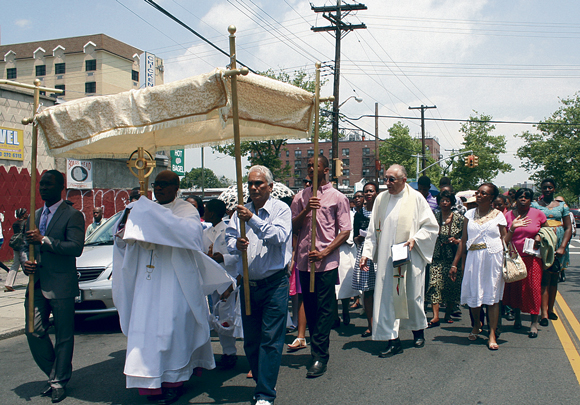 Continuing the centuries old tradition of Corpus Christi processions, the parish community of Holy Family brought the Body and Blood of Christ into the streets of Canarsie, singing praise and adoration to God.

After celebrating Mass, Archbishop Valerien Okeke, visiting from the Onitsha Diocese in Nigerira, led the parish community to four outdoor altars, at each of which parishioners prayed litanies in English and Haitian Creole.

Madeline George was among the volunteers who prepared an altar covered in white linen adorned with flowers in front of her home. Although she said the task was not easy, it was worth the effort to see her fellow parishioners unite in a public display of faith.

“It’s a blessing,” she said. “As they come to our altar, they bring the Holy Spirit with them.”

Merline Rameau said building an altar in front of her family home was a dream come true for her mother, Marie Registre. Registre said this is her way of bringing God into her community.

“I want a peaceful New York,” she said. “We ask God for peace because we believe He can do anything.”
Father John J. Amann, pastor, was glowing with pride as he concluded the procession.

“You brought Jesus into the neighborhood,” he told his parishioners. “You brought Him into the streets of Canarsie.”

Gladys Charles said the procession is an important part of her prayer life, not only because it brings Jesus out into the community but also because it brings Him closer to her family. She said it provides her daughter, Garnelle, with a different perspective of the Catholic faith, which can strengthen her relationship with Christ. Garnelle said she thoroughly enjoyed the four-hour Corpus Christi celebration.

“My favorite part is the procession because we get to walk around and celebrate and pray,” she said.

Dukens Jean Baptist, who came to the procession with his two-month-old daughter, said the procession brings back memories of his own childhood when he served as an altar boy in Haiti.

In the diverse Diocese of Brooklyn, Corpus Christi processions serve as a unifying force of all the different cultures. The processions are celebrated in a similar fashion all over the world.

Archbishop Okeke said this unifying tradition speaks of the universality of the church because the faithful in his diocese express the same beliefs in the same way as people in the Diocese of Brooklyn.

“The church is one family,” he said. “The message is the same: the message of Christ transmitted in the Holy Sacrament.” 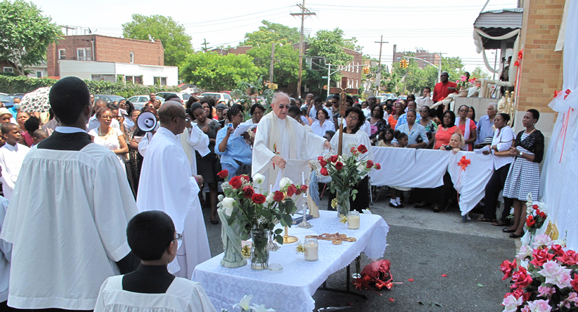 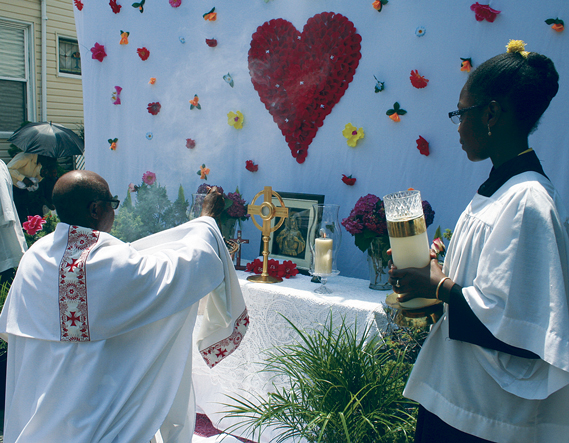