A chilly Sunday morning wasn’t going to stop the determined volunteers who were rocking outside of the Co-Cathedral of St. Joseph, Nov. 4. At different times throughout the day, more than 30 adult volunteers took the time to help out. That’s because for the second year in a row, the Prospect Heights faithful were going to put on a show for those who were willing to give a donation for the missions in Africa.

Except that particular show wasn’t going to include flashing lights and loud speakers, but instead a row of quaint rocking chairs, green donation baskets that were held in the laps of the rocker volunteers and two giant poster boards with the faces of preschool children from Tanzania.

Leading up to the Rock-A-Thon, organizer Father Charles P. Keeney, parochial vicar, said that he hopes the event will be as successful as last year.

“I can’t believe I’ve been doing this for 12 years and over $300,000 dollars has so far been contributed to the home and St. Gemma school,” said Father Keeney. “This year, the Rock-A-Thon was a combined effort from the people of St. Teresa [of Avila] and St. Joseph, the first event together since the merger of the two parishes on Nov. 1. Next year we might be rocking on rocking chairs on two different sites, on St. Teresa’s and St. Joseph.”

One wonders how any glimpse of hope or a how a smile could exude such joy in those photos placed next to the volunteers. The lives of some of the children the volunteers were raising funds for were facing their own trials and tribulations with one of their parents being incarcerated. Yet, the silver lining was that the Sisters of St. Gemma Galgani in Tanzania have made it their mission to provide housing and an education for these children with the establishment of St. Gabriel’s Home. 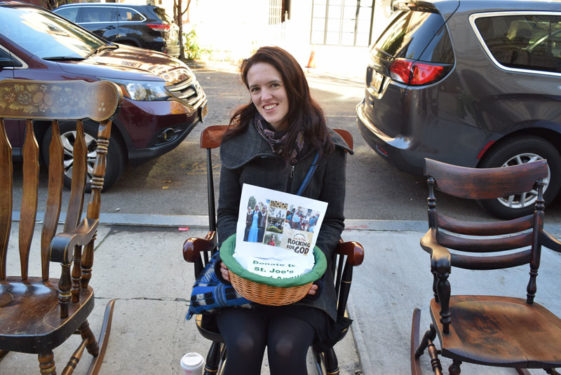 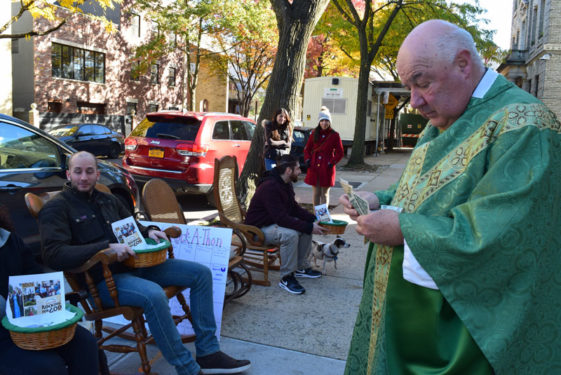 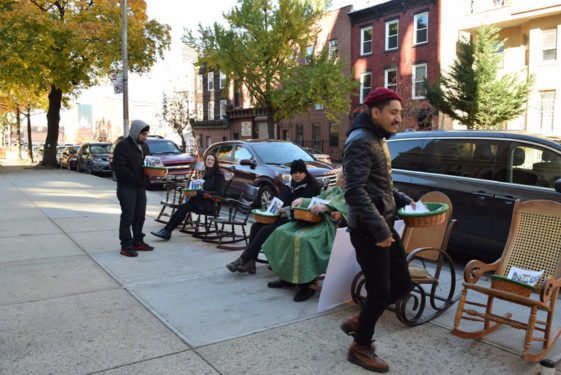 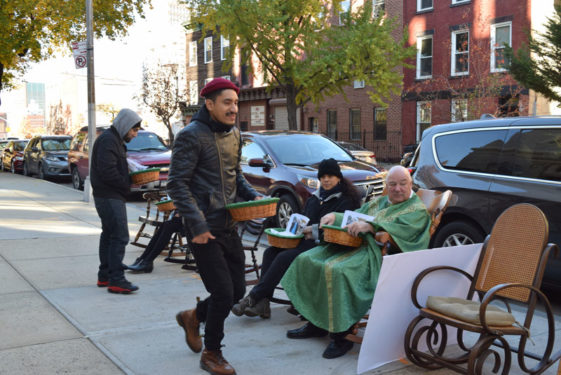 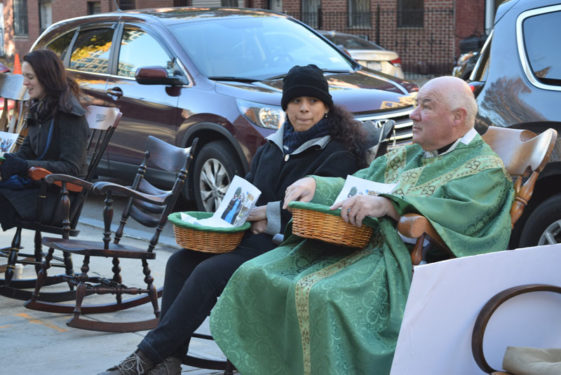 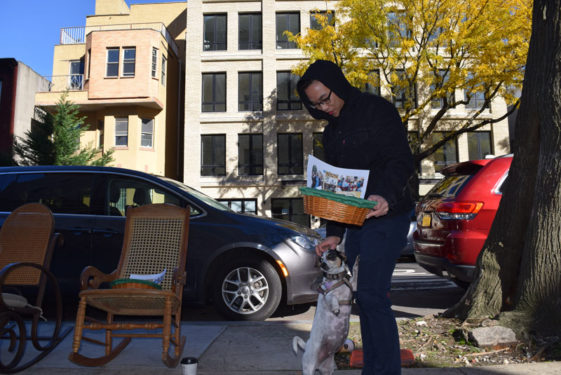 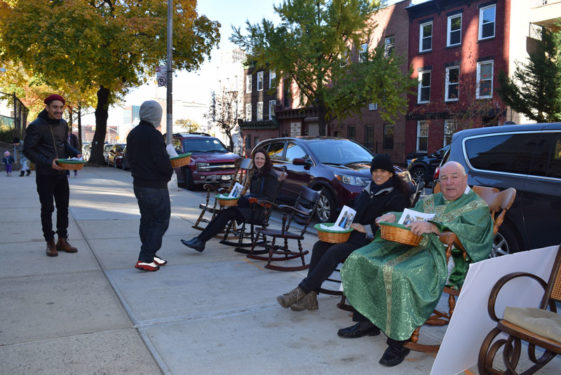 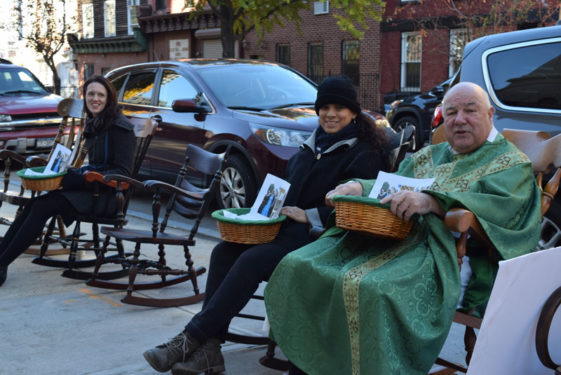 He told the Tablet that he was called by Christ to help this particular project. Tanzanian priest Father Jacek Rejman presented the initial project to him, which included building a dormitory for children up to the age of six. The project was a call-to-action to serve the needs of pretrial detainees charged with criminal matters who took their children to live with them in jail while they waited up to three years for trial.The preschool children would face years of his or her early childhood in a jail built for 400 but housed 3,000, along with no bed to sleep and with the same meal every day: a bowl of porridge.

Last year’s fundraiser brought in more than $18,000 for the Sisters. According to Father Keeney, so far, more than $10,000 has been raised. Those monies helped with the construction of a 20-bed volunteer center in Arusha – one step closer to making St. Gabriel’s Home self-sufficient.