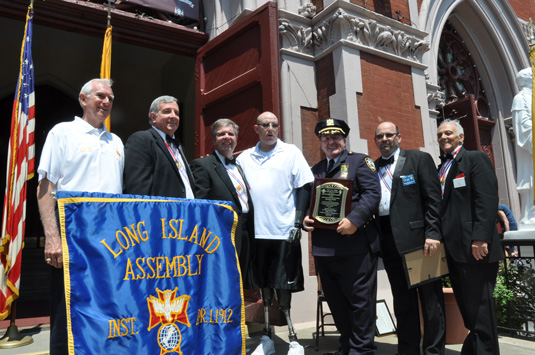 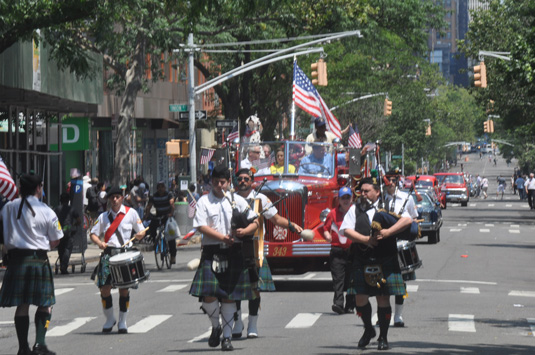 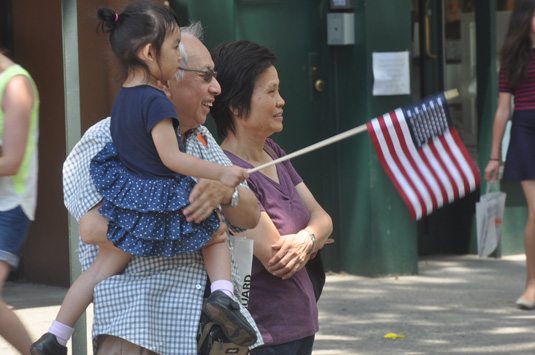 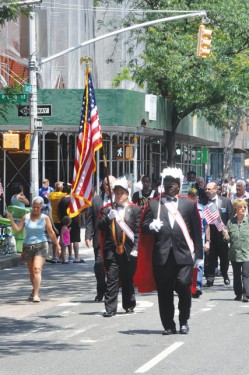 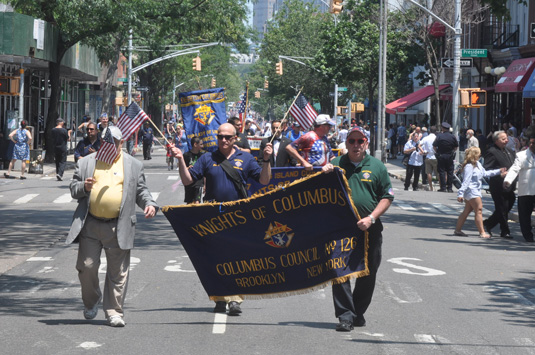 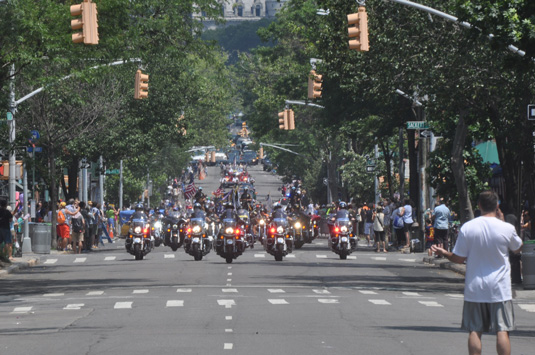 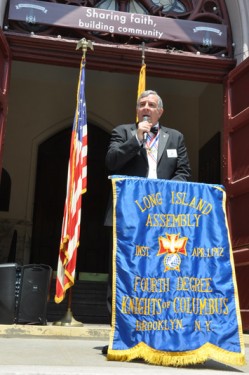 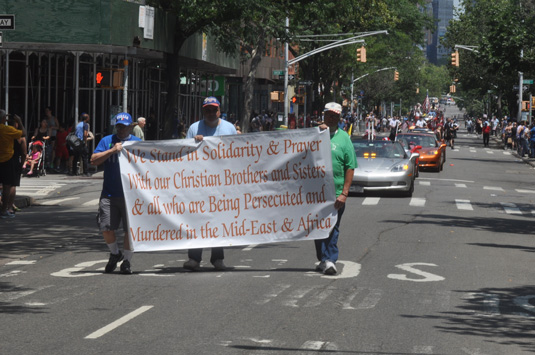 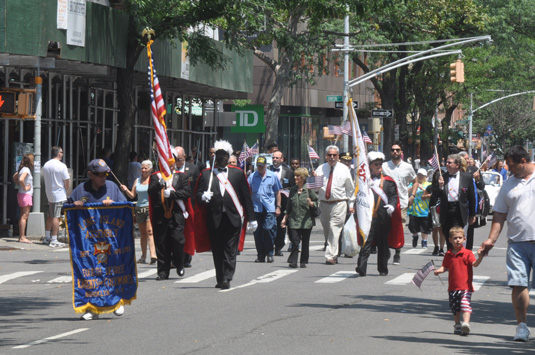 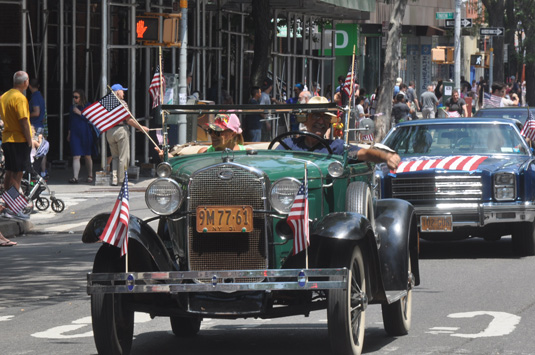 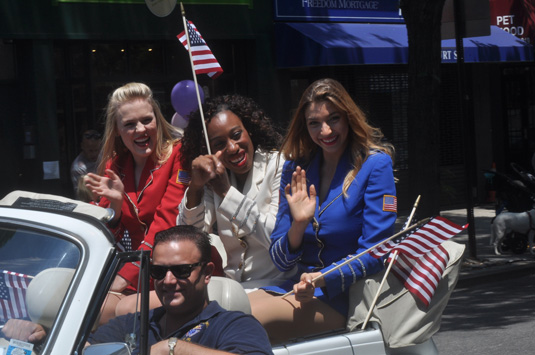 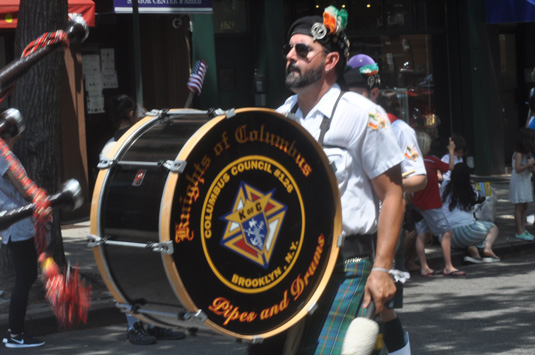 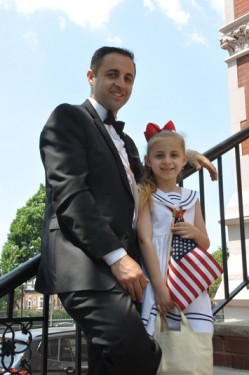 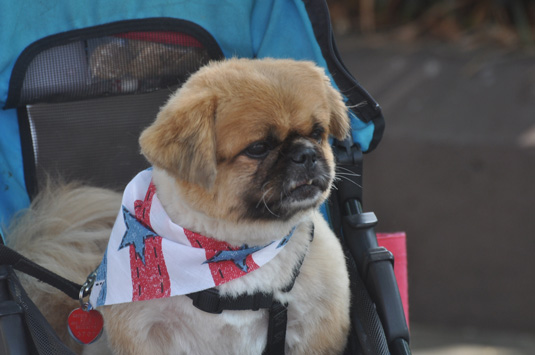 The 111th Independence Day Parade conducted by the Long Island Assembly Fourth Degree Knights of Columbus was held June 25 along Court Street in Carroll Gardens. Closing ceremonies were held on the steps of Sacred Hearts-St. Stephen Church. Leading the parade was Grand Marshal Robert Fox, past grand knight of Columbus Council and Kings County Conference chairman. The Father John Brogan Memorial Award was presented to NYPD Deputy Chief Charles Scholl. The Pro Patria (For God and Country) Award went to Army Sgt. Bryan Dilberian, a Brooklynite, who lost both his legs and his left arm to an improvised explosive device during a routine patrol in Afghanistan. Sgt. Dilberian also is the recipient of the Purple Heart, Bronze Star and USO Leadership Award. (Photos by Ed Wilkinson)