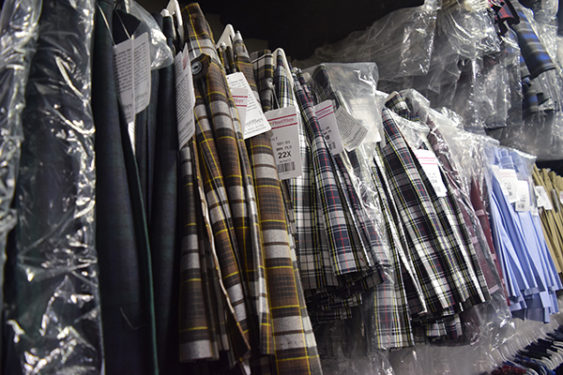 Stripes, plaids and jumpers, oh my! During the busy back-to- school season at the Flynn O’HaraMiddle Village location, some machines work 14 hours nonstop. Around Labor Day weekend, customer lines wrap around the store and extend outside where two security guards monitor the crowds. (Photos: Melissa Enaje) 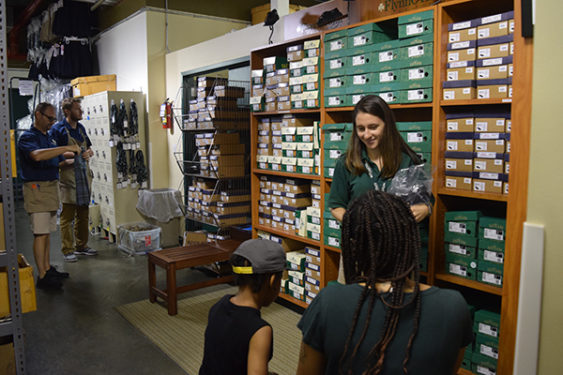 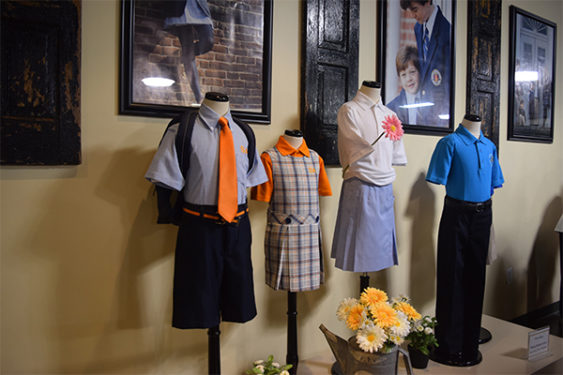 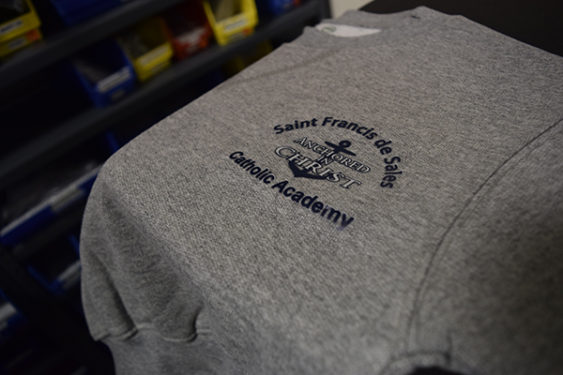 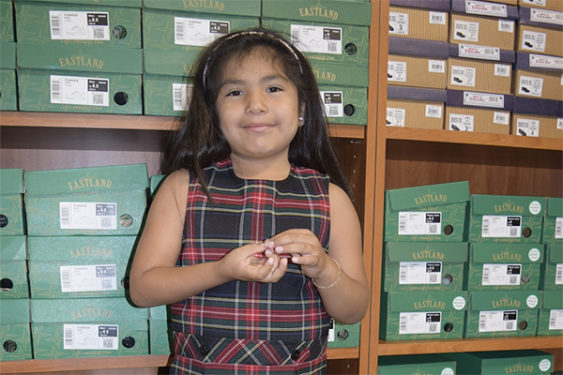 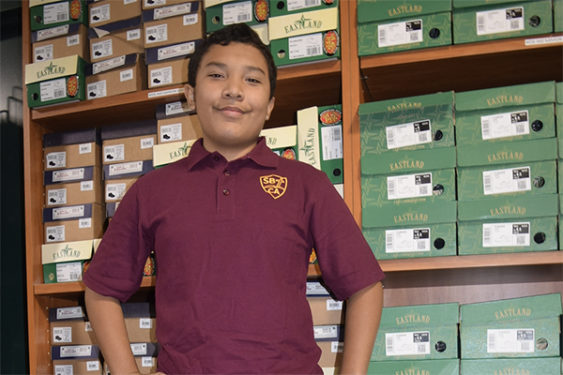 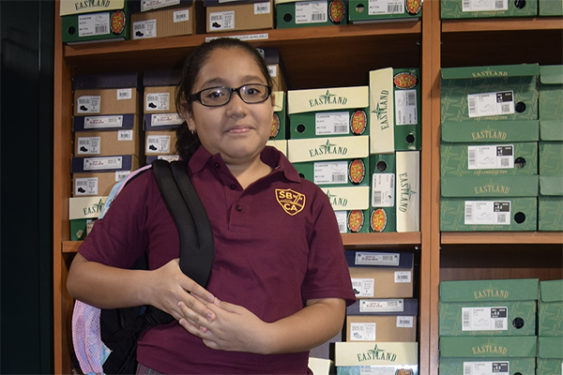 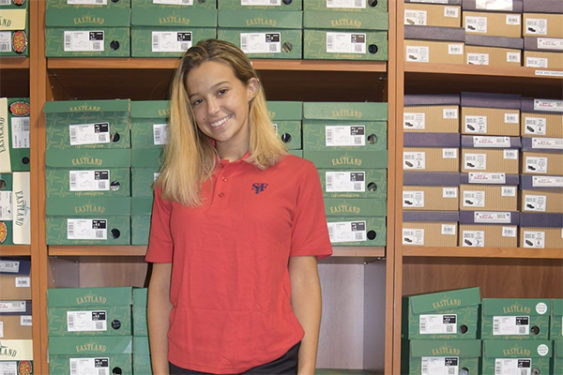 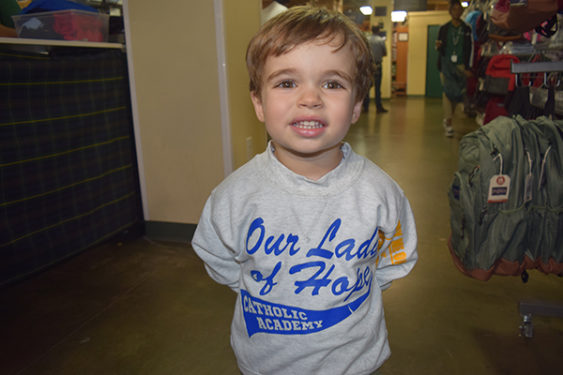 Ask adults who attended Catholic school during their formative years, and they may recall the all-girls or boys classrooms where religious sisters, brothers or priests educated them in the faith, or the lifelong friendships they formed, or even their favorite part of religion class.

Also embedded into the fabric of the Catholic school experience is the traditional uniform. Some families in the Diocese of Brooklyn head to the Flynn O’ Hara store in Middle Village every year to purchase their uniforms.

Christine Laszlo, a parent who remembers wearing jumpers and skirts with a tie during her time at St. Bernard School in Mill Basin, said the standardized fashion options for the girls has improved over the years.

“Coming from Catholic school, they’ve gotten a little better,” Laszlo said. “I like that they can wear pants and not the skirts. I just think that they have to realize that the girls have curves and they’re not so boxy.”

“It’s kind of fun because it’s like starting new every year,” Jessica said. “I like back-to-school shopping.”

One Flynn O’ Hara employee buzzing through the busy aisles of shoeboxes, backpacks and trousers to get the correct sizes is nostalgic about Catholic school duds.

“It’s bittersweet because I kind of miss the uniform,” Natasa Saric said. “I only ever did uniform. I don’t know what it’s like to go to school with regular clothes.”

The alumna from the former St. Pancras school, Glendale, and Christ the King H.S., Middle Village, will continue her educational journey into college this fall pondering one particular question: ‘How do I pick my outfits in the morning?’