Young people from St. Brigid Church, Bushwick, will be among the 400 pilgrims from the Diocese of Brooklyn who would head to this year’s World Youth Day in Krakow, Poland, July 26-31. This will mark the first time that the Brooklyn parish will be represented at a World Youth Day (WYD) and the pilgrims could not be more excited.

“We have 28 young people going in this first (WYD) pilgrimage as a parish,” added Father Jorge Ortiz, administrator. “They will see the living church, the values and faith we lived and how that opens us to the possibility to be icons of Christ on earth.”

The group – which includes a total of 36 pilgrims – has been preparing to attend this celebration of faith for two years, fundraising and deepening their faith at Masses and parish and diocesan events. The young people’s ages range from 16 to 26.

Anahí Naranjo, 21, said she is grateful for the opportunity to meet young people from around the world who share the Catholic faith.

“We will see how we all speak different languages and come from different places but have this in common,” she said. “To share that time with Pope Francis will be incredible.”

“Sometimes it’s hard to find time for your faith. Even though this is when you need it the most,” said Naranjo, a college student who is originally from Ecuador. “Going to World Youth Day will remind us what life is all about.”

The group has overcome many challenges during their preparation including raising enough money to pay for the pilgrimage fees.

Alejandrina Ochoa, 17, a pilgrim who is also involved in the parish’s Jornada Movement, said the youth have been working hard by selling food after Mass to raise money for the pilgrimage.

She was thankful for the support of parishioners, especially groups like the Knights of Columbus who have donated items for raffles. Other families – whose children were not able to go to Poland ­– sold chocolates to help the youth fundraise.

“We are mostly immigrants in our community and our families don’t have that much money,” Naranjo said. “We thought that fundraising was going to be difficult but people at the parish had faith in us.”

Their last fundraising event will include a raffle for a motor scooter, a TV and a kindle on July 10. All items were donated to help the youth’s fundraising efforts.

Father Ortiz also thanked the parents of the young people for prioritizing their spiritual growth.

“This is a great opportunity,” Ochoa said. “I know we will come back encouraged and with that fire (of the faith). I hope to share that first at home with family, siblings and also with the whole church.”

Another challenge the group faced had to do with acquiring temporary travel permits for pilgrims who are not permanent residents.

Seven of the pilgrims have Deferred Action for Childhood Arrivals (DACA) status, which allows them to receive a renewable two-year work permit but does not allow for travel outside of the U.S. Father Ortiz said that the parish – with a supporting letter from Father Gerard Sauer, diocesan pilgrimage director – ­ applied for a temporary travel permit for these pilgrims.

“We are waiting to hear back from Homeland Security to see if the permits have been approved,” he said.

These temporary and conditional international travel permits for those with DACA, called advance parole, are issued to allow reentry into the U.S. after a person with DACA travels for humanitarian, employment or educational purposes.

Father Ortiz added that the fact that the pilgrims want to use this temporary permit to live out their faith in Poland – as opposed to visiting their families in their countries of origin – speaks of how important Jesus Christ is to them.

Diana, 24, one of the seven pilgrims waiting to hear back about the temporary travel permit, says that getting the permit and traveling to Poland is up to God’s will. Like many parishioners at St. Brigid, she is originally from Ecuador.

“At the moment I cannot travel but I have faith and I know God acts according to His purpose and His time,” she said. “God’s time is perfect and things happen when He wants and not when you want.”

Diana, who hopes to travel to Poland with her older brother, says that God has opened doors before. Thinking especially of her brother, she hopes they can both increase their trust in God.

“I hope this improves and strengthens my faith,” Diana said. “That I could feel God’s presence in me.”

Saying that God always provides, Father Ortiz added that the pilgrims are ramping up their last efforts before the trip. In addition to one more fundraiser, they are also meeting weekly to prepare spiritually and to be attentive to the inspirations of the Holy Spirit.

“This is not a leisure trip or a chance to be tourists – it is a pilgrimage,” he said. “There will be sacrifices. The young people are looking forward to live their faith with others.” 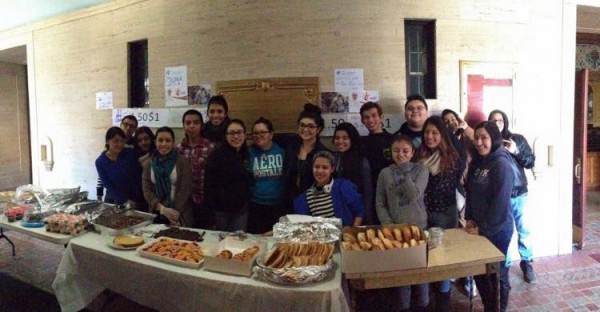 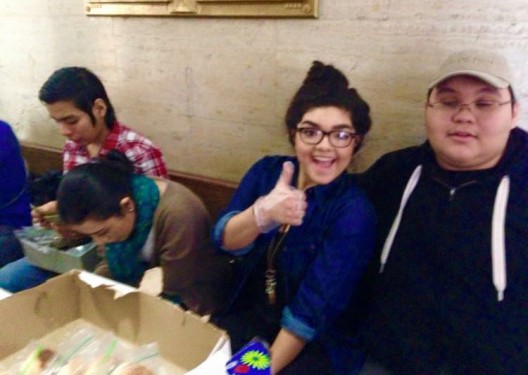 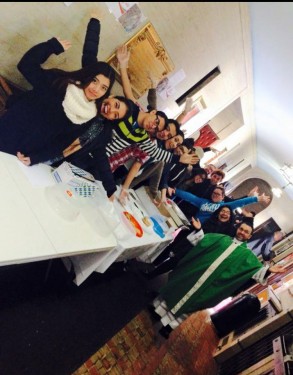