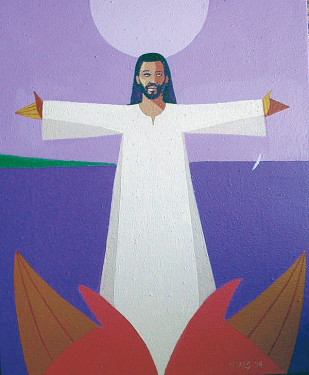 Station 11, Jesus Is Nailed to the Cross, is depicted by an original 18x14 inch acrylic painting on canvas created by Otto Neals. 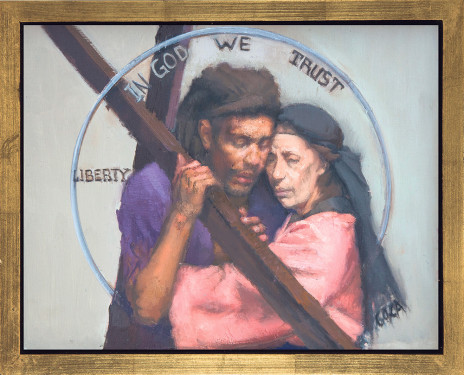 Station Four: Jesus Meets His Mother, created by Sylvia Maier, in the form of an oil painting on linen 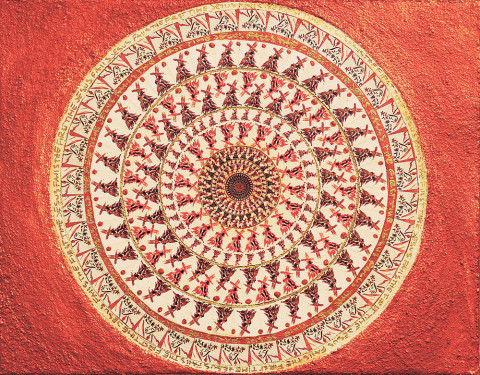 Station Three: Jesus Falls for the First Time, created by Pamella Allen, in the form of a 18x14 inch piece made of acrylic sand and mixed media on canvas 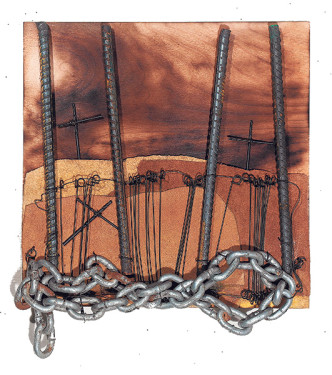 Station One: Jesus is Condemned to Death, created by Joseph Anastasi, in the form of a 14x16 inch piece made of mixed media 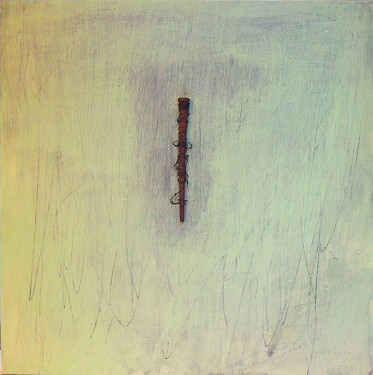 Station 14: Jesus is Laid in the Tomb, created by Andrea Spiros, in the form of a 14x14 inch wood panel with antique hand cut iron nail 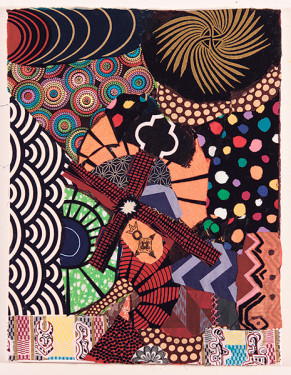 Station Two: Jesus Takes Up His Cross created by Danny Simmons in the form of a 18x11 inch collage 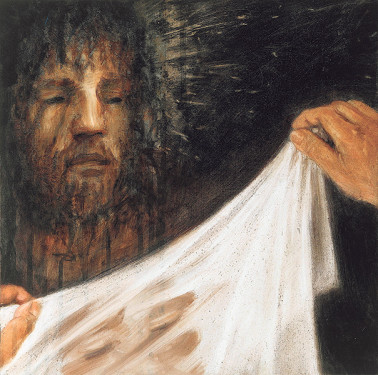 Station Six: Veronica Wipes the Face of Jesus, created by Audrey Anastasi, in the form of a 14x14 inch oil painting on birch plywood 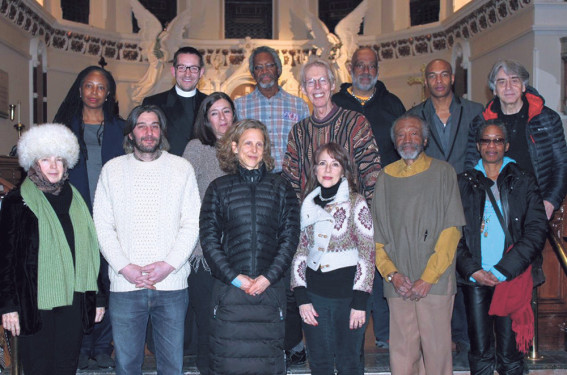 Fourteen different artists of various faiths, including Catholic, Episcopalian, Buddhist and agnostic, came together to produce one Way of the Cross, currently on display at St. Luke and St. Matthew Episcopal Church, Prospect Heights.

Anders Knutsson, curator of the exhibit and member of the Episcopal Church, asked artists he has worked with in the past to each create one piece of artwork to represent one Station of the Cross. Each artist created a unique station made with various media.

“The 14 different stations feel very Brooklyn,” said Father Michael Sniffen, rector of St. Luke and St. Matthew Church. “In the diversity they all seem to fit together.”

Two years ago, a fire damaged the interior and entrance of St. Luke and St. Matthew Church. During the reconstruction efforts, the permanent stations were taken down from the church interior. That is when Audrey Frank Anastasi lent the church the Stations of the Cross she originally created for the Catholic Oratory Church of St. Boniface, Downtown Brooklyn, as part of its “Art in Lent” series.

Doris Schultz, a businesswoman who is part of the church vestry, similar to a parish council in the Catholic Church, had the idea of bringing in different artists to the church to create new stations. She wanted to help artists develop their skills and encourage them to create religious art in a self-sufficient way. So she recruited her husband, Knutsson, who has been part of the Brooklyn art world for 2 years, to organize an exhibit.

Although the artists all volunteered to make these pieces of art, Schult hopes to compensate them for their time with fund raising efforts. The art is already scheduled to appear in churches and galleries around the country. She also hopes to make a catalogue sponsored by donors.

Father Sniffen said there was a great tradition in the past when churches supported artists, who created masterpieces throughout the centuries. Unfortunately, by and large, that tradition has been lost. He said this effort to outreach to artists is a way to help revitalize that tradition, which he hopes to continue in the future.

He said bringing in artists and their work to St. Luke and St. Matthew Church has been beneficial as an outreach effort.

“It’s a way to interact with the folks of the community that the church might not otherwise interact with,” he said.

He said it is important to reach the community on a common ground, which in Brooklyn means an attention to the arts. He said all people, regardless of their religious background, can relate to the story of Jesus’ non-violent resistance to imperial powers.

Knutsson said another universal message of the Crucifixion story is that of a man being brutalized for a crime that he did not commit. He said this injustice is one that has been felt by all generations in human history.

Anastasi, one of the artists in the exhibit who is not a Christian, said creating devotional art has an incredible impact on the artists. She said it is impossible to be subjective with a story like this and it requires the artists to meditate upon the pain of the Passion.

Explaining her interpretation of Station Six: Veronica Wipes the Face of Jesus, she said she wanted to show the pain but also the peace that Jesus was facing. She did not want to focus on the gory details, but instead show the serentity in His knowledge that He is fulfilling a prophecy.

Her husband, Joseph, depicted Station One: Jesus is Condemned to Death.

“I’m Catholic. I see the stations in every church I go to. And I go right past them,” he said.

Creating his own artistic interpretation of the station, Joseph said, has forced him to reintroduce himself to the Stations, and look at them in a new light.

Father Sniffen said the members of his church community have similarly benefited from the Stations. The rector said it is easy for people of faith to get used to the signs that represent their religiosity.

“This is a completely fresh way to put people in touch with the foundation of their faith,” he said.

Father Sniffen invites anyone who wishes to see the Stations to visit them from 9 a.m. to 4 p.m, Monday to Friday. The stations will remain on display until April 10. They will then move to Borough Hall, for an opening on April 17, 4-7 p.m.

Any church or gallery that wishes to host the Stations or to become a sponsor is encouraged to email Anders Knutsson, a.knutsson@verizon.net.