In response to the acts of terrorism that killed over a hundred people in Paris on Nov. 13, people gathered in Carroll Gardens to serve as lights in the darkness.

“It only takes a drop of purity to clear a cesspool and there is more than a drop here,” said New York City Council Member Jumaane Williams.

Christian, Muslim and Jewish religious leaders joined local politicians and residents for a candlelight vigil at Carroll Park Nov. 15 coordinated by the Diocese of Brooklyn and the Office of the Brooklyn Borough President. Bishop Nicholas DiMarzio was unable to attend the vigil in person because he was in Baltimore for the bishops’ national meeting.

Williams thanked Borough President Eric Adams for helping coordinate the vigil and for flying the flags of Kenya and Lebanon, along with the French and U.S. flags, showing solidarity for the victims of terrorist attacks in recent days around the world.

“As Americans we will never surrender to fear, no matter what the terrorists attempt,” Adams said.

From the park, the vigil continued through the streets of Carroll Gardens and into St. Agnes Catholic Church on Sackett St.

“It’s at the foot of the Cross that we gather tonight,” said French native Father Paul Anel. “More then ever, our task, our vocation, is to carry the cross, the Cross of Christ, the cross of the victims and their families.”

Father Anel, a priest from Heart’s Home, Fort Greene, who offers Mass in French every Sunday at St. Agnes, encouraged the congregation to look to Mary as an example, who stood by the cross “not because she was stronger than us, but because she believed, hoped and loved.”

It is faith, hope and love that are most needed now, Father Anel said.

Elise Colinheau, a recent French immigrant came to the interfaith vigil and prayer service with her two young children because she wanted to be among a supportive community.

“When I heard what happened, I felt alone, because we are so far away,” she said, adding that distance has also made her feel powerless. “I wish I could hug my friends,” who live in Paris.

She said she used to attend church as a child, but would probably not have come to the service if it was only a Catholic event. She said it gives her hope to see Christians, Jews and Muslims pray together.

“I would like my children to know that there is another way, other than war and violence – I hope,” she said. “It is a familiar feeling for me to come to church today and to reflect on what is going on.”

Colinheau said she feels pain for the victims of the attacks and their families and for her Muslim friends in Paris who are likely to suffer for something they had nothing to do with.

The French woman said she fears for her native country as a whole, both from external and internal dangers. She said France is in danger of being attacked again. She also fears that political extremist with violent aspirations may use the current climate in France to gain political power.

“It’s the first time in many years that there has been an act of war against France,” she said. “I’m afraid for what my country may become.”

However she said she feels heartened by the world’s support. She said it makes sense for the world to be shocked by these events because Paris is a symbol of freedom, especially to the American people, whose close relationship with the French dates back to the beginning of U.S. history.

“It’s very comforting to feel the support of my American friends,” she said.

St. Agnes Church, a worship site of St. Paul-St. Agnes parish, offers a French Mass every Sunday in its chapel. Msgr. Joseph Nugent said the chapel was standing room only Nov. 15 and people have come forth to ask about expanding the ministry.

In response to the people’s initiative, Msgr. Nugent said the parish will offer weekly eucharistic adoration for an hour before the regularly scheduled 11 a.m. French Mass and will start monthly religious education classes for French children. 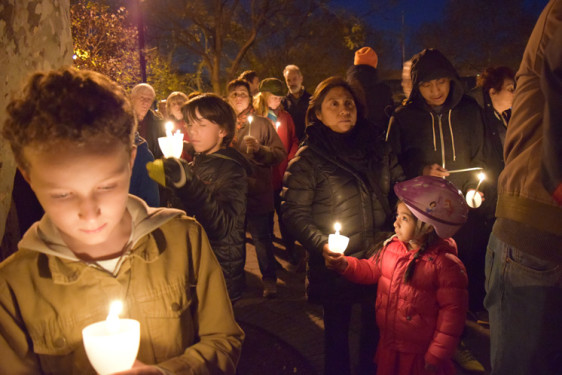 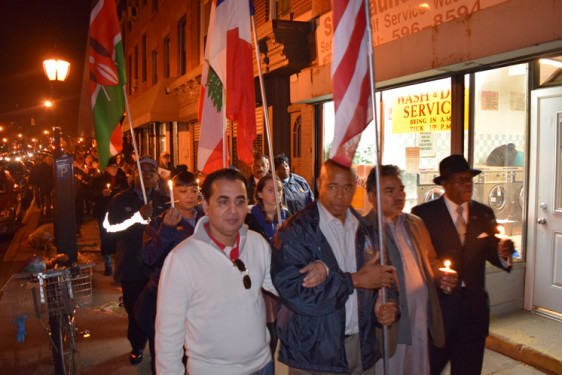 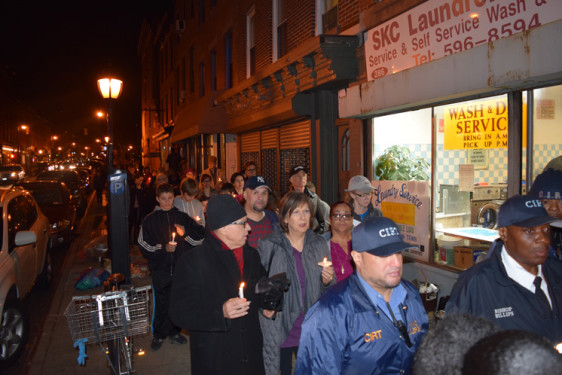 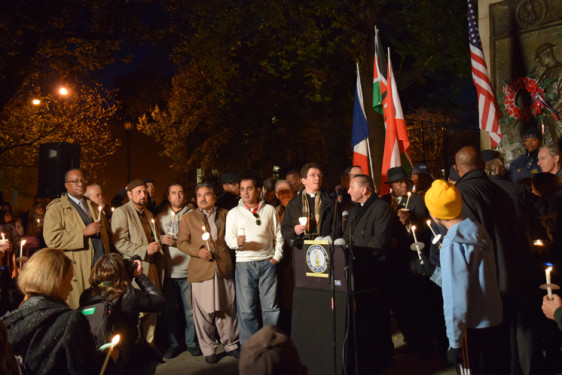 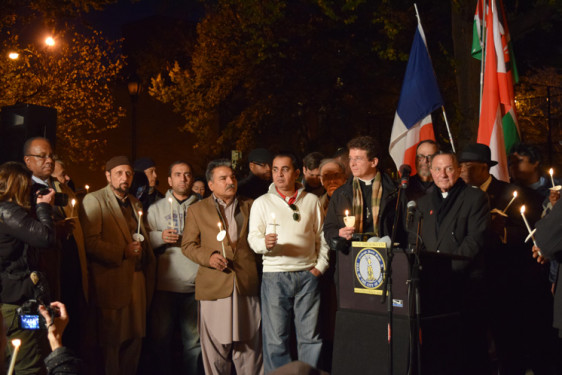 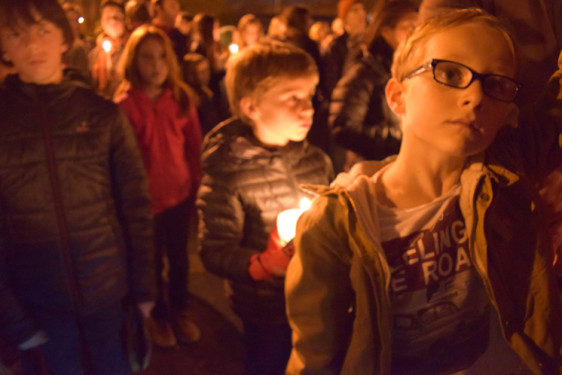 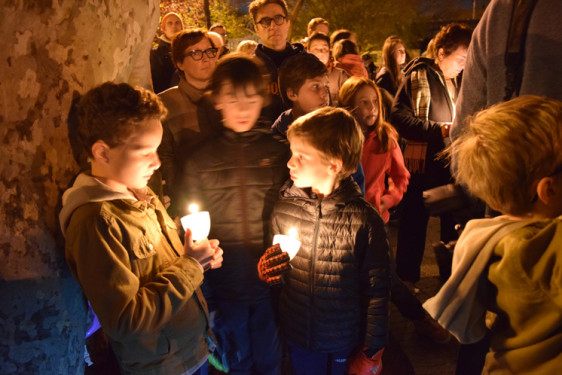 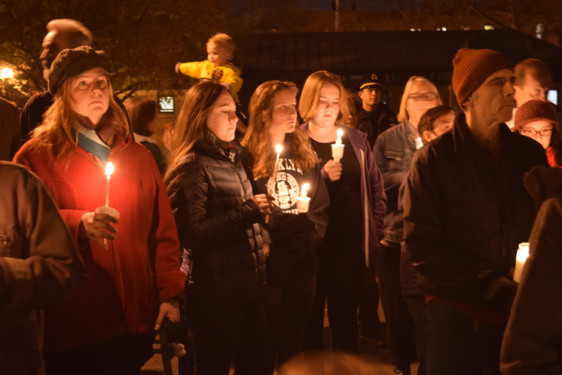 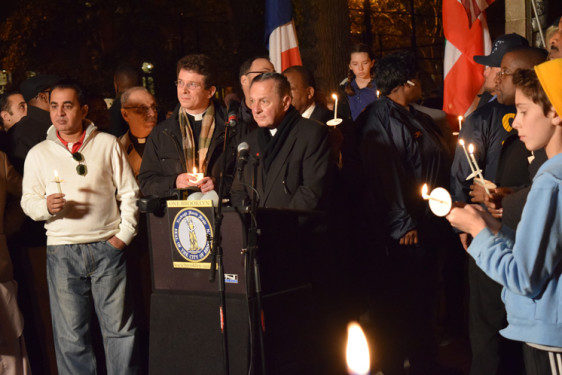 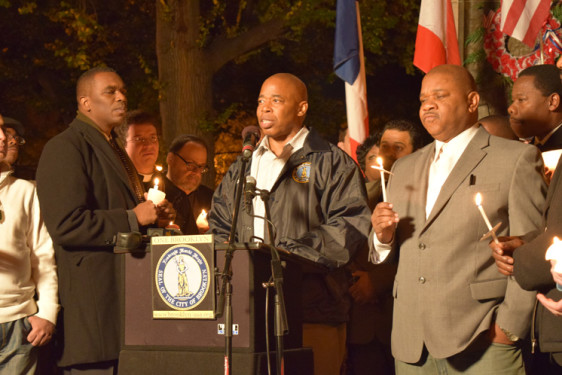 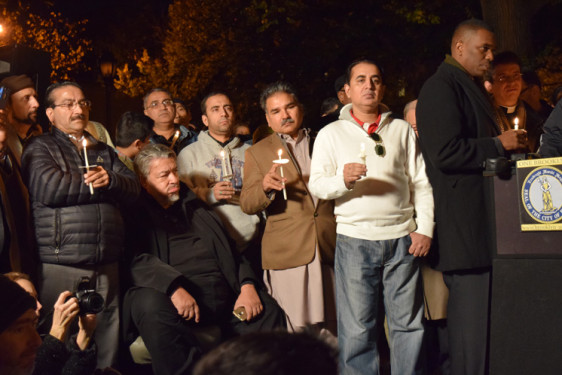 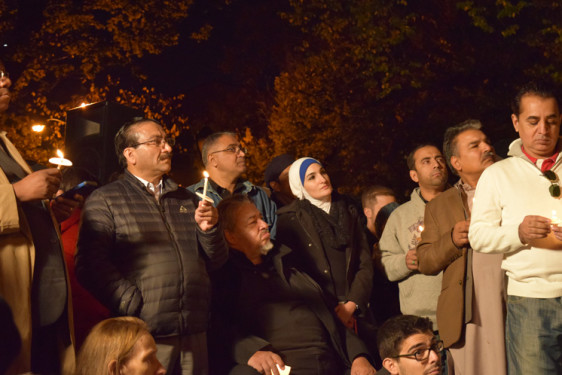