Whether it’s creating a pot filled with tasty chili made from scratch for Super Bowl Sunday or dousing enough vanilla on strawberries for St. Valentine’s Day-themed treats, students attending the new cooking club at Holy Cross H.S., Flushing, were counting culinary skills as a part of their recipe for success.

Since the club started in January, the sous-chefs under the command of science teacher Joseph Bailey met every Thursday after school on the fourth floor kitchen ready to practice cutting, chopping, mixing and stirring a variety of dishes based on the season’s theme.

For Lent, students were making a meat-free option: ‘grown-up macaroni and cheese’ that acts more like comfort food rather than a healthy option.

“I feel like cooking is one of those things that is the intersection of a lot of math, a lot of science,” said Bailey. “The culinary arts are basically using fire and changing temperatures and changing the chemical molecular structure of things by cooking. With math, you got all the formulas and all the different quantities and also with science you got to be very precise with your measurements, especially on the baking side.”

Senior Guillermo Martinez, also known as the ‘pot master’ because he’s in charge of the stove pots, has attended every meeting.

“I like eating a lot,” said Martinez, “but cooking, at first, I didn’t like it too much, but then I thought hey, because I tried doing it at home a bit and I actually enjoyed it.” 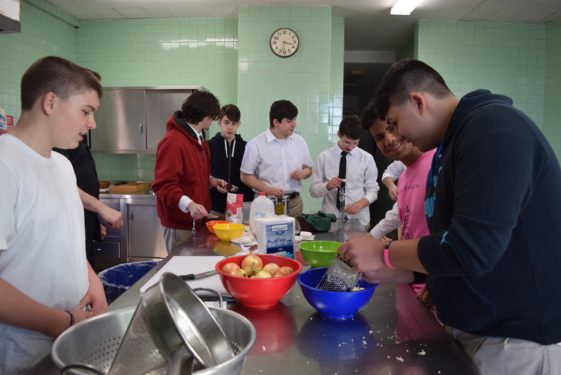 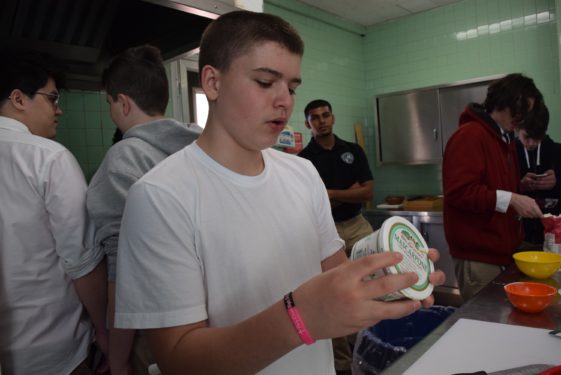 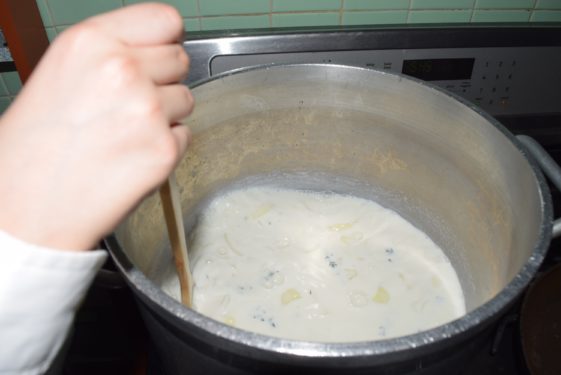 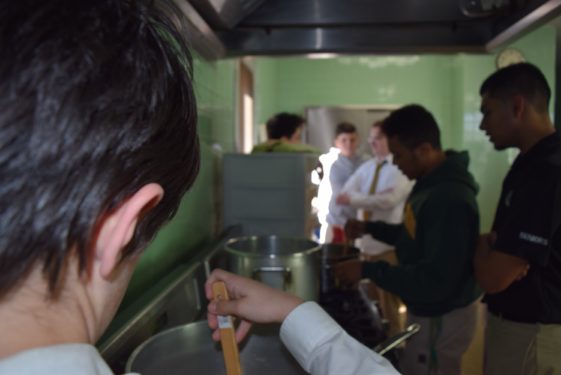 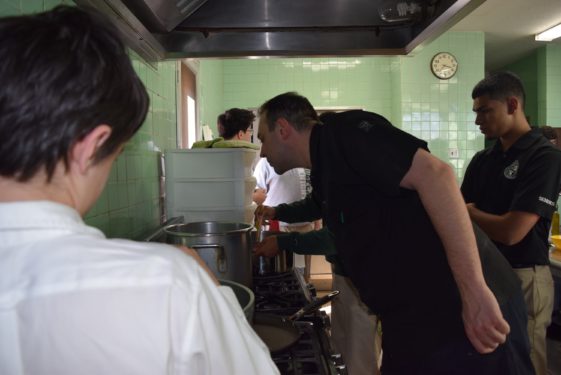 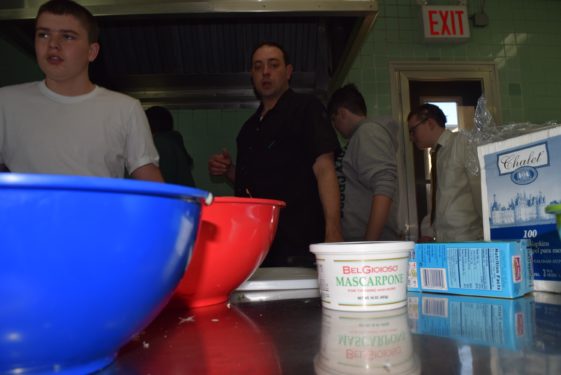 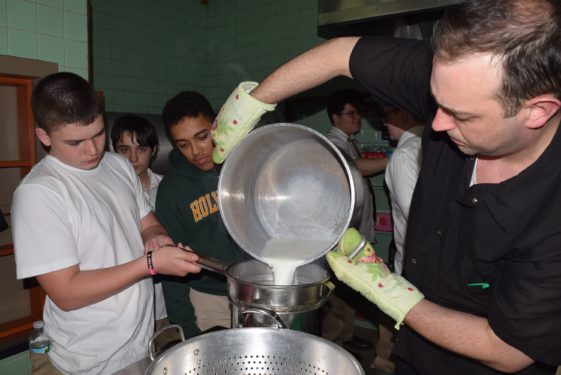 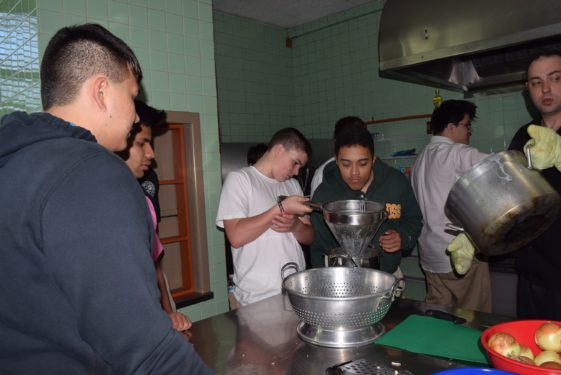 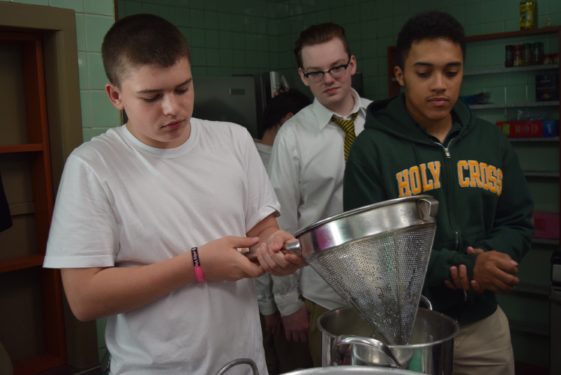 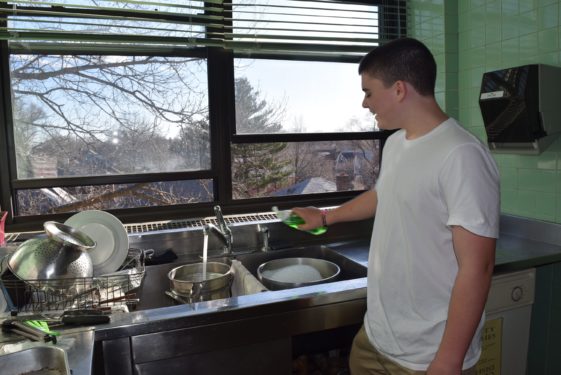 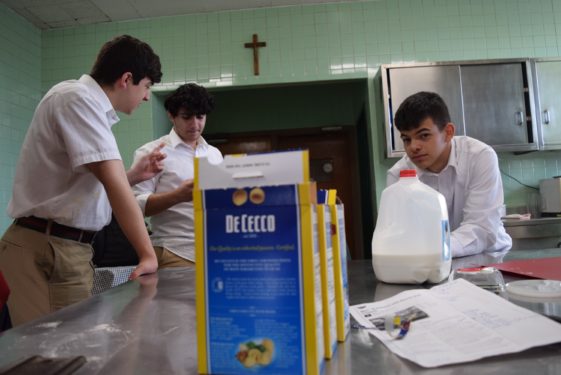 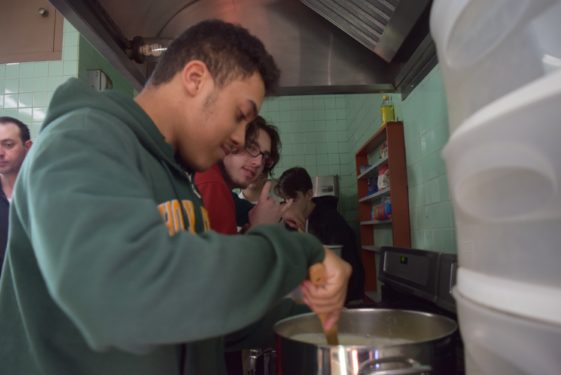 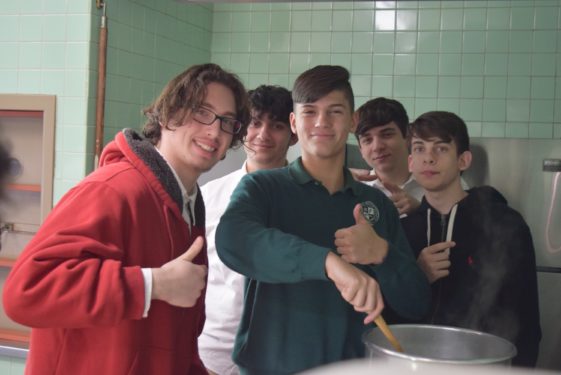 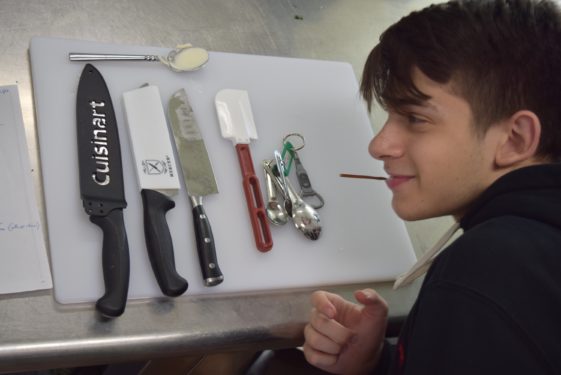 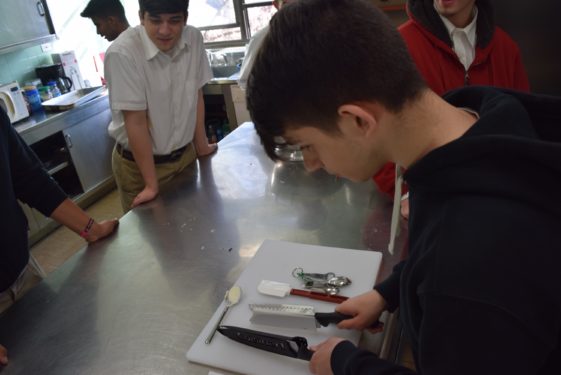 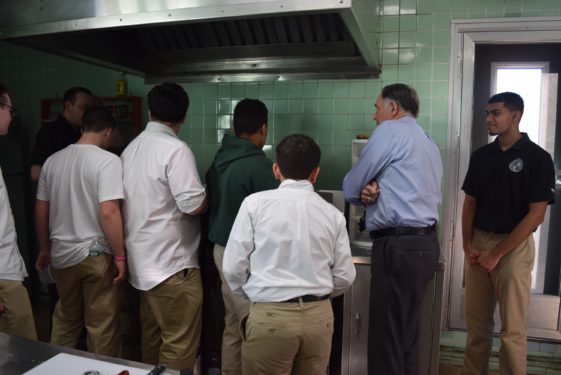 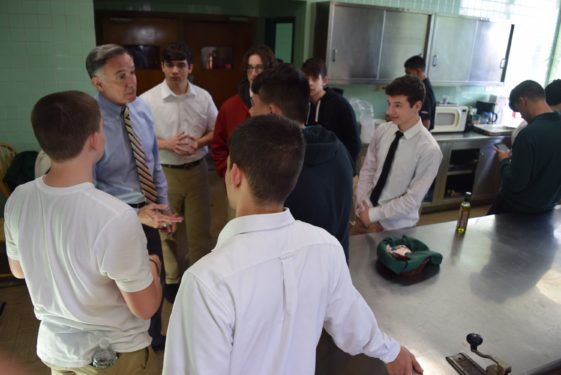 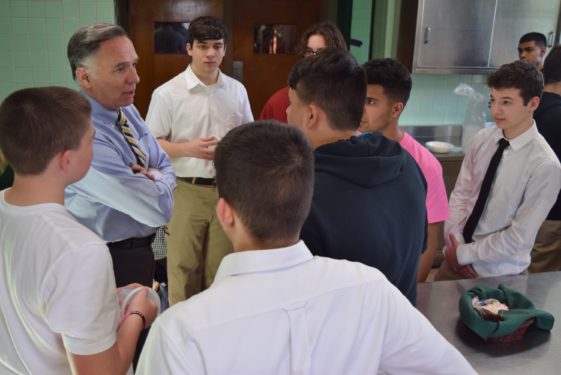 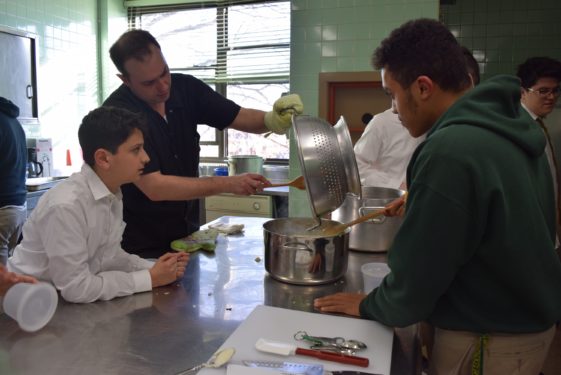 The lively group gathered around a silver metal table and grated mozzarella and Parmesan cheeses, while others chopped onions and garlic, or measured pasta shells for the day’s recipe.

For first-time club attendee and senior Brandon Mahabir, he joined because not only does he not cook at home, but he also wanted healthy food options that won’t take a toll on his wallet when he goes off to college.

“I want to dorm in college, but I don’t want to cook ramen noodles every single night,” said Mahabir, who plans on majoring in finance. “So I kind of have to learn how to cook and I might as well join.”

With the new club doubling in size since it first started, Bailey doesn’t foresee turning the lights off for his chefs-in-training.

After the dish was completed and then distributed to everyone, students didn’t shy away from the second part of being in the kitchen: cleaning-up.

For the ‘Lenten Mac ‘N Cheese’ recipe that Mr. Joseph used, click here (it will take you to a separate website): RECIPE  (disclaimer: the link leads to a base recipe, but he suggests mushrooms and/or green peas to substitute the meat options)