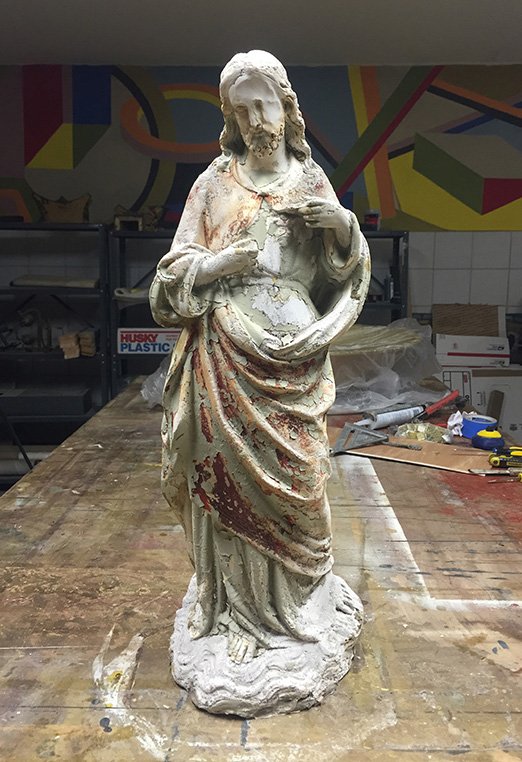 The Sacred Heart of Jesus statue stolen from outside Saints Peter and Paul Rectory on the Southside of Williamsburg was returned to the parish on Friday morning, May 6.

Just hours after thieves took off with it in the wee hours of last Saturday morning, a Brooklyn man found it in a trash can outside his home near South 3rd St. between Berry and Bedford Avenues. The man took the statue and gave it to his mother, who kept it in her apartment.

After seeing local news reports indicating the statue had been stolen, the family realized it belonged to Saints Peter and Paul parish, where they sometimes attend church services. They contacted the rectory and returned the statue to Mother Bendita, an Argentinean nun who heads the convent there.

The stolen statue was donated by a couple in New Jersey, an heirloom they say was in their family for about 100 years. It was donated in 2012 to replace a similar statue – also stolen from outside church property.

Police are still looking for the three thieves who were caught on video taking the religious item.