BROAD CHANNEL — Rocco Pisani celebrated his 11th birthday on Oct. 7 at Cohen Children’s Medical Center while receiving intense chemotherapy treatments. He was diagnosed with leukemia in May and has been going into the hospital every 10 days for three-day stays.

“He hasn’t been too sick, though there have been a few bumps in the road that were scary,” Rocco’s mother Jamie told The Tablet. “He’s so strong and has been really tough, which makes it easier on us because no one wants to see their child suffer.”

Rocco is currently near the end of the six- to seven-month post-diagnosis, first-line intense chemotherapy treatment he started in May. After the first month of treatment, no leukemia cells were detected in Rocco’s bone marrow. However, his treatment protocol calls for undergoing an additional three years of outpatient and inpatient chemotherapy, on a less frequent basis, to ensure cancer doesn’t return.

Jamie said the diagnosis was an unexpected and scary shock to her family, considering how healthy and physically active he was. Rocco was a multi-sport athlete, including playing on St. Virgilius-St. Camillus’ Catholic youth organization baseball team in Queens.

“We sat together and cried a little bit, but Rocco was actually the one who said, ‘It’s fine, Mommy. God has a plan. We can do this, and I’m going to inspire people,’ ” she explained. “It was amazing because he was just 10 years old. It didn’t even come from me — it came from him.”

“When you’re faced with a situation like this — or any kind of challenge in life — there’s really no other option but to put it in God’s hands,” Jamie continued. “At least that’s the way it is for us and our family, and I think that’s what has carried us through this. You would think we’d be angry, but I think this strengthened us. When we pray, we thank God because we feel like it’s an opportunity to help other people.” 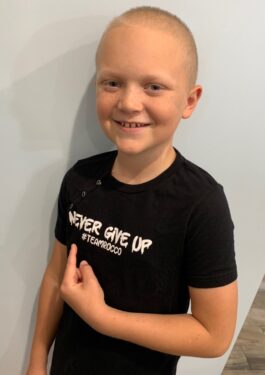 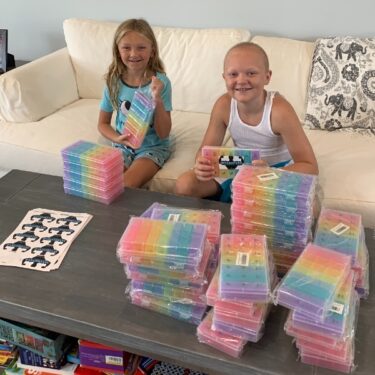 Rocco and his sister Charlie prepared to label 100 pill organizers for recently diagnosed kids in the Cohen Children’s Medical Center. 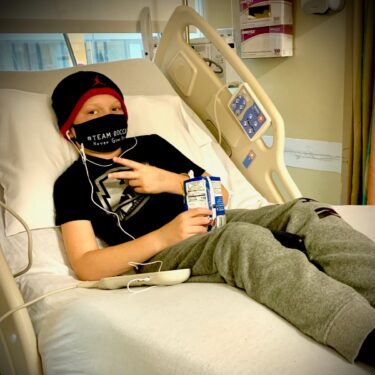 Rocco in the hospital in early June, sporting a #TeamRocco face covering. 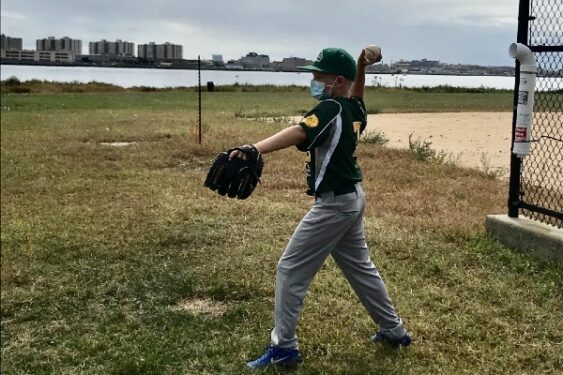 Rocco was able to play a few innings of baseball for the first time in months with his team (playing against Resurrection-Ascension) on Sept. 27 because his levels were up. 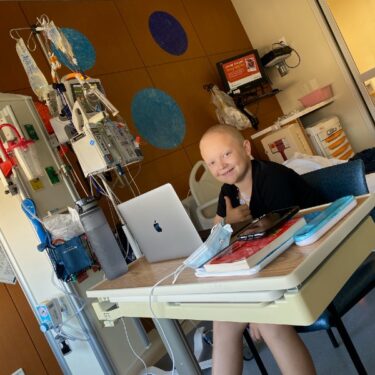 Rocco in the hospital in early October.

When Rocco grows up, he wants to be a personal trainer. So, in the last few months, Rocco has been inspiring others and keeping friends and family up to speed on his remission process through his Instagram fitness account. The page has garnered nearly a thousand followers since launching in late June. Rocco posted a workout schedule on his hospital room wall during his first month of treatment — exercising even on days he felt too weak to move. His workouts included bicycle kicks, stationary lunges, and bicep curls with mini water bottles instead of weights. Now he remains dedicated to working out at home whenever he can, doing push-ups, squats, and sit-ups to stay fit.

Rocco has also been helping children his age who have been diagnosed with cancer. Last week, for example, the nursing staff at Cohen’s decorated his hospital room and gave him a birthday gift card. Rocco said he wanted to give it to another child who might need it more than he does. He also previously donated 100 multi-colored pillboxes (that feature a #RoccoStrong logo and his “Never give up” motto) to help newly diagnosed kids keep track of their medications when they return home from the hospital.

“I know God put me on this earth for a reason,” Rocco said last month on his Instagram page. “My reason is to inspire others.”

According to Jamie, her son has always been selfless since he was little, but he exemplifies these kind-natured qualities even more so now while he’s in remission.

“Everyone’s handed challenges, but you try to be positive and try your best to help people and to inspire people,” Jaime continued. “That’s what’s most important to Rocco.”