From July 7 through July 11, it seemed as if St. Kevin’s Church, Flushing, was temporarily transformed into a zoo.

That’s because the church was crawling with “little critters” at the parish’s first-ever weeklong Vacation Bible School.

The theme of the week was “Totally Catholic Vacation Bible School – Weird Animals – Where Jesus’ Love Is One-of-a-Kind!”

The 25 children in attendance – ranging in age from 4 to 11 and combining students from St. Kevin’s Catholic Academy and local public schools – embraced this theme as they learned about their faith by celebrating God’s unique creation. 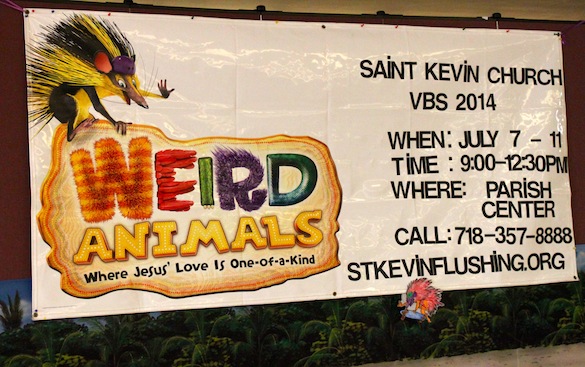 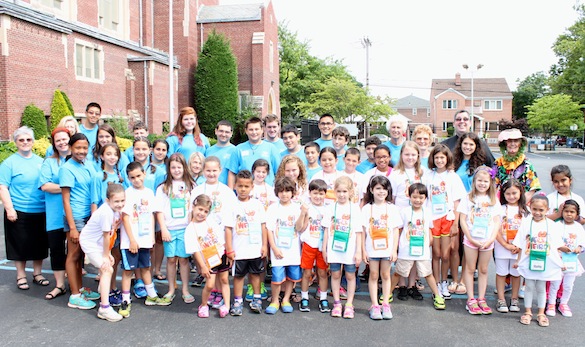 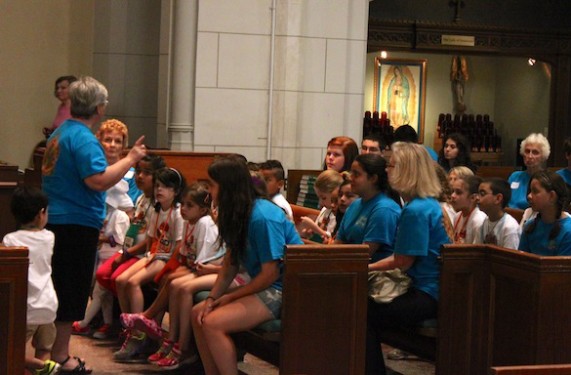 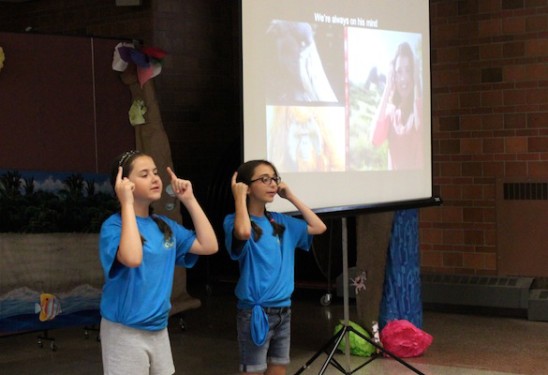 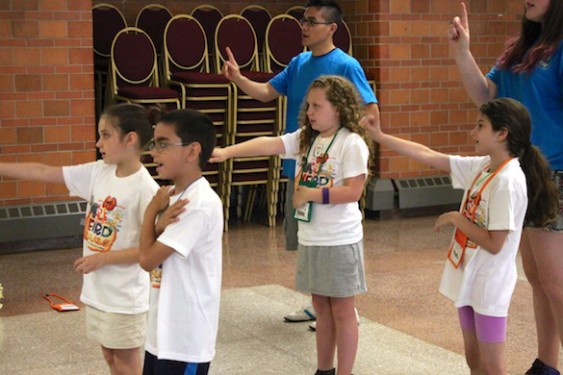 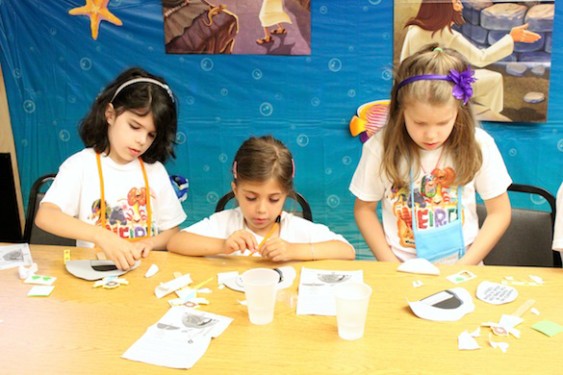 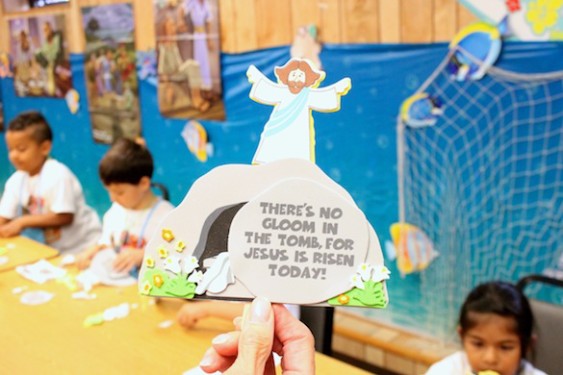 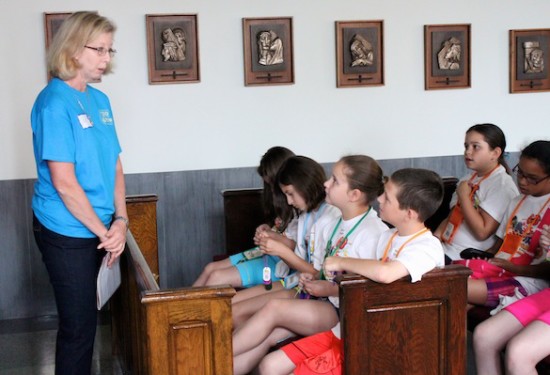 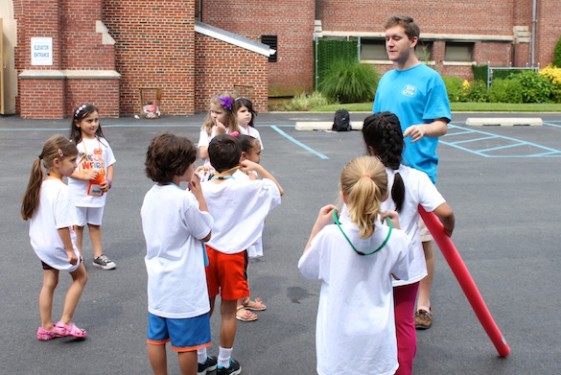 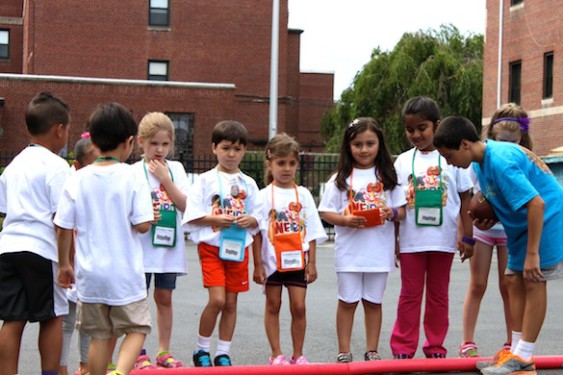 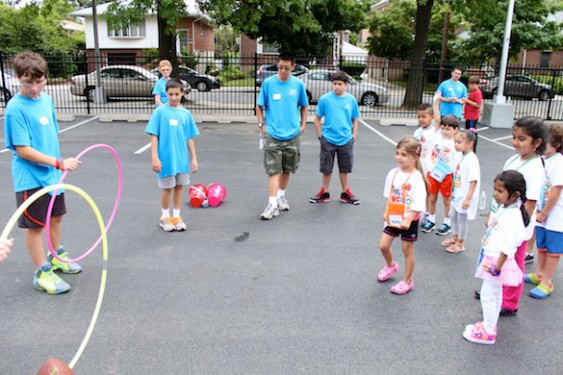 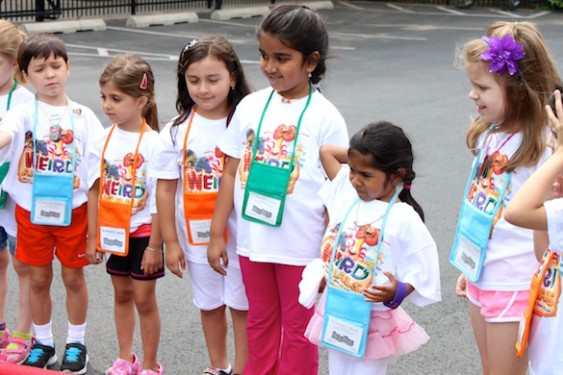 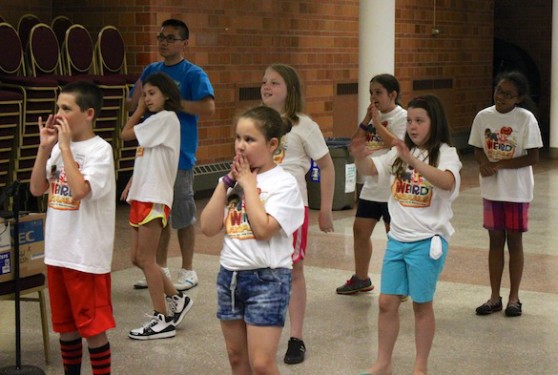 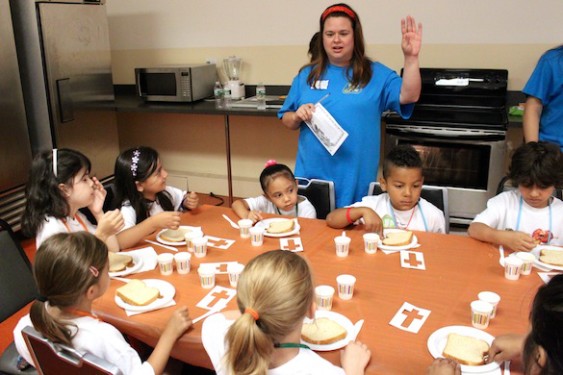 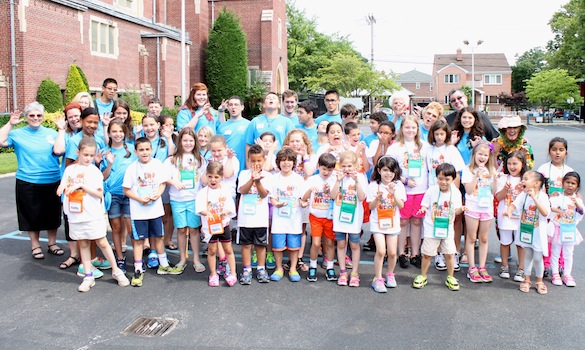 Auxiliary Bishop Raymond Chappetto, pastor of St. Kevin’s, said the purpose of the week was for the children to grow in their faith during their summer vacation without even realizing that it’s happening.

“It’s very exciting to see the children so happy and so excited to be here,” Bishop Chappetto said. “They’re learning their faith and the Bible, but they’re also having fun doing it. That’s the bottom line of the whole program.”

“It helps the children to understand that faith is not just a lesson in the classroom,” said Agnes Rus, the parish’s director of faith formation. “It can also be fun.”

Over 20 volunteers, including teenagers and adults of all ages, guided the children through the program. They were dubbed the “Zoo Crew” to fit the theme of “Weird Animals.”

Each day started with Mass in the church with the children in the front pews. From there, the large group was split into three smaller groups rotating between different stations – all of which fit into the individual theme of the day.

At the “Sing and Play Stampede” in the church basement, the children followed along with a DVD as they sang and danced about how much Jesus loves them. In the “KidVid Cinema,” the children watched a short movie in the chapel and then engaged in a discussion. The “One-of-a-Kind Bible Adventures” featured a different arts and crafts project each day in the parish center that went along with the particular theme.

“We’ve been learning about God and that His love is with us all around the world,” said Elena Ghaleb, a 9-year-old rising fifth grader at St. Kevin’s Catholic Academy.

“We’ve learned about Jesus and how He loves us,” said St. Kevin’s rising fifth grader Nicholas DiVittorio, 10. “No matter what Jesus loves you.”

The kids also enjoyed “Untamed Games,” which were outdoor games and activities, and the “Critter Café,” in which they decorated their own snack each day. The theme of “Weird Animals” resonated well all week with the children.

“The program designers set it up in a way that can relate to children, and that’s the key – that they can understand the message in their own language and their own culture,” Bishop Chappetto said.

Each day also celebrated a different saint, including St. Marianne Cope, St. Joan of Arc, St. Francis of Assisi, St. Bernadette Soubirous and St. Martin de Porres. The children displayed what they learned on the last day during a closing assembly for all of the families.

It had been Bishop Chappetto’s dream to bring a Vacation Bible School to St. Kevin’s parish since he arrived as pastor in June, 2012. He ran a program at St. Jude’s parish, Mastic Beach, L.I., when he was a seminarian.

“I found that it was a great way for the children to learn about their faith during the summer because they can never learn enough about it,” he said. “I’m kind of reliving my youth.”

When seminarian Robert Mema, who just completed his first year at St. Joseph’s Seminary, Dunwoodie, N.Y., came to Bishop Chappetto with the idea to start a weeklong program at St. Kevin’s, the bishop couldn’t have been happier.

However, after laying the groundwork of the program for six weeks, Mema left for Costa Rica to study Spanish. But before he left, he asked two seminarians from the Cathedral Seminary Residence in Douglaston – Anthony Marcella and John Crozier – to help lead the program.

The families of the campers were so pleased with the program, Bishop Chappetto said, that many parents asked for a second week. Already the goal for next summer is to have a two-week camp that includes a larger number of children.

“God’s love is amazing,” said Father John Costello, administrator at St. Kevin’s, “and that’s what this week is all about.”