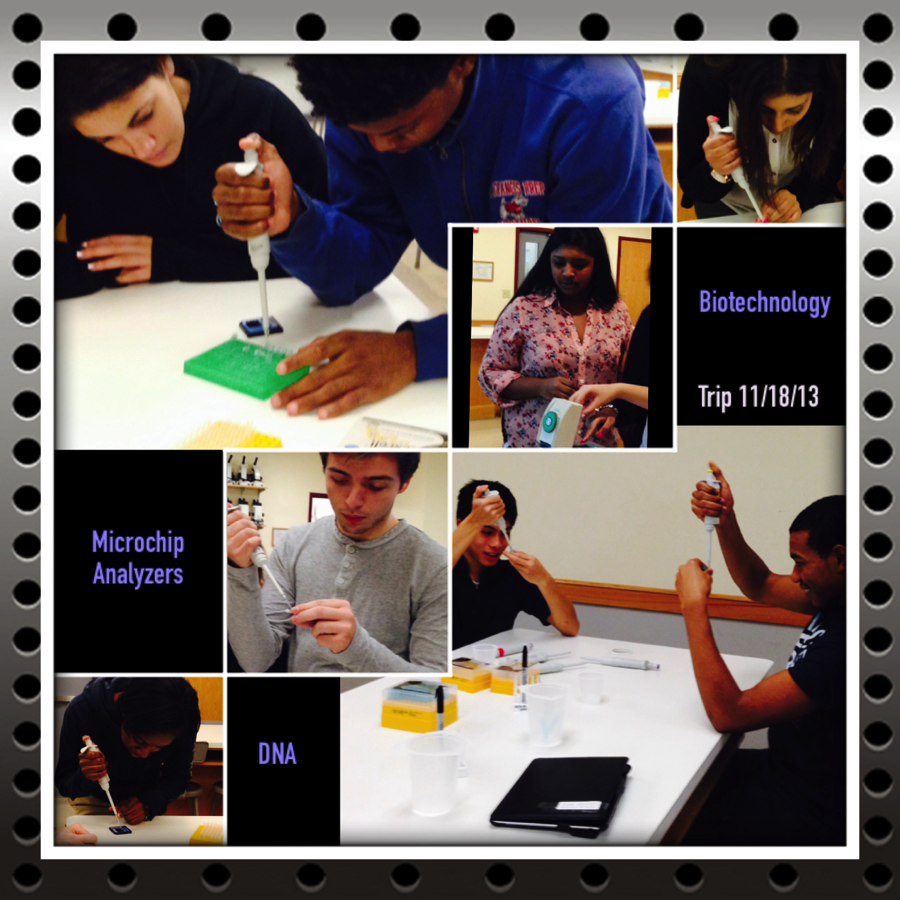 This trip was unique because we got to work with technology, in the form of a microchip, that very few high school students have had the privilege to work with before. We learned about the theory behind jumping genes and their origins as well as the skills necessary to locate one in our own DNA.

Everyone in the group received a DNA electropherogram, a plot of the results of gel electrophoresis, which contained their DNA which either proved heterozygous or homozygous for the Alu element.

The objective of this experiment was to isolate and observe the jumping gene Alu on locus PV92 of chromosome 16.

We didn’t have much time to complete the procedure so we had to be both accurate and precise with the skills we had previously learned.

The procedure was intensive and required complete focus. During the process, we had to work with small amounts of liquid measured in microliters. If a measurement was off by just one half of a microliter, it could throw the whole experiment off. We had to be sure we didn’t make any mistakes. If there was more time, it would be less stressful, but we had to work with the time we had. We were lucky to have both our teacher and the scientist there to help us.

This trip gave me a much better understanding of biotechnology because I was actually working like a biotechnician. I got to see how a biotechnician must be both skilled and focused to complete his or her job. I also got to see the North Shore-LIJ Clinical Core Lab, a revolutionary new lab that is mechanized with robotic arms and conveyor belts which prepared blood samples for the lab techs to work with. This was great to see because it gave me a glimpse of how I will be working in the future if I go into biotechnology.

Santos is a senior at St. Francis Prep