The theme of the XXXI World Youth Day is: ‘Blessed are the merciful, for they shall obtain mercy’ (Mt 5:7). St. Faustina and St. John Paul II are the patrons of the upcoming WYD in Krakow, Poland, July 26-31. 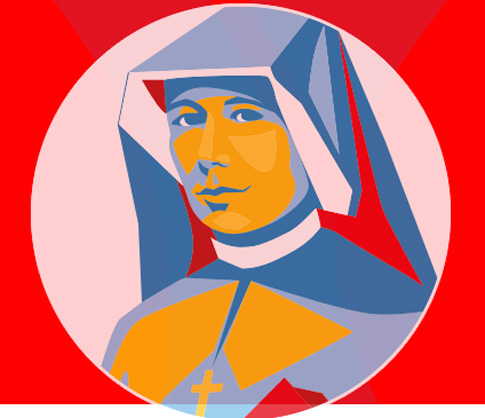 Known for: Proclaiming the truth about God’s Divine Mercy to the world through her own life, her prayer, words and actions. The words of Jesus that she noted in her diary – which have been translated into 30 languages – became light and consolation for future generations. Since the appearance of Jesus to St. Sister Faustina, Mercy has been radiating from Krakow-Lagiewniki to the whole universal Church.

Did you know? Sister Faustina (born as Helena) came from a very poor family that had struggled hard on their little farm during the terrible years of WWI. She joined the convent at 20 years old and hers were the humblest of tasks in the convent, usually in the kitchen or the vegetable garden. Jesus was preparing her for a great mission. To fulfill her mission, Sister Faustina received other gifts: she was able to see Jesus and talk to Him, to participate in the events of His life, and to take a peek beyond the mortal world – to see the reality of heaven, but also the reality of hell. Entrusting her with this incredible mission, Jesus said: “Today I am sending you with My mercy to the people of the whole world” (Diary 1588). The painting with the inscription “Jesus, I trust in You” is the visual sign of this message.

After her death: On April 30, 2000, Pope St. John Paul II not only included her among the saints but also fulfilled Jesus’ wish by establishing Divine Mercy Sunday, on the second Sunday of Easter, for the whole Church. — courtesy krakow2016.com 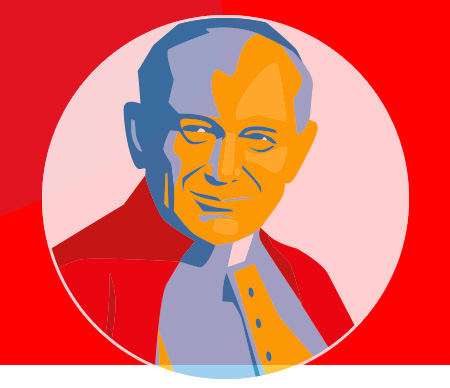 Known for: Established World Youth Day. Known as the pope of the family and life.

Did you know? Father Karol Wojtyła (Pope John Paul II) was the first pope in 456 years who was not Italian but Polish. On the day of the inauguration of his papacy, in his first speech delivered from the window of the Apostolic Palace, just before Angelus, John Paul II addressed the young with the earnest words: “You are the future of this world. You are the hope of the Church. You are my hope!” Meeting young people was of utmost importance for the Pope.
John Paul II visited his homeland nine times: in 1979, 1983, 1987, twice in 1991, 1995, 1997, 1999, and his last visit took place in August 2002. Every time he was in Poland, he met with Polish youth, for example in front of the famous Papal Window in Krakow at 3 Franciszkanska Street.
With his emphasis on the universal call to holiness, he beatified 1,338 people and canonized 482 saints, more than all of the popes in the last 500 years combined.

After his death: Over 3 million pilgrims traveled to Rome to pay homage to the pope. In 2005, Pope Benedict XVI announced that the normal five-year waiting period before beginning the cause of canonization would be waived for John Paul II. On May 1, 2011, Pope Benedict XVI beatified Pope John Paul II in 2011 and Pope Francis canonized him in 2014. — courtesy krakow2016.com and jp2shrine.org