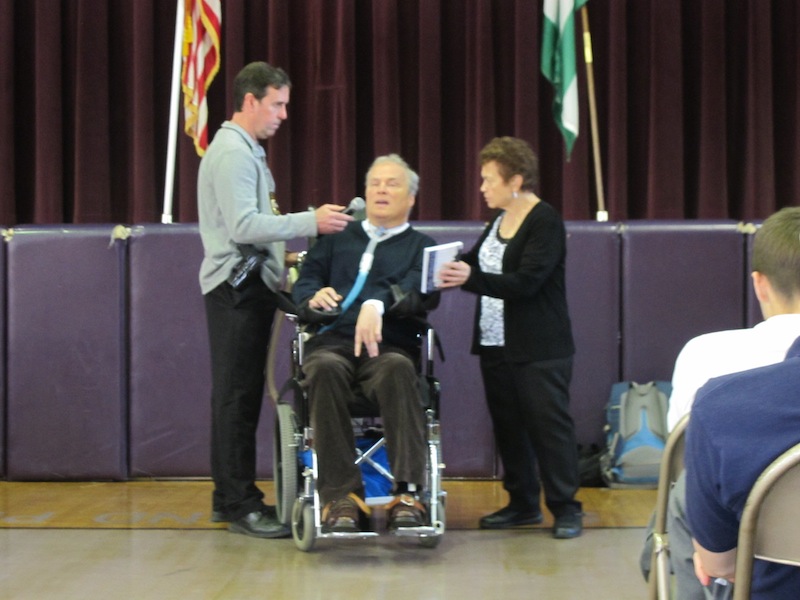 McDonald suffers from  paralysis from the neck down because  a 15 year-old boy shot him when he was on duty in 1986. The former detective spoke to sophomores, juniors and seniors about how his life changed after that event.

McDonald, who has dedicated his life to sharing his story with others, hopes that it will make a difference. He spoke about the importance to being kind, to loving one another and to striving for peace.

The silence in the auditorium, with the exception of the occasional sniffle, was a definite indication that his powerful example of faith and forgiveness made quite an impression on the teens.

“His words were truly inspiring and I cried when he spoke about how he was able to forgive the boy who shot him,” said Daniella Pitino, senior.

“He is a true Catholic because he was able to forgive and that is a very difficult thing to do,” said Michael Zwosta, also a senior.

At the conclusion of the assembly, Detective McDonald prayed a decade of the rosary with the students for peace.