“The killing has come to an end,” said Father Kevin Sweeney as he celebrated a Mass of thanksgiving Sept. 29 to mark a medical center’s decision to no longer offer abortions.

Brooklyn Ambulatory Surgery Center in Sunset Park has closed. It will be replaced by the New York Center for Specialty Surgery, where abortions will not be performed, according to the new management.

The site at Third Ave. and 42 St., only a block from St. Michael’s Church where the liturgy was celebrated, has been the scene of prayer vigils and sidewalk counseling conducted by the Helpers of God’s Precious Infants for the past 23 years.

Although 25 abortion clinics in New York have shut their doors, Msgr. Reilly said, “this one was different because this was to be the largest abortion mill in the city. A quarter milllion babies have been aborted here.

“But it has come to an end because of our peaceful, constant, prayerful presence. This is what God wants.”

Msgr. Reilly pointed out that Saturday morning Rosary Rallies began at the Sunset Park clinic in July 1990 with newly installed Bishop Thomas V. Daily leading the procession and prayers. Mass at St. Michael’s would begin the event, which would be followed by a procession and prayers outside the clinic.

Many times, the Helpers were met by contentious pro-abortion demonstrators who would blow whistles and chant loudly in an attempt to drown out their prayers.

Msgr. Reilly explained that Bishop Daily was the first bishop to pray at the sites of abortions. Now, he says, more than 100 bishops and seven cardinals around the world have prayed outside abortion mills.

“It all started here in Broklyn,” he said.

Msgr. Reilly said that the prayers and presence have helped to change the hearts and minds of doctors.

In an article in the New York Daily News, building and clinic owner Terry Lazar was quoted saying, “More and more people were not going in. More doctors were refusing to work here. The owners had to rethink what they were doing here.”

Lazar said the clinic tried to provide both abortions and other types of procedures. He claimed that doctors and patients were refusing to come because they were being harassed.

“We were trying to do both and it just wasn’t working. We would have gone out of business,” said Lazar.

“This is a bright light for life,” said Msgr. Reilly. “Everything is moving toward life. But we must continue in our prayers for a change of heart. We must be people of life.

“The victory will come when you least expect it.” 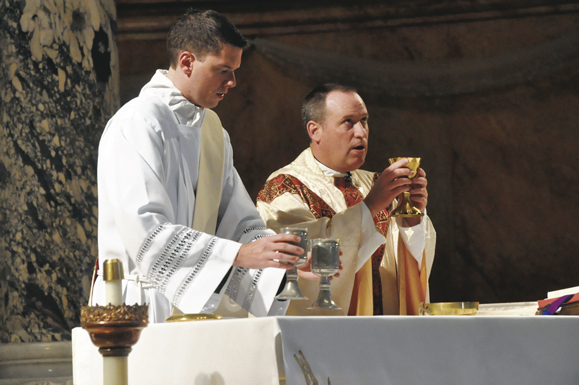 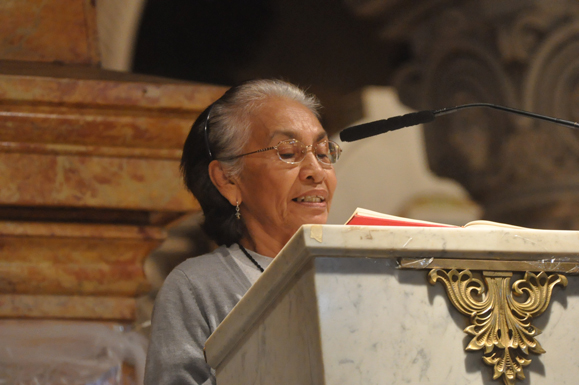 Father Kevin Sweeney and Deacon Chris Heanue participate in the offertory, and Nelly Delgado proclaims the first reading in Spanish.