The Jornadista group from St. Matthias parish, Ridgewood, celebrated its spiritual growth this summer with a holy hour and barbecue. 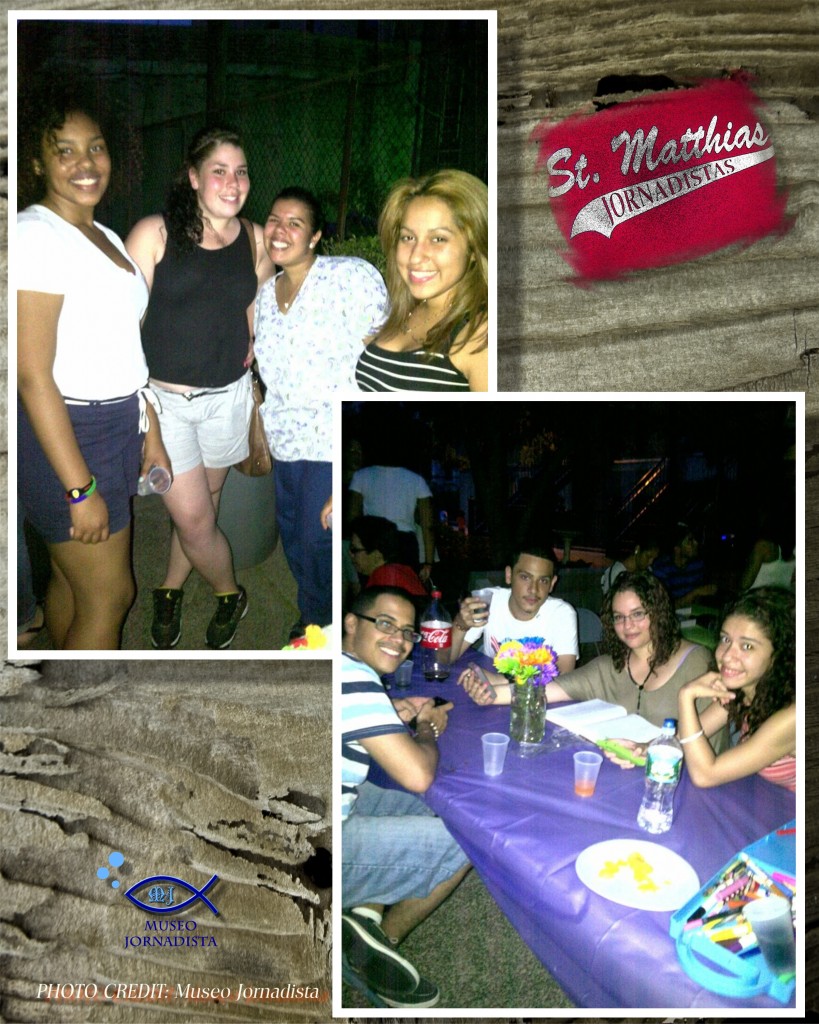 The parochial youth group is part of the MJVC, Movimiento de Jornadas de Vida Cristiana, which translates to Journeys of Christian-Life Movement.

Msgr.  Edward Scharfenberger, pastor, led the holy hour as spiritual preparation for the greatly anticipated trip to Brazil for World Youth Day 2013. Christyl Rodriguez, a 12-year-old pre-jornadista, shared a reflection on her experience with God.

As soon as the service was over, all hands went to work at “the garden” located in the inner courtyard of the church.

Walking through the heavy gates, the jornadistas were welcomed to a luau, with bright colors, flowers and a large white statue of the Virgin Mary at the center of the garden.

Various meats were brought to cook, and many dishes of complimentary sides, appetizers and desserts were shared.

The group consisted of jornadistas (who have lived the Jornada retreat), pre-jornadistas (members who have not yet done so), friends and family from the community. Msgr. Scharfenberger, himself a jornadista, served as grill master.

A heartfelt letter was read from another member who is away at boot-camp military training for the army.  Afterwords, a big surprise was announced in the form of heavy boxes pulled from underneath a table.

Marcia Rodríguez, Anivelys Torrenegra and Macho Cordero,  arranged for the boxes to include two gifts for each member. The first was a copy of The Catholic Youth Bible, from St. Mary’s Press, in hardcover. The second was a set of rosary beads in new packaging along with an insert: “How to pray the Rosary.”

The evening was filled with fellowship, dancing, eating, games and talks of plans for the upcoming year.

The group extends an ­­­­open invitation to all who would like to visit.