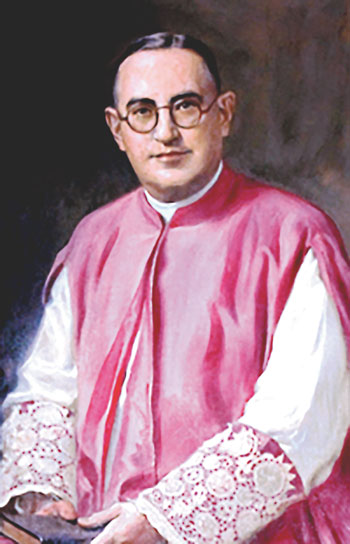 The events of Charlottesville, now almost two years ago were a wakeup call to our country because the horrific images on display and messages of racism were more than alive in our own country. Charlottesville was a complicated issue. Yes, for some, it was about preserving a statue of a Civil War hero, even if he worked against the Union. For others, it was an opportunity to demonstrate White Supremacy in our society. At that time, I called for a Healing Mass at our Cathedral and promised that the Diocese would establish a commission to see how racism has affected us in the Church in Brooklyn and Queens. Our goal was not to erase racism from our society, as embedded as it is, while at the same time recognizing great strides that have been made in regard to racial equality. Rather, our goal was to look inward on the Church to see where we can improve. To that end, a commission was established. Bishop Neil Tiedemann, C.P., who coordinates our Black American and West Indian apostolates, took the time of shepherding the commission and the subsequent listening sessions. Father Alonzo Cox, the coordinator of ministry for African American Catholics in the Diocese of Brooklyn, worked hand-in-hand in this important work.

On June 18 of this year, we combined a pastor meeting with a study day for all of the priests of the Diocese where almost 200 came to listen to a speaker from the USCCB who had worked on the pastoral letter against racism entitled, “Open Wide Our Hearts – the enduring call to love.” For the bishops of our country, this was as an opportunity to make a clear statement that racism should not exist in our society, and certainly not in our Church. I quote from the document, “Racism occurs because a person ignores the fundamental truth that, because all humans share a common origin, they are all brothers and sisters, all equally made in the image of God. When this truth is ignored, the consequence is prejudice and fear of the other, and – all too often – hatred.” Simply, we all can agree that racism in our own country has a lot to do with the color of skin and social status. Notwithstanding the tremendous strides that have been made; we still have a way to go in our society and in our Church to eliminate what has been called the Original Sin of America. The residue of slavery in our country has not been easy to eliminate. As people of goodwill, especially as Catholics, our nation must do better than we have done in the past.

Here follows the summary of Bishop Tiedemann and Fr. Cox from the listening sessions.

Our Diocesan Listening Sessions made perfectly clear that racism is a sin that wounds and affects the entire Church. It distorts and disfigures the image of God that we are all created in. Those who experience racism are harmed and wounded in many different ways on many levels. They carry the memories and burdens of this sin in their hearts and minds. Racism is real and painful. Those who offend are extinguishing in their souls the flickering light of God’s image within them. The Church herself suffers in so many ways. Because of the wounds inflicted upon those who experience racism, many gifted, talented, and loving members are unable to grow, develop, and serve as they ought. The image of Christ that the Church reflects is distorted and overshadowed. The light of Christ is hidden under a bushel basket.

Of the four listening sessions that were held, two common thoughts were expressed from those who participated. The first was that racism is not just a black/white issue. Racism happens when one discriminates either in word or action out of difference, whether it’s in culture or thought. Each of us are children of God, made in his image and likeness. We may have a different cultural background, but we are all united together as children of the God who created us.

The Listening Sessions were a call for sharing and sensitivity. Many participants expressed their appreciation for being able to share their experiences and concerns. Frequently, they feel that they have no voice. At times, there is a lack of respect. They believed that there is a real need for inclusion and participation. Most feel that they are on the borders and peripheries of the Church, her life and ministry. Most importantly, the Listening Sessions expressed a need for continuing healing and reconciliation. In faith, prayer, and liturgical celebrations, the divide that continues can be overcome. There is a need for mutuality and communion.

A number of the suggestions can be expressed in a desire to generate an “End to Racism” movement. Examples given were to have an annual healing Mass or a diocesan prayer for racial harmony. Most importantly, there is a need for sensitivity and awareness. There is a real call to use homilies, bulletins, The Tablet, and NET-TV to help people understand the nature and reality of racism.

Our workshop in June ended with a prayer service at which time we concluded the Diocesan phase of the investigation for the Cause of Canonization of Monsignor Bernard John Quinn, Servant of God. Truly Monsignor Quinn is our hero in our own Diocese, one of our own diocesan priests, who fought against racism in the 1930s and ‘40s. He had to rebuild the orphanage that he established for black children; not once, but twice, as it had been burned down by the Ku Klux Klan, which was very active on Long Island in those days. Hopefully, Monsignor Quinn will move to the next stage in the Cause to Sainthood; namely, Venerable. Please pray for the Canonization of the Servant of God, as this will be a great boost to our Diocese in Brooklyn and Queens and to our country to recognize one of the pioneers, well before the Civil Rights Movement, of equal treatment for people of color.

There is no question that we have put out into the deep waters of understanding our society and Church. The motivation that people have for racism is varied. It comes first from recognizing that people are different from us. We seem to like those who are like us. We recognize that this racism is based on accidentals; the color of skin and origin. Immigrants today suffer the same consequences as our black brothers and sisters whose ancestors arrived as slaves. We entrust our diocesan efforts to the intercession of Monsignor Bernard John Quinn. If there is any one person who loved this Diocese and all of its people, especially those of color, it was he. We ask him, as I am sure of his place in Heaven, to perform this grace for us that we may become the beacon of hope in the fight for the elimination of racism in our society and Church.

Prayer for the Canonization of the Servant of God, Monsignor Bernard John Quinn

O God, Your devoted priest, Father Bernard John Quinn, loved the people of St. Peter Claver Church, and those in need, with all his heart, like a father who withheld nothing that was good from his children.

With fatherly care, he embraced the orphaned children of Little Flower House of Providence and was willing to die for them.

I am in need of the loving care which he gave to others and ask the intercession of Your servant as I humbly present my petition before You, Lord.

If it is Your will to grant my request, may it aid the cause of his canonization.

I offer this prayer, through Jesus Christ, our Lord, who lives and reigns with the Father, in the unity of the Holy Spirit, one God, forever and ever. Amen.

(One Our Father, Hail Mary and Glory be.)

Please report any favors received to