CORON, Philippines – It was the super typhoon that was labeled by U.S. news outlets as ‘stronger than Hurricane Sandy and Katrina combined.’

While memories of the gusting winds, catastrophic rain downpour and devastation that followed are vivid in the lives of those who were affected in New York and New Orleans, a similar chain of events were also felt by a resident across the world who lived through Super Typhoon Haiyan that struck the Philippines five years ago in November 2013.

Ann lives and works in Coron, a municipality within the various islands of Palawan, which lies between the South China and the Sulu Seas. But even though the hardest-hit area in Tacloban was more than 300 miles away to the east of where Ann lives, the 195 mph sustained winds with gusts reaching 235 mph were still felt in Coron.

On a hot, sunny November afternoon – a stark contrast to the dark days of November five years past – Ann recalled what she referred to as “nothing she has seen before in her life.”

It was mostly strong winds that affected Coron, not floods, because the eye of the storm was on another island, Leyte, where Haiyan nearly destroyed the city of Tacloban. She added that there was no water or electricity for a month and that the wind blew away roofs from buildings and houses. Local media there reported at least 20 fatalities as a result of the monster typhoon.

The city that she was referring to lies on a wedge-shaped mountainous island, mostly dominated by steep cliffs, green, rugged terrain and rock formations that look like archaic limestone built for the heavens.

While much of the pristine island remains uninhabited, locals depend heavily on ecotourism and fishing. So when Super Typhoon Haiyan made landfall, it was a dire hit to people’s livelihood and economy as it affected an estimated 14 million people in the nine regions of the Philippines, according to data by Catholic Relief Services (CRS).

The international humanitarian agency’s 2014 statement released during a USCCB Assembly meeting indicated that more than 1,700 people went missing, more than 1 million homes were damaged and more than 6,000 people died. Such a dire impact to the islands meant a high level of dependence on food aid.

But the distribution of goods to locals was foggy, according to Ann. She said foreign aid, not referring to CRS, was diverted when it came upon local authorities and that foreign canned goods were switched with local canned goods. Except by the time distribution came, a lot of the residents received expired items.

According to a Rappler news article by Filipino reporter David Lozada, international aid groups and non-governmental organizations (NGO) rushed to help. Lozada spoke to community facilitator Shane Naguit of Samdhana Institute, an NGO that focuses on helping indigenous people in the Philippines and Indonesia.

Naguit told the reporter that most of the organizations used a ‘dole-out system’ that wasn’t sustainable, especially after the relief and recovery phase ended. It became a wake up call for Coron’s municipal government. 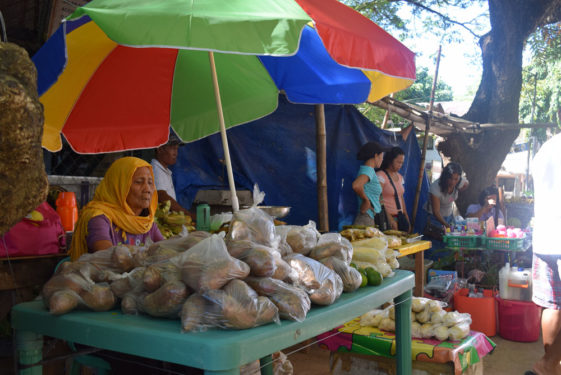 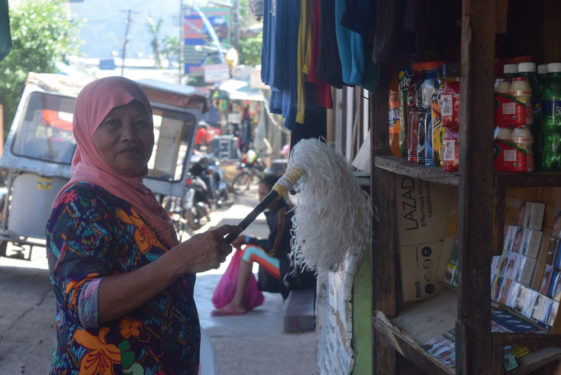 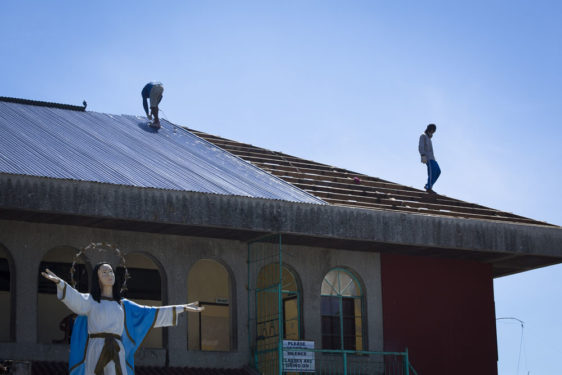 For a mostly Catholic country, the Philippines and its people received spiritual uplifting when Pope Francis visited the country in 2015 – two years after Haiyan. The pontiff first visited the capital Manila and then Tacloban.

In Manila, millions attended the outdoor Mass and heard Pope Francis’ message about helping the poor, the importance of family and protecting the environment.

Ann, a Catholic, recalled watching the pope on TV because she couldn’t afford to go to the two other islands where the Holy Father was visiting, but she knew of other people who went.

Even in the midst of tragedy and natural disasters, it could be the hope she received from her faith in God that played a part in her personal road to recovery.