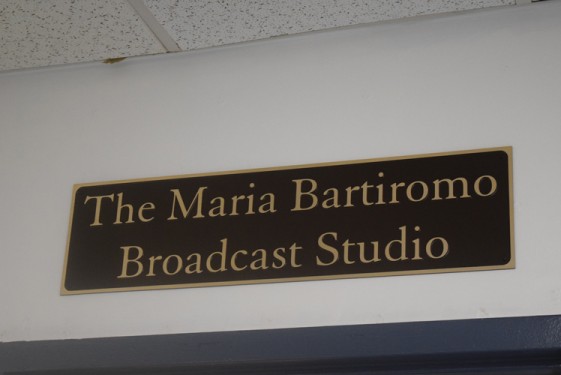 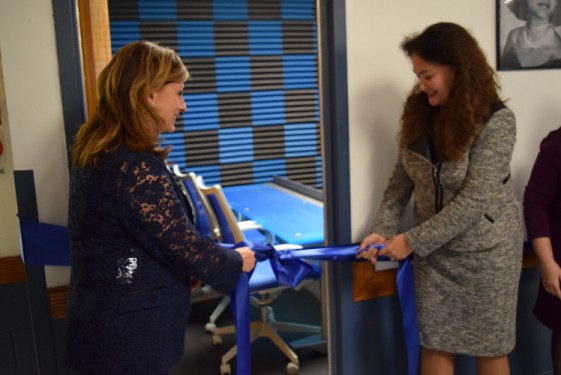 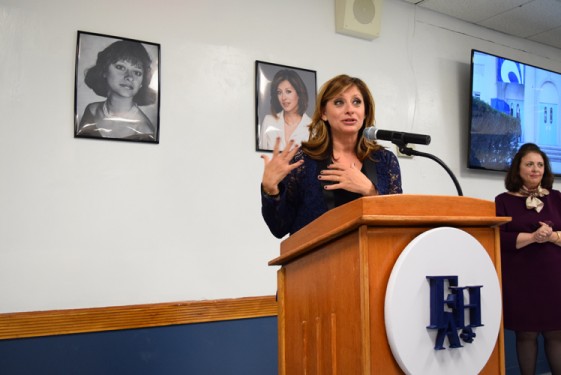 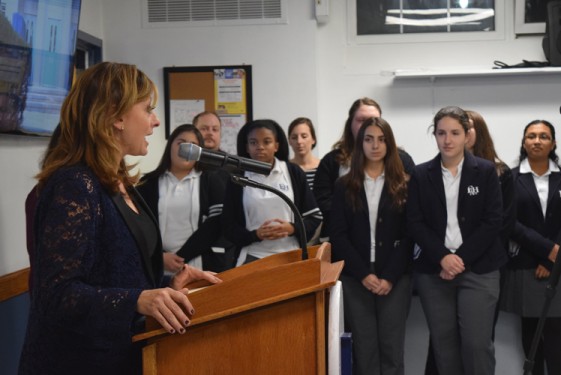 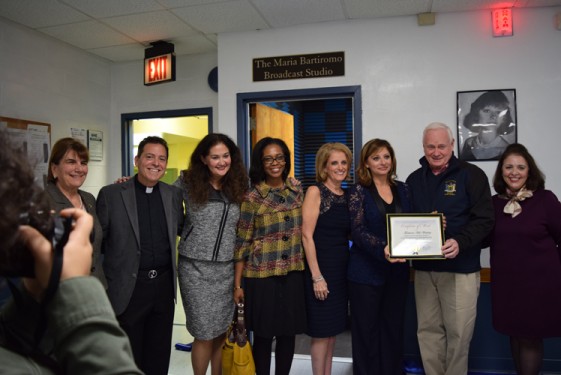 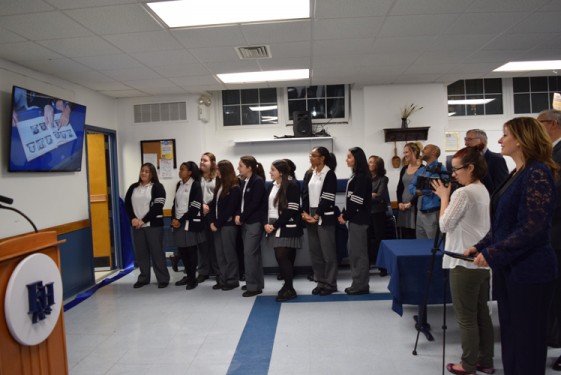 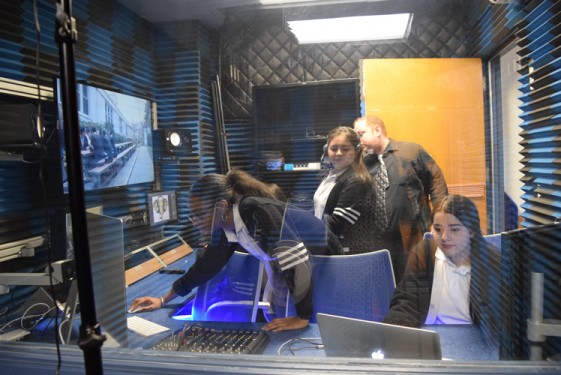 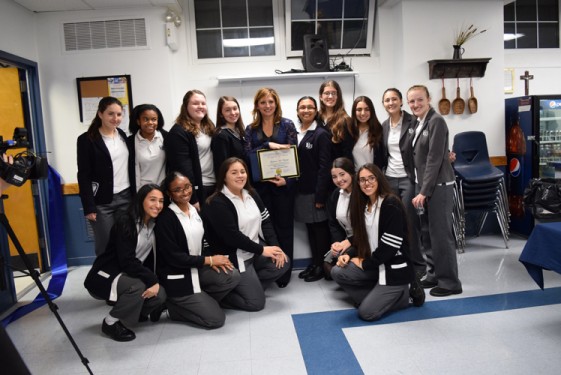 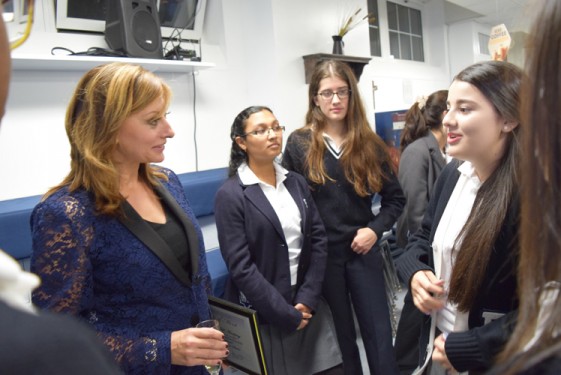 The students at Fontbonne Hall Academy, Bay Ridge, have a whole new way to express themselves and offer a ministry of news relevant to their fellow students.

The new Maria Bartiromo Broadcast Journalism Studio at Fontbonne is a fully functioning, professional-grade studio where students learn broadcast and story telling skills. Broadcasts developed by the students will be transmitted within Fontbonne and will also be available on Youtube.

Students made their broadcast debut at a small inaugural ceremony attended by Bay Ridge community leaders, professional media, teachers, fellow students and the woman who made it all possible: Maria Bartiromo.

The short video, transmitted on a television screen directly from the studio, was a thank you message to Bartiromo for donating the studio to her alma mater.

“It gives me great pride as an alumna to sponsor the studio these future independent broadcast journalists will need to hone and perfect their skills,” Bartiromo said.

This semester, only seniors who took a print journalism class last school year were eligible to take the broadcasting class. Some of them are interested in journalism as a career and have already participated in internships in the field thanks to the opportunities offered at Fontbonne.

However, the students said the broadcasting class represents much more than a career option for them.

“Now we are not afraid to be wrong in class,” said classmate Alexa Maldunado.

The students said the incredible amount of trial and error that comes with producing video taught them that it’s all right to take a chance. However, they said they were still a little anxious to publically air their first video, especially with Bartiromo watching.

The anxiety seemed to wane as Bartiromo smiled while watching the video. She then posed for selfies with the students and spoke with them while the rest of the adults were enjoying refreshments.

Principal Mary Ann Spicijaric said she is thankful to Bartiromo for both her generosity and the example she has set for the young students. She said strong female role models can change the course of students’ lives.

“We are all so happy to have Ms. Bartiromo, who embodies qualities of intelligence, strength, and confidence, working so closely with our students,” the principal said.

Spicijaric said Bartiromo set an important example for the students when she became the first journalist to ever report live from the New York Stock Exchange in 1995, surrounded by a hectic sea of male brokers and businessmen.

Responding to Spicijaric’s account of events, Bartiromo said the only way to approach such a situation is to “really know your stuff.”

A two-time Emmy Award winner, Bartiromo started her career at CNN as a producer covering the economic implications of the Gulf War. She then covered business and the economy for 20 years for CNBC and moved to FOX in 2014, where she is an anchor and Global Markets editor.