ST. ALBANS — Three suspects stole a Meals on Wheels delivery truck operated by Catholic Charities of Brooklyn & Queens in Jamaica on Jan. 29, as seen in the exclusive surveillance video obtained by Currents News. They later crashed the vehicle during a joyride.

One of the suspects — Tannencia Dunn, 19 — was arrested when she came back to the scene of the crash. She was charged with unauthorized use of a vehicle and criminal possession of stolen property, authorities said.

“I went up, less than 10 minutes. By the time I came down, the truck was gone,” he said. Two hours later, the Meals on Wheels truck was found about five miles from where it was stolen. It had collided with a Kia near 119th Avenue and 192nd Street in St. Albans. The force of the collision caused the Catholic Charities truck — a modified Ford F-150 — to spin out, flip over and crash into two homes, damaging both. 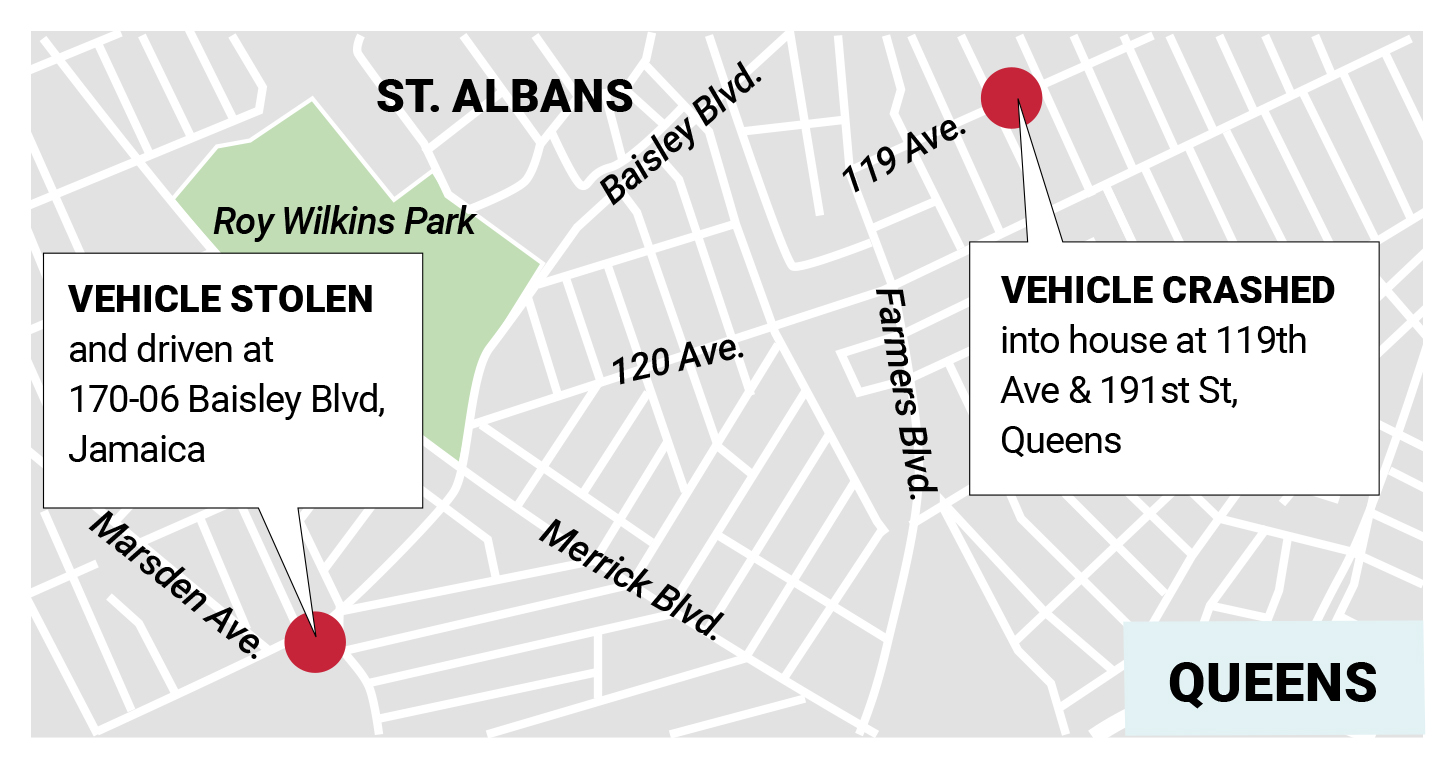 Dunn was arrested, and the two other suspects fled. Two people who were in the
Kia were rushed to North Shore University Hospital, where one of them was in critical condition, according to the Daily News.

Pirmal used another truck to finish his route to deliver meals to 40 homebound residents.

“We make sure that all the clients are fed,” he said. “Some of them have kids, and the kids don’t even come looking for them. We are their eyes and ears.”

“We generally leave the trucks running in the wintertime because it’s cold. Drivers always carry two sets of keys on them. The trucks are always locked,” she said, noting that CCBQ will fight the summons.

As of Feb. 4, police were still searching for the two suspects who fled the scene.