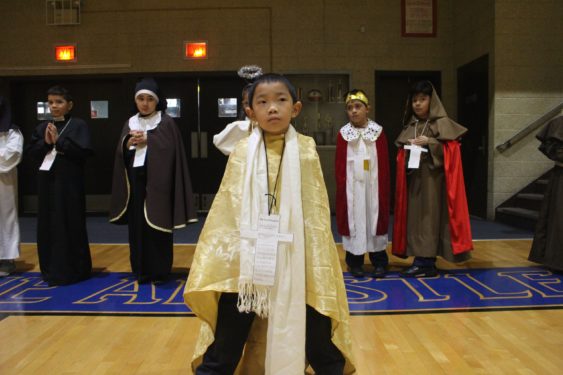 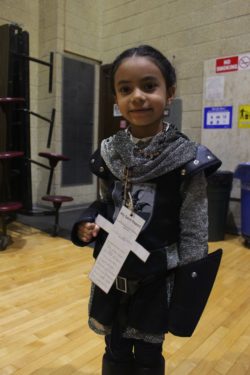 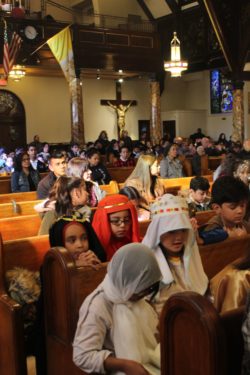 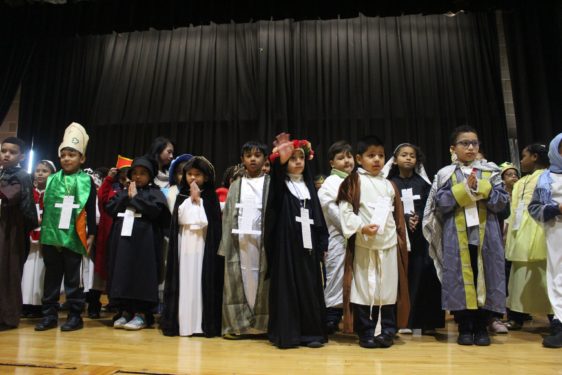 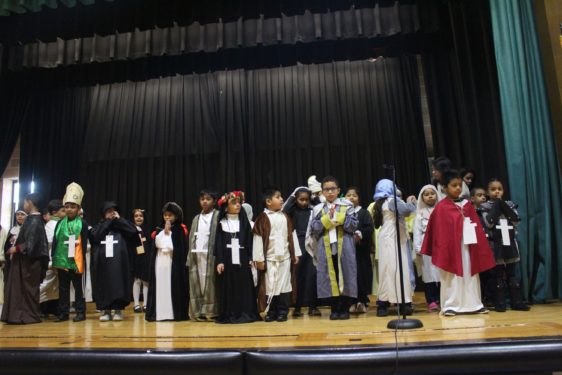 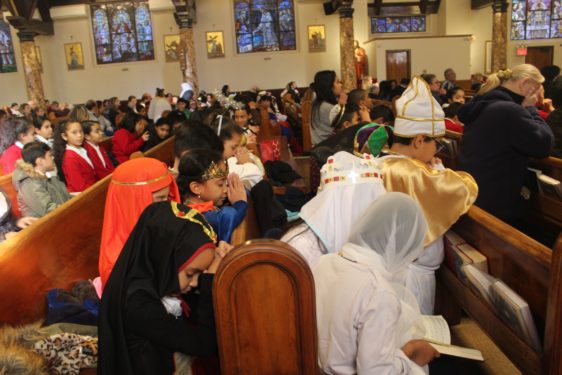 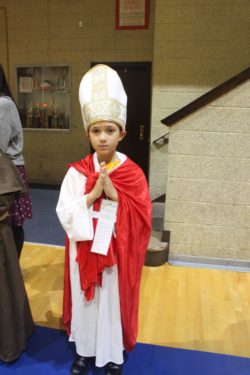 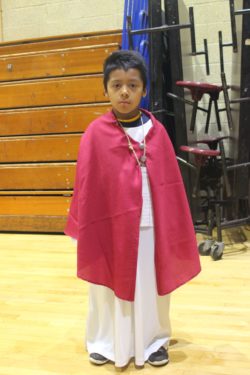 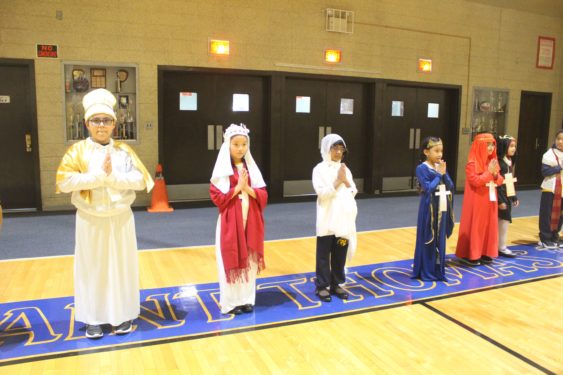 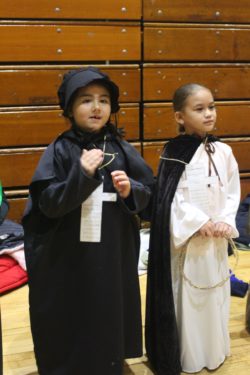 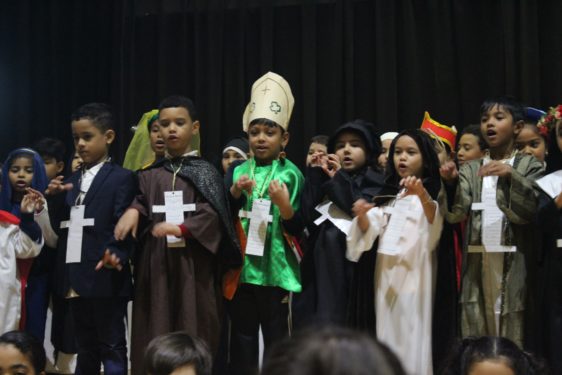 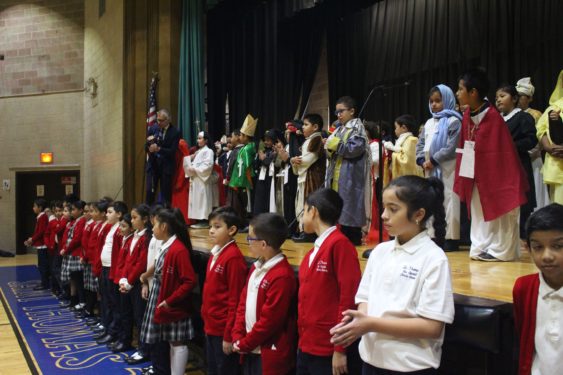 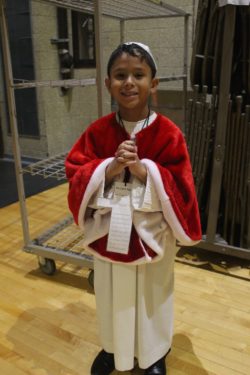 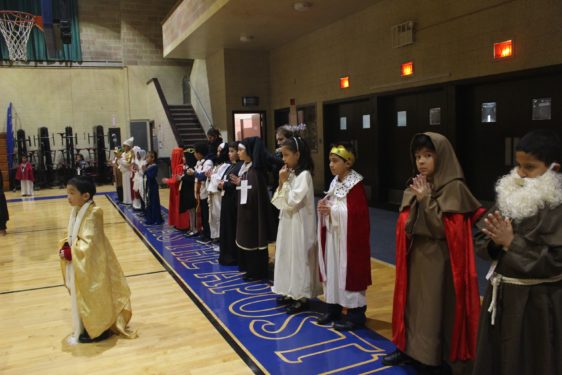 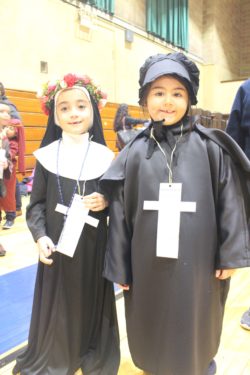 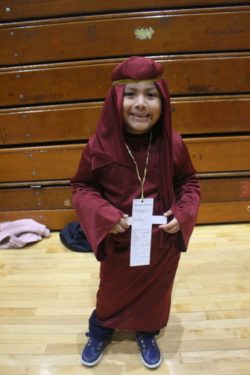 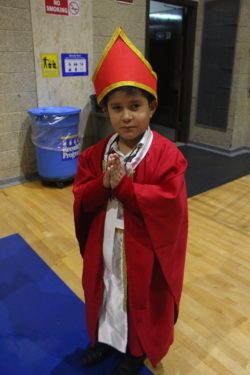 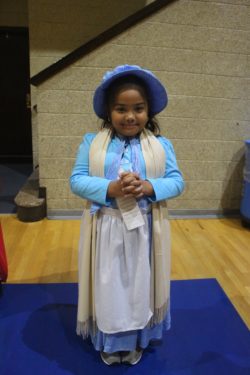 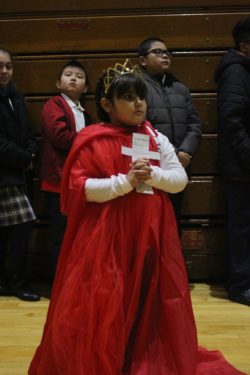 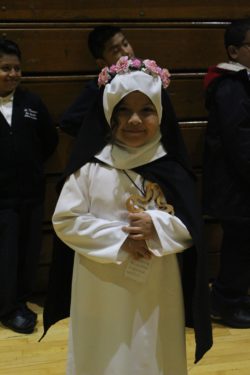 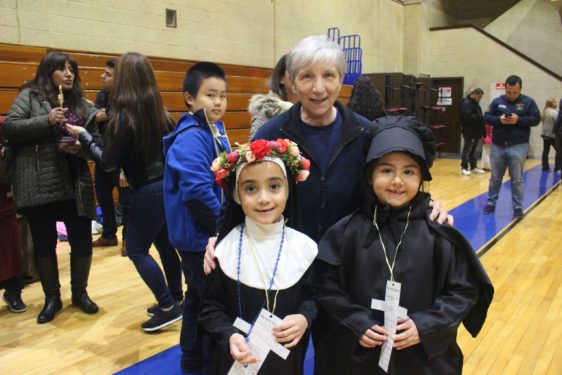 WOODHAVEN — On. Nov. 1 on All Saints Day, at St. Thomas the Apostle Catholic Academy in Woodhaven, the saints did come marching in. Little saints, that is.

After attending Mass, students gathered in the school auditorium for a presentation in front of family, friends and classmates.

Wearing homemade costumes, students from the first through the third grades dressed as different saints of the church, wearing crosses on their neck with written facts about their saint.

The younger students were assigned a saint and instructed to read and learn about their lives, and then tell visitors at the assembly about the saints.

“We hope to not only dress like the saints on the outside, but to be saints on the inside,” said Father Frank Tumino, the pastor at St. Thomas the Apostle.

“In so many ways, the saints guide us still … It’s important from the very beginning that the kids do get it — in their simplicity and innocence, that they understand the connection, that God loves them,” he said.

“She was very brave, and she spent many hours praying and helping others,” Sophia said. “When I grow up, I want to be like her.”

Sophia’s father, Ernesto, said he is proud to see his daughter have a strong, saintly role model to follow.

“Sophia is a fighter, very smart and independent,” he said. “Kids are growing up in a cold world, and the saints are the ones you can turn to and pray to them to end suffering.”

Older students, who did the same project when they were in the lower grades, said they still remember everything about the saint they researched and dressed as.

Seventh-grader Naya Cordova said she was excited to help her young peers learn about their saint and put together their costumes.

“It’s important so the kids can know the kinds of lives they should live, the way the saints all lived,” Naya said.

Thomas Piro, the school’s principal, expressed his pride in the long-standing All Saints’ Day assembly tradition at St. Thomas the Apostle, and added that finding creative, interactive ways to teach children about the faith is part of the school’s mission.

“It helps them see how active the faith can be — that it is not only something they should believe in, but can be brought to the next level and able to practice and share with others, to show [that they] can make a difference in the world,” Piro said.