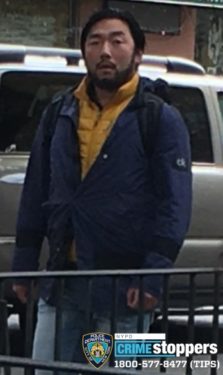 FLUSHING — The man police say punched a woman as she was leaving St. Michael’s Church in Flushing on Oct. 28 has been arrested.

Chun Wang, 36, was arrested on Nov. 6. He was charged with assault and harassment.

Cops say Wang was creating a disturbance inside the church and was asked to leave. He then approached a woman, 53, who was leaving the church, punched her on the back of her head and proceeded to run away, the New York Police Department said.

The victim was brought to Booth Memorial Hospital in Flushing, where she was in stable condition, according to the NYPD.