Founded by the Augustinians 100 Years Ago, 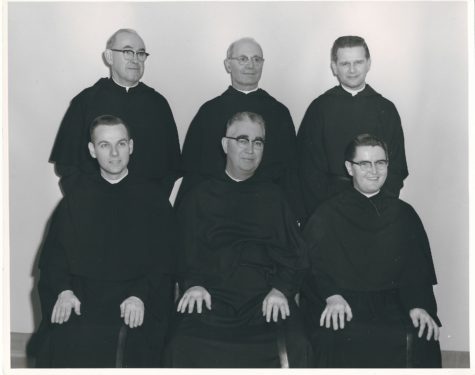 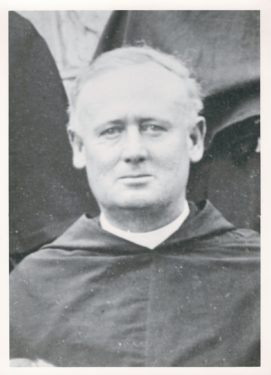 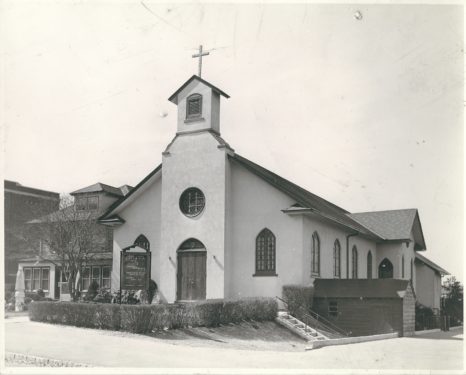 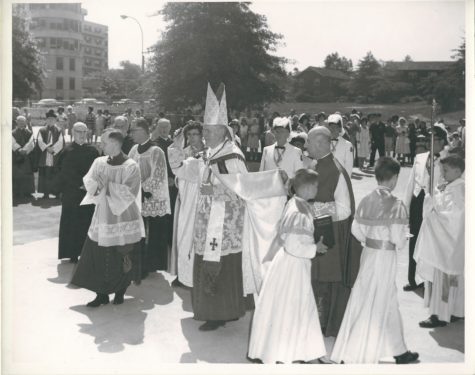 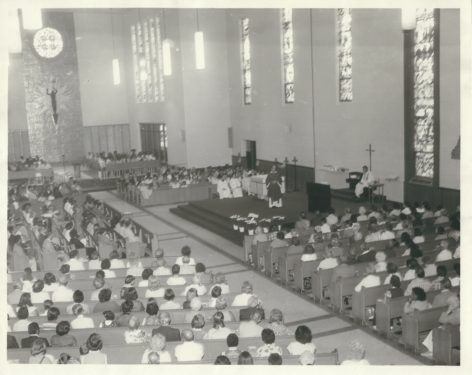 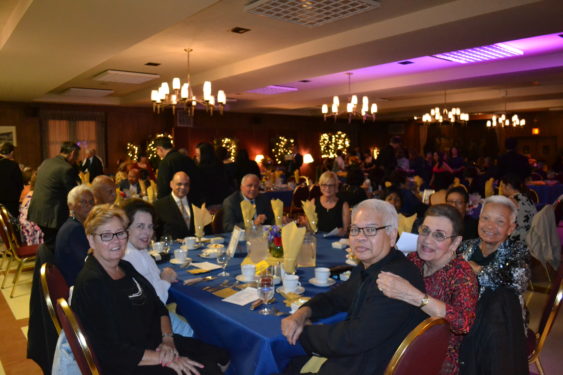 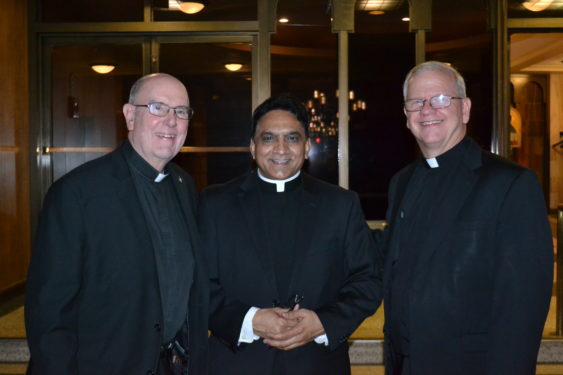 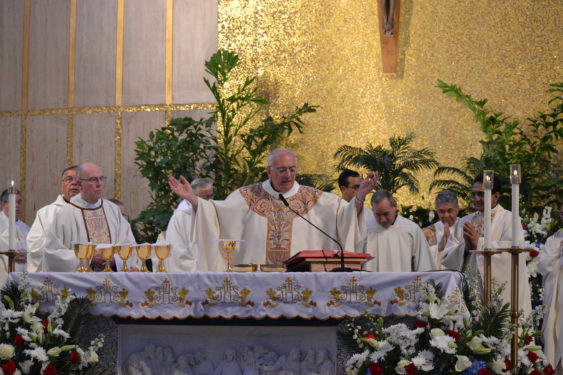 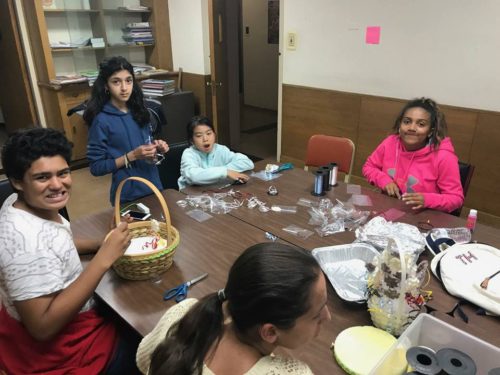 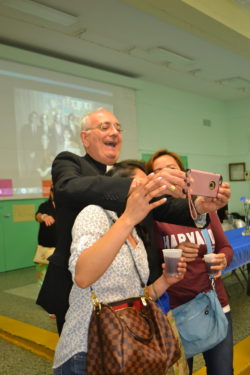 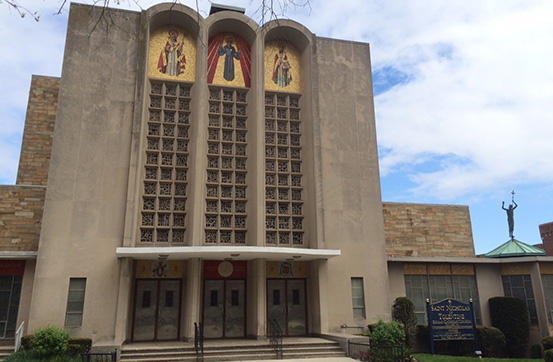 St. Nicholas Tolentine, originally a small country church serving half the local population of about 100 people in what is now Jamaica, Queens, is marking its 100th birthday.

The parish now offers six Masses on weekends with an average attendance of 1,900 worshipers.

Bishop Nicholas DiMarzio was the main celebrant of a Mass of thanksgiving to mark the centennial.

“I’m blessed to be part of this very active and vibrant community,” said Father John Francis, pastor. “I’m very proud of all my people… Our church is big and our hearts are big.”

The parish has about 75 active groups and ministries. Father Francis said this is possible thanks to the sacrifice and commitment of lay leaders. The people in the parish go above and beyond to help their community, he explained.

Father Francis said the parishioners understand that the three priests assigned to the parish cannot accomplish all that is required, so they take it upon themselves to make things work.

Nina Rivera, a parish volunteer who is in the rectory nearly every day, said parishioners always know they are needed. Information fliers and words of welcome are present in the parish and people do not rely only on their particular ethnic group when giving out invitations or asking for help.

“We love deeply,” she said. “The Holy Spirit moves everybody to be united.”

“It’s amazing,” Father Francis said, “anybody that comes here, after a few minutes, they feel welcome.”

That includes people not in the parish, Rivera said. The weekly line dancing classes, for example, bring people from all over Queens who want to have some wholesome fun on a Friday night. She has even spotted her non-Catholic neighbors at the parish for performances and other social events.

Though the St. Nicholas family knows how to have fun, they are serious about their spiritual nourishment, during all stages of life.

Three-year-olds and their families can come for faith formation based on Montessori techniques. Sister Alice Michael, S.U.S.C., director of faith formation, said she tries to engage families and their children so that they can grow in their love of Jesus together. Alongside the faith formation program in the parish is the St. Nicholas Tolentine Academy, the elementary school that has been serving the children of the neighborhood since 1929.

After Confirmation, Rose Ruesing and Christina Rosado help the youth stay connected to the church. Father Francis said young people are ever-present in the church, always helping when the need may arise. After three devastating hurricanes, Harvey, Irma and Maria, the youth groups began washing cars and selling lollipops and lemonade to raise funds for disaster relief.

They can also be seen volunteering in the parish homeless shelter serving warm meals to their less fortunate brothers and sisters.

The parish is serious about their commitment to the Corporal Works of Mercy. Aside from the shelter and soup kitchen, it also organizes groups to seek out hungry people in the streets and offer them nourishment and compassion. St. Nicholas has a food pantry, ESL classes, blood drives, advocacy for the disabled, a respect for life committee and an active St. Vincent de Paul Society.

Fueled by a partnership with St. John’s University, young adults also have a strong presence in the parish. However, learning does not stop in college for St. Nicholas of Tolentine parishioners. There are plenty of retreats and enrichment opportunities for people on all stages of their relationship with Christ.

George Bunger, who was honored as the longest living parishioner during the centennial, said St. Nicholas of Tolentine has been there for him since he moved into the parish as a child. He met his wife at a parish social. It’s where they got married, sent their kids to school and where he served as a chairman of the Boy Scouts committee. It’s also where his wife’s funeral Mass took place.

Today, Bunger continues to be an active member of the parish. He gets together with people from the neighborhood at the Active Seniors meetings, and at 92 years old, he keeps his commitment as an usher.

The Augustinian Fathers were invited to establish the parish in 1916 by Brooklyn’s second bishop, Charles E. McDonnell.

“The Augustinians really left the charism of thinking of the other,” said Andrea Florendo, editor of the parish’s newsletter, St. Nick’s Today.

Bishop McDonnell entrusted the Augustinians with the “territory between Jamaica and Flushing in which the Queensborough Hospital for Communicable Diseases (now Queens General Hospital) and the Parental Home (a place for wayward boys; now the site of Queens College) were located,” wrote Father John Gribowich, parochial vicar, in the parish history.

The first parish building was erected on the corner of Union Turnpike and Parsons Boulevard in 1917. At the time, the parish encompassed 16 families of predominately German and Irish heritage.

The parish grew quickly. In May of 1918, 22 individuals received First Communion during the parish’s first such celebration. The following year, Bishop Salvatore Walleser confirmed 93 people in the faith.

The church physically expanded in 1935, more than doubling its seating capacity to 650. As Queens experienced a post- war boom in the late 1940s, the parish began ministering to many different ethnic groups who were settling in the area.

“In May of 1959,” Father Gribowich wrote, “the Confirmation class consisted of 418 students. It was overly apparent that the church had become too small for the parish.”

When the diocese approved plans to build a new church, the parishioners rose to the challenge, even giving up their gold and silver to be recast for various sacred vessels. Auxiliary Bishop John J. Boardman blessed the cornerstone of the corner church on March 16, 1963. A time capsule from that era holds, among other things: photos of parish families, a parish bulletin and a copy of The Tablet.

After the Second Vatican Council, the parish did more than just adhere to the new physical norms. The priests and parishioners welcomed the new standards wholeheartedly, creating a strong parish council and increasing their understanding of people’s cultural needs.

A Hispanic ministry was founded after then-pastor, Father James Wenzel, O.S.A., answered an emergency call from one of the families in the parish but was unable to communicate with them when he arrived at their home. He called Sister Cataline Conroy, S.C., who had recently returned from the missions in Peru, to translate.

After 80 years of service to the people of Jamaica, the Augustinians withdrew their ministry from St. Nicholas in 1997 following the difficult recommendation of their provincial. The diocese took over for the care of the parish and provided priests for ministry.

The parish today serves a predominantly Filipino and Hispanic population and continues to expand its ministry. Among its newer physical additions is an outdoor Marian Garden where people stop to pray.