Thanksgiving is a time for thanking God for the many blessings in one’s life. Rather than simply thanking God verbally, student-athletes from St. John’s University, Jamaica, showed their gratitude by volunteering Nov. 21 at St. John’s Bread & Life in Bedford-Stuyvesant.

Each year, the Red Storm men’s and women’s basketball teams serve hot meals at the center the day before Thanksgiving. However, this year both teams had games, so student-athletes from other sports got the opportunity to attend.

“The day was absolutely amazing,” said Rikka Lovely, a senior track and field athlete. “I think it went by a little too fast, but it was a lot of fun.”

“It’s great to be able to show our gratefulness and thankfulness to our community,” said Gabriela Pettova, a senior setter/lebaro on the volleyball team. “St. John’s is always trying to help the poor, and that’s what makes it such a great place.”

St. John’s University was originally located at St. John the Baptist parish, Bedford-Stuyvesant, which was also the original location of the St. John’s Bread & Life food pantry. The program began 30 years ago, and Bread & Life is now one of the largest pantries in the city.

The pantry has increased its workload to help those affected by Hurricane Sandy by preparing 5,000 meals per day. The Thanksgiving event served 2,200 people.

“It reminds people that this isn’t just one day a year,” said Anthony Butler, executive director of St. John’s Bread & Life. “Folks need to know that there are hungry people the other 364 days a year.”

“St. John’s is all about service,” said Mariana Barrios, a senior golfer from Colombia. “They really work hard to put that idea in your head.”

The day began with Butler filling up a van of canned food after an 8:30 a.m. Thanksgiving Mass celebrated by Auxiliary Bishop Raymond Chappetto at St. Francis Prep, Fresh Meadows. From 10 a.m. to 1 p.m., the student-athletes and athletic administrators served the food and greeted the guests.

“For us that have so much, it’s a great way to go back to our roots and help those that are less fortunate,” said Kathy Meehan, St. John’s associate vice president for athletics. “They’re all God’s children, so we need to do what we can to make their lives a little better.”

“It’s an opportunity for us to give back in some small way,” said Joanne Persico, head volleyball coach. “We get more than we give with this type of work.”

The student-athletes enjoyed serving the guests and interacting with the other sports teams.

“It shows that not only are we awesome in our sports and good in the classroom, but we also take time out to serve our community,” said Stephanie Barnes, a senior track and field athlete.

The Thanksgiving event at Bread & Life is just one of the many ways St. John’s student-athletes serve the community that supports its teams.

“Our motto here is ‘Win, Graduate and Serve,’ which we try to do,” said Jim Hurt, head track and cross-country coach. “This is the ‘serving’ part of it, and it’s an overall part of the student-athlete experience.” 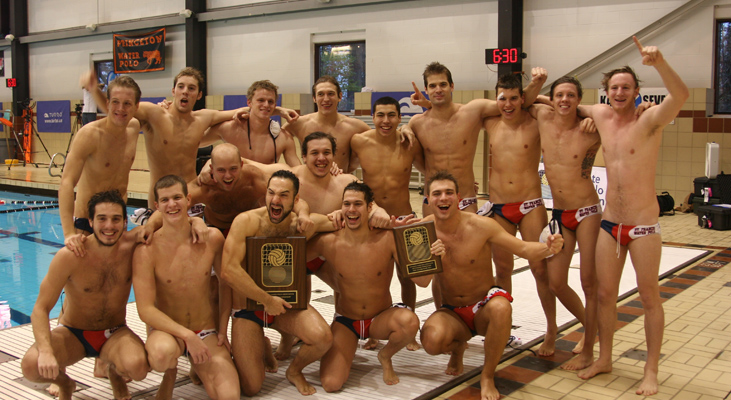 “We managed to come back because deep inside we trust in ourselves, and we knew we were going to come back the whole time without a doubt,” said Guram Nozadze, a senior driver from Stockholm, Sweden. “To be a senior and finish a career like this, it couldn’t be better.”

“Bucknell is a really good team,” said Head Coach Igor Samardzija. “It was just a matter of us staying patient and work the ball around and finding the gaps.” St. Francis (16-8) defeated the U.S. Naval Academy, Annapolis, Md., 14-10 in the quarterfinals before earning a 12-11 victory in the semifinals over Mercyhurst University, Erie, Pa.

Over the course of three games, Gencic scored 15 goals, including seven against Mercyhurst, which earned him the honor of tournament MVP.

The Eastern Championship victory marks the second time in three seasons that the Terriers claimed a spot in the Final Four, which will begin Dec. 1 at the University of Southern California, Los Angeles.

Nash Honored by Coaches vs. Cancer 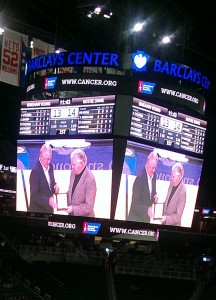 The organization wanted to honor someone from Brooklyn at the tournament, and what better honoree than Nash! As CHSAA president, he has gotten each high school in the diocese involved with raising funds and awareness for Coaches vs. Cancer.

“It was a very nice honor,” said Nash, who enjoyed his first trip to the new arena.

The Bishop Ford varsity football team, pictured above, captured its second straight CHSFL Class ‘A’ championship with a 49-6 victory over Christ the King R.H.S., Middle Village. 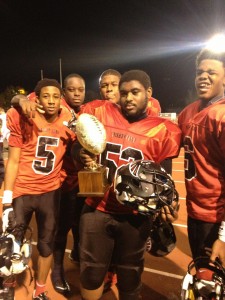 The Archbishop Molloy H.S., Briarwood, boys’ varsity soccer team advanced to the N.Y. state tournament with a 1-0 win Nov. 13 over Fordham Prep, the Bronx, in the Class ‘AA’ city championship.