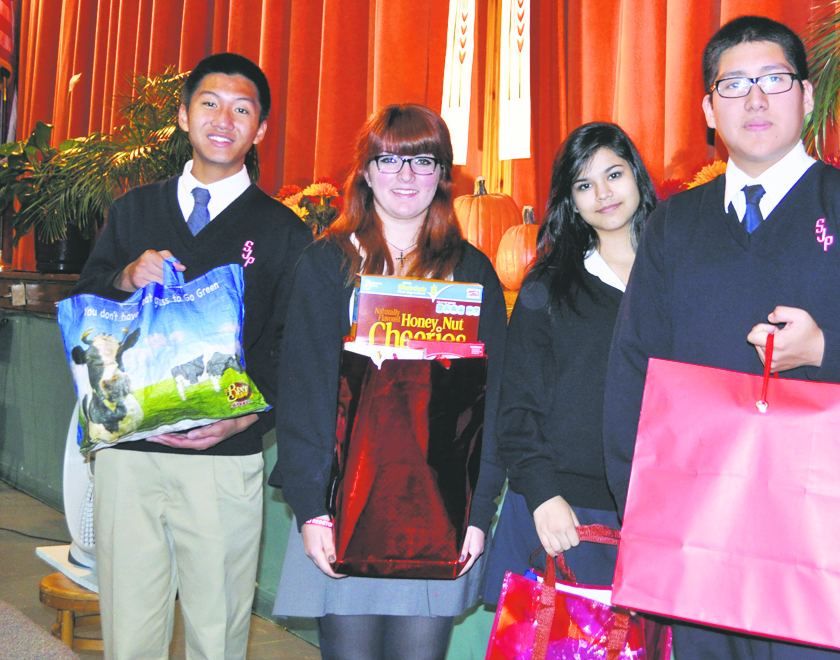 When St. John’s Prep, Astoria, reopened following Sandy, students, faculty, staff and administrators put their heads together to figure out how to react to the crisis in the region.

After consulting with Catholic Charities, a three-part plan was developed. First, each club, team, department and office were asked to assemble bags of canned and dried food.

Second, each year was asked to collect specific relief items. Many of the donations were presented at the offertory during the school’s Mass of Thanksgiving.

Third, financial donations were collected on the two Fridays before Thanksgiving to help members of the St. John’s community who were in need as a result of the hurricane.

In addition, during the two days leading up to Thanksgiving, students from the school’s hospitality team traveled to the Catholic Charities center in Astoria to assist in unloading, sorting and distributing donations.