In Sheepshead Bay, the St. Edmund Prep H.S. Spring Blood Drive collected 162 units from students, administration, faculty, staff, alumni, parents and grandparents. The drive, which was held at the school, was in conjunction with the American Red Cross.

The American Red Cross collected a total of 303 units for the year, which will help over 900 patients. Since May of 2013 when the current seniors became eligible to donate, St. Edmund Prep has collected over 2,100 units. This has resulted in St. Edmund winning awards for their blood drives over the years.

For the second year in a row, the school won the Bob’s Discount Furniture High School Heroes Scholarship Program Grand Prize of eight $1,000 scholarships to be awarded to high school seniors who were instrumental in helping with the blood drives.

The winners were announced at the Senior Awards Dinner in June.

“I am so proud and grateful to everyone who donated, they are true heroes!,” said school nurse Kathy DeMello, RN, blood drive moderator. 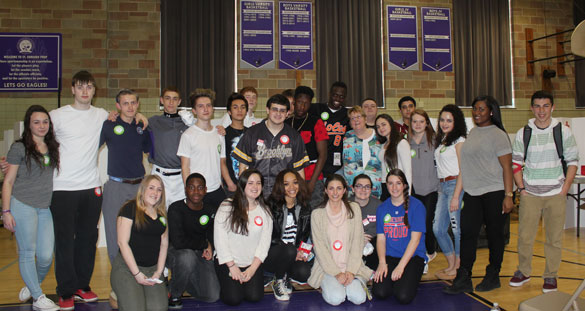