Below is a photo of the St. Athanasius team with its head coach George Firingos and assistant coach Joe Orlando. 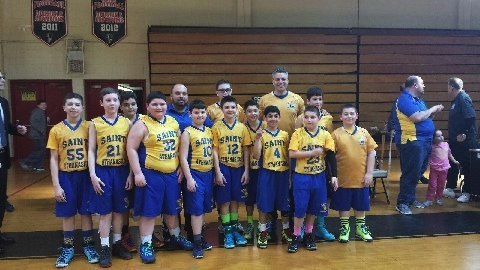