Longtime St. Francis Prep, Fresh Meadows, varsity boys’ basketball coach Jack Prenderville has died. The 1951 Prep graduate is a member of the school’s Hall of Fame and Ring of Honor as well as the CHSAA Hall of Fame. In what he called 10 of the “best years of my life,” he amassed a career record of 220-47 and won the Brooklyn-Queens championship six times.

“Each and every player I ever coached is special and added meaning to my life,” he said while being inducted into the Prep’s Ring of Honor.

Prenderville is survived by his wife Mary Byrne — whom he married in 1958 — as well as their three children — John, Paul and Maribeth – and six grandchildren.

Shane Herrity, a 2015 graduate of St. Francis Prep, Fresh Meadows, is returning to his alma mater as a varsity boys’ assistant basketball coach. As a team captain his senior year, he averaged 20.0 pts. per game en route to being named a Tablet All-Star. 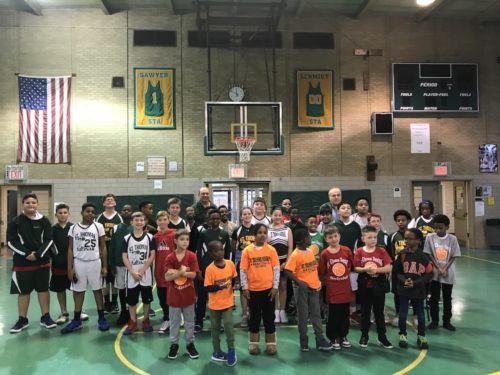 The sports program at St. Thomas Aquinas, Flatlands, held a fellowship Mass to kick off the Catholic Youth Organization basketball season with Father Dwayne Davis, pastor. After Mass, young athletes and their families gathered in Msgr. King Hall for a party. The athletes wore their uniforms to Mass and even posed for a selfie with Father Davis. 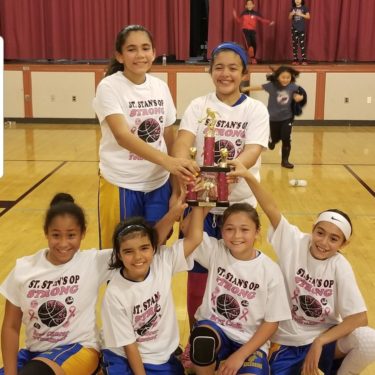