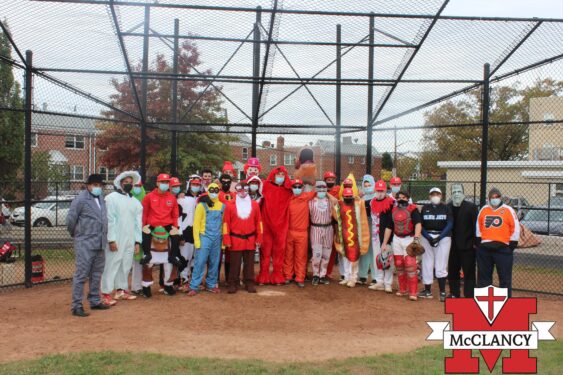 Halloween came a week early for the Msgr. McClancy H.S., East Elmhurst, varsity baseball team, as student-athletes and coached dressed in costumes during an intrasquad scrimmage.