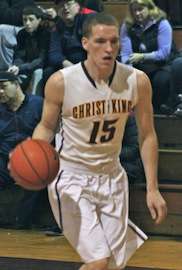 After being granted a waiver from the NCAA for one more year of eligibility, former CHSAA basketball star Travis Atson is back in the diocese after signing with St. Francis College, Brooklyn Heights.

He arrives at St. Francis as a graduate student transfer from Quinnipiac University, Hamden, Conn. 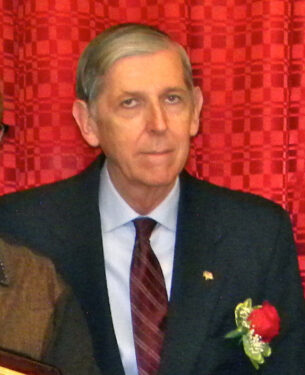 The Archbishop Molloy H.S., Briarwood, graduate started the newsletter in 1979, and since then it has been a valuable resource to college basketball coaches nationwide – given its detailed analysis of high school student-athletes up and down the East Coast.

“Going to the games is the fun part. Writing the report is the work,” Konchalski told The Tablet during his induction into the Basketball Old-Timers of America Hall of Fame in 2013.

“When I grew up in New York City, it was hard not to fall in love with this game,” he said. “Basketball is a game of surpassing grace and beauty. It’s played by the best athletes in the world, and it’s been an absolute joy to follow this game.

“When it’s played as a team game, I think it’s something absolutely beautiful, where it’s people helping other people and it’s a microcosm of life.”

ESPN ranked Christ the King H.S., Middle Village, as the No. 1 high school in the country for girls’ basketball.

To quote ESPN: “There’s no question the Royals are No. 1 on this list.”