Ed Blankmeyer, who coached 24 baseball seasons at St. John’s University, Jamaica, is set to take over as manager of the Brooklyn Cyclones. He was hired prior to last season, which was canceled due to the COVID-19 pandemic. The Cyclones are slated to open their High-A minor-league schedule on May 4.

After the 2020 season was canceled, the St. Joseph’s College Brooklyn, Clinton Hill, baseball and softball teams are slated for a 28-game season this spring in the Skyline Conference. The season will be made up of 14 doubleheaders, with the conference championships set to start May 14. 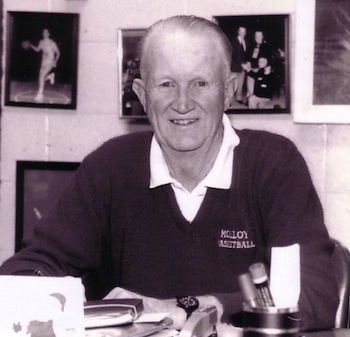 Eight years have gone by since legendary Archbishop Molloy H.S., Briarwood, varsity basketball and baseball coach Jack Curran passed away at the age of 82 on March 14, 2013.

For an astounding 55 years, Curran guided the Stanners on the court and on the diamond. Curran remains the winningest coach in New York state history, with a varsity basketball record of 972-437 and a varsity baseball record of 1,708-523. Overall, he was 2,680-960 – a winning percentage of .740.

While the awards and championships piled up for Curran over the past half-century, he coached not for the glory but instead for keeping his players on the right track.

“I enjoy every day I spend with the youngsters because it’s a great thing to be able to work with people at that age and try to mold them a little bit and be a part of their success,” he said in a March 2011 feature story in The Tablet.

Though his death marked the end of an era at Archbishop Molloy, there’s no doubt Curran’s legacy is still felt in the halls of the Queens school and throughout the entire CHSAA.