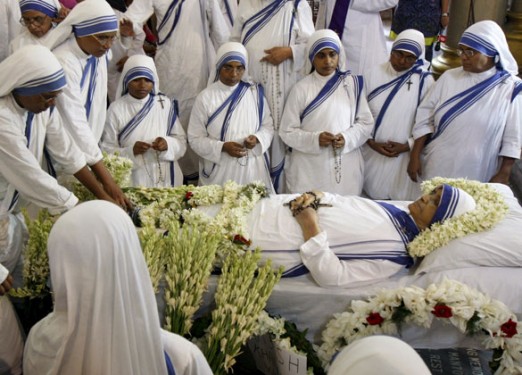 Sister Nirmala Joshi, who succeeded Blessed Teresa of Kolkata as superior general of the Missionaries of Charity and led the order for 12 years until retiring in 2009, died early June 23 in Kolkota at age 81.

Sister Nirmala was the eldest of 10 children in a Nepalese Hindu family that settled in Bihar state. She was given the name Kusum, which means flower. She graduated from Patna Women’s College, managed by Apostolic Carmel nuns.

She said in a media interview that her call to religious life originated in college at age 16 when she saw a Hindu companion kneel to pray and make the sign of the cross.

The daughter of a late army officer, she continued to search for her life’s calling for seven years and became a Catholic in 1958 at age 23. She joined the Missionaries of Charity a month later.

On March 13, 1997, six months before Mother Teresa’s death, Sister Nirmala was elected the superior general of the Missionaries of Charity and served two terms. She turned down a third term in 2009, citing ill health.