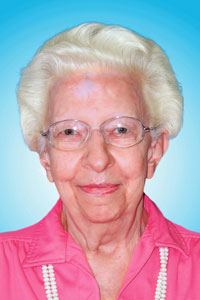 While in Our Lady of Victory in Floral Park, Sister Benedict initiated a French program for Junior High students, an innovation for that time.