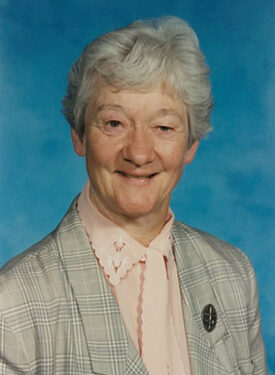 Sister Marcie entered the congregation in 1952. She was a “wisdom figure” to the Sisters of St. Joseph in her various ministries of education, nursing, spirituality, and prayer. She was also a past Coordinator of St. Joseph Convent, Brentwood.

A private graveside service was held by the Leadership Team and friends in Sister’s memory in Calvary Cemetery, Brentwood.