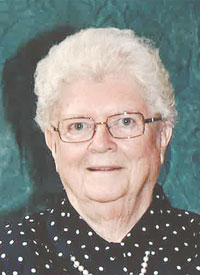 Sister Janet Lee, R.S.M., a member of the Sisters of Mercy of the Americas Mid-Atlantic Community for 57 years, died Sept. 6 at Maria Regina Residence in Brentwood, L.I. She was 88.

She entered the Sisters of Mercy Novitiate in Syosset on Sept. 8, 1951 and professed her final vows in March 1957.

She is survived by her sister, her brother and nieces and nephews.

A funeral Mass was held at the Sisters of Mercy Convent in Whitestone. Burial was in St. Charles Cemetery, Farmingdale, L.I.