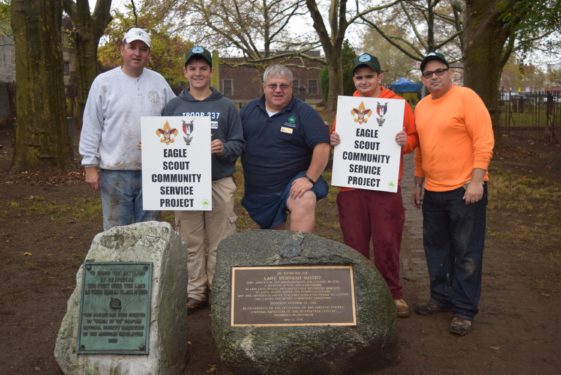 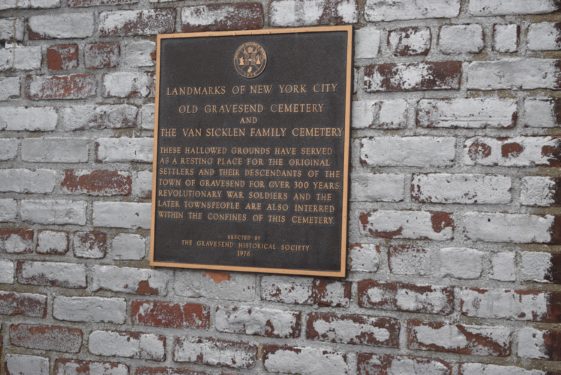 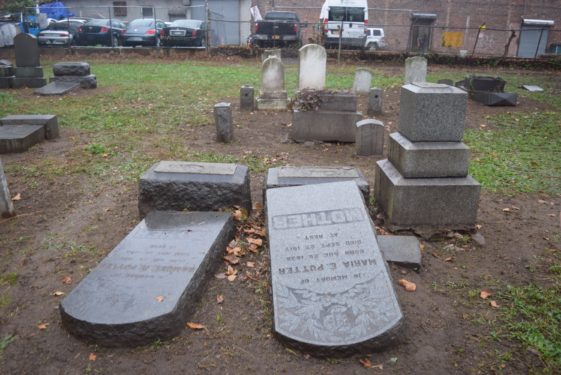 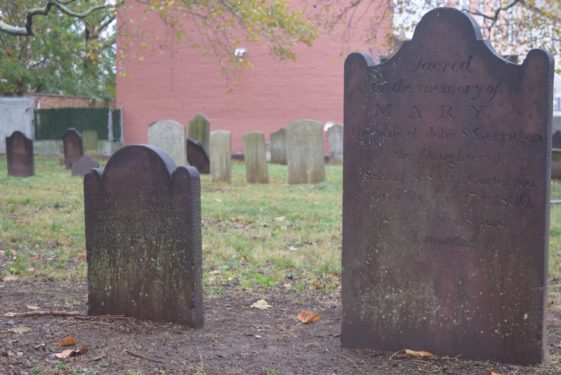 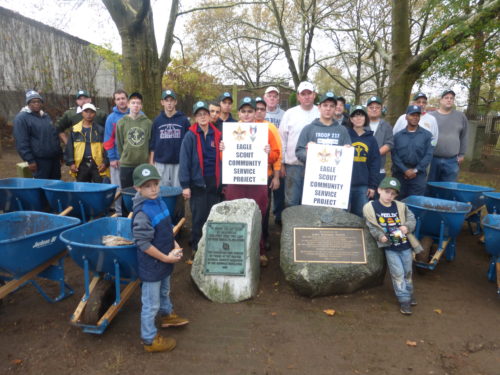 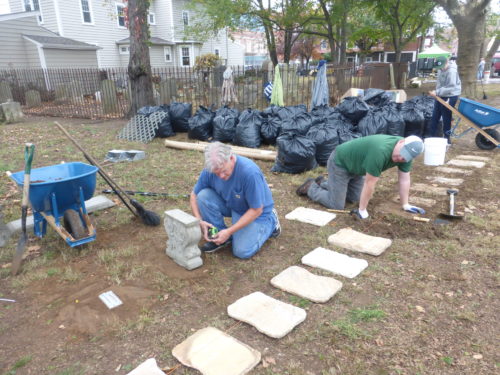 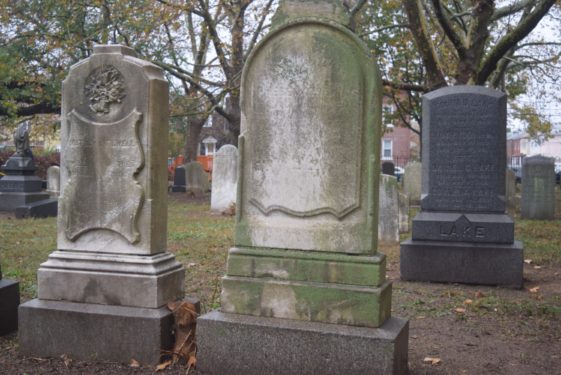 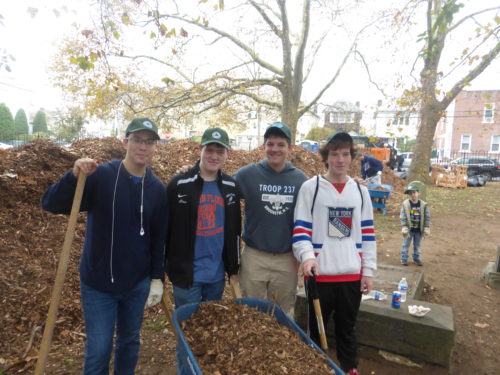 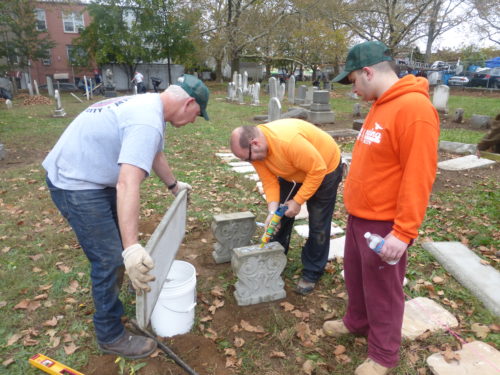 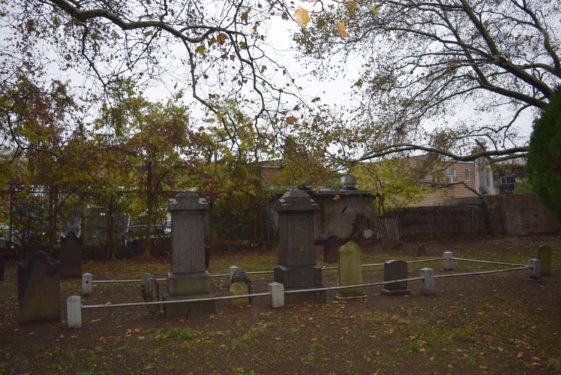 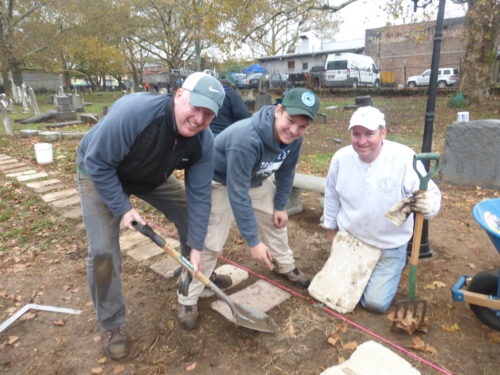 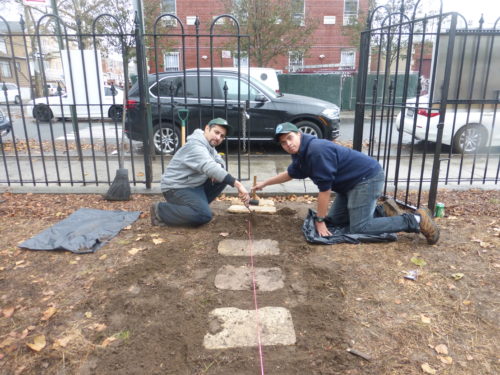 In one of the oldest populated areas in the United States, exists Gravesend Cemetery, more than one and half acres of land filled with old crooked trees, overgrown weeds and tumbled-down headstones. While the description might attract those who want to reenact a scene out of a horror film, the landmark site in south Brooklyn dates back to 1643, when English Quakers decided to turn the plot of land into a gravesite.

It also has ties to the 1776 Battle of Brooklyn and buried in the confines are Revolutionary War soldiers and original Dutch settlers. Yet on a dreary Sunday morning Nov. 5, two troops with more than 70 young men combined efforts with the City of New York Parks and Recreation to try and give the area back some life: Boy Scout Troops 237 and 22.

Carmine Gentile and Brendan Cottingham, both on their way to Eagle Scout merits, called their fellow troops to action. They decided to combine efforts to restore the land as their service project.

“We thought we could open it for the public,” said Brendan Cottingham from Troop 237 who attends Xavier H.S. in Manhattan. “There’s a lot of history here. I hope that later on I can come here and classes are going on about the history of the people buried here, about some of the important families that helped construct Gravesend.”

Helping with recovery efforts were members from the NYC Parks Dept. who were led by the Brooklyn Borough Commissioner.

“An Eagle Scout project isn’t about the guys just doing work,” said Martin Maher, Brooklyn Borough Commissioner for the City of New York Parks and Recreation. “They have to plan and develop and get approvals for this both from the city, from the Boy Scouts, from the national council and they have to make all the arrangements for tools and supplies, get all the permits that you need and then they have to get people to volunteer their time.”

While the NYC Parks Dept. controlled the two plots of land for more than 25 years, other than grass cutting and picking up litter, not much more maintenance took place.

“So Commissioner Kavanagh and Commissioner Silver wanted us to do something here. We have a contract here that will be repairing the sidewalk in the front. We’re going to be replacing the side fences, but there needed to be some more. So these two guys took it upon themselves to come up with a service project that would make a difference.”

The joint venture between the two organizations consisted of two weekends in November – Nov. 5 and 12. But from the early morning until the afternoon, the Boy Scouts didn’t let the gloomy weather stop them while they put in more than five hours to perform the following duties:

NYC & Company, which markets tourism throughout the five boroughs, credits Lady Deborah Moody, a London widow in her mid-50s, as the person who formally established the site. It is situated parallel to another memorial ground, the Van Sicklen Family Cemetery for which the street is named.

As the Boy Scout Troops departed, a couple stood in awe for a couple minutes while staring at the cemetery. They were taking a walk down memory lane, arriving in the area because Ira Schwartz attended P.S. 95 across the street back in 1963.

“I have never seen this cemetery open like this,” said Schwartz. “When I was growing up, this was all covered up and it was not in good shape. We were never allowed in at the time and it looks like they’ve cleaned it up.”

He spoke with respect for the small part of Brooklyn that once looked forgotten and recalled fond memories of the area, including the rumor that underneath Lady Moody’s house, which is a stone’s throw away facing the cemetery, was a secret tunnel that led to the community’s final resting place.

The project’s final touches will include straightening out tombstones – giving the final respectable signoff to some of Gravesend’s original citizens.

“I’m excited,” said Carmine Gentile, from Troop 22, who also attends Xavier H.S. “But I think our project that we did together today put a major step in the Parks’ hopes to open this cemetery up to the public.”