From a young age, Auxiliary Bishop Paul Sanchez knew he wanted to enter religious life. And each step of the way, his family offered its loving support to him as he fulfilled his mission.

His family will proudly support him once more as he is ordained a bishop on Wednesday, July 11, at Our Lady of Angels church, Bay Ridge.

The Sanchez family has its roots at St. Vincent Ferrer parish, East Flatbush. Bishop-elect Sanchez is one of three children, and he attended the parish school as a boy.

His sister Marie Kennedy — three years his elder — fondly recalls memories of her brother growing up. She said Bishop Sanchez was always very bright and did extremely well in school. The siblings often journeyed to the beach as a family to the Long Shore Beach Club in Breezy Point, where they visited their many cousins.

Bishop Sanchez was a regular Brooklyn kid in the mid-1950s. He enjoyed playing sports and spending time with his friends and family.

“I remember he loved baseball,” Mrs. Kennedy said. “He was very interested in baseball. He always used to watch the Brooklyn Dodgers at the time.”

But aside from his love of “Dem Bums” from Ebbets Field, Bishop Sanchez took an early interest in the Catholic Church. He was an altar boy at St. Vincent’s before deciding to enroll at Cathedral Prep, Brooklyn.

In the family’s dining room, Mrs. Kennedy used to watch carefully as her father would guide her younger brother in practicing his movements for when he was on the altar. The dining room table was used as the altar.

“I think he (Bishop Sanchez) was always very interested in the Church and had a strong attachment to it,” Mrs. Kennedy said. “My father was very into the church, and he would encourage him a lot.”

Though Bishop Sanchez’s travels limited his family life for a time, he and his sister are now very close and see each other often. They take turns caring for their youngest brother, Lawrence, who was diagnosed in high school with schizophrenia.

Lawrence lives in a group home in Bellport, L.I., but that doesn’t stop Bishop Sanchez from making the 60-mile trek on the Long Island Expressway every other week to visit.

“Paul is very caring for him (Lawrence) and very close to him,” said Larry Kennedy, Mrs. Kennedy’s husband. The Kennedys currently reside in Massapequa Park, L.I., and are parishioners at St. Rose of Lima parish, Massapequa, L.I.

The three siblings try to meet for dinner at least once a month. This kind, generous spirit shows the true love Bishop Sanchez has for his siblings and his willingness to go above and beyond God’s call. For this, his parishioners developed a liking for him.

“Any parish he was in that had a goodbye party for him, there were just mobs of people there,” Mrs. Kennedy said. “Everybody loved him and his personality.”

One night this past spring, Mrs. Kennedy received a phone call from her brother, who sounded a little different than his jovial self. The former Vicar of Queens asked his sister if she could keep a secret.

He said that he had been chosen to be an Auxiliary Bishop of the Brooklyn Diocese, but the official announcement had to come from Rome on May 2. However, Bishop Nicholas DiMarzio allowed Mrs. Kennedy to know so she could be present at the news conference that made the announcement official.

“Many of the people he’s close to kept saying he should be made a bishop,” Mrs. Kennedy said. “I couldn’t believe that I was the only one who knew this secret.”

She said she was very proud of her brother and said all her relatives were thrilled. The Kennedys have four daughters — whom Bishop Sanchez used to always take to the beach when they were younger — and they also were very excited for their uncle.

“I was very happy for him,” Mr. Kennedy said. “It’s well deserved. We’ve been following him for years from parish to parish to parish, and we would see how loved he was at these various parishes that he spent a lot of time at.”

Since Bishop Sanchez’s ordination to the priesthood occurred in Rome, Mrs. Kennedy never got the chance to see her brother ordained in person. Her daughters were just babies at the time, so she was unable to attend the ceremonies.

What’s more ironic is that even before Bishop Sanchez found out that his ordination would be July 11, his four nieces had all planned a summer family trip to New York. Two nieces live in the tri-state area, but one lives in Denver and the other California. It just so happens that they will now all be present at the ordination.

“It’s a phenomenal coincidence and a very happy one because he’s (Bishop Sanchez) ecstatic that all of his nieces and their children will be there,” Mr. Kennedy said. “It’s going to be a terrific event.”

Once he’s ordained, Bishop Sanchez will be an even busier man than he is currently. But he will still enjoy spending time with his family, whether it is baptizing any more of his sister’s grandchildren or cooking up a fancy fish dinner for which he’s gained quite a reputation.

“We’ll still be there for him (Bishop Sanchez) if he ever needs help,” Mrs. Kennedy said.

As his role within the Church changes, Bishop Sanchez will have many new responsibilities. But the constant of his strong family life will continue to guide his lifelong mission of serving God and others. 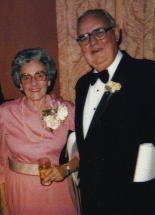 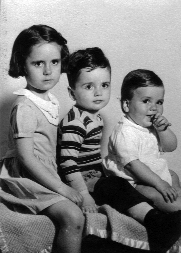 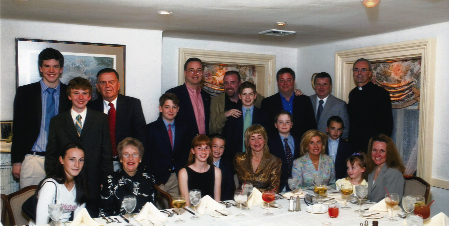 One thought on “Sanchez Family Happy To Join the Celebration”