We know that FDNY firefighters and people who valiantly battle cancer are all heroes in their own right.

Tournament Director Keith Goldberg has run the Summer Classic for 38 years. With 1,150 players on 94 teams across 13 divisions, participation this summer was among the highest ever – ranging in age from soon-to-be third graders to the “experienced” Greybeards division.

From the opening games on June 14 to the playoffs and championship rounds that wrapped up in mid-August, the tradition continued strong while taking on a new chapter in honoring Klein and Droesch. 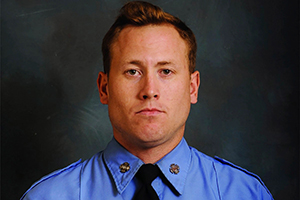 The 31-year-old Klein spent six years with the FDNY’s Ladder 170 before dying in the line of duty on April 24 as he battled a three-alarm blaze in Canarsie.

The parishioner of St. Francis de Sales played Catholic Youth Organization (CYO) sports at the parish before attending Archbishop Molloy H.S., Briarwood, as a member of the Class of 2008. Though undersized, his tenacity landed him a spot on the Stanners basketball team.

Klein regularly played in the Summer Classic tournament. Goldberg had the idea to rename the Men’s Open division after Klein following all the remembrance ceremonies in the spring.

“I went to his parents first to make sure they were comfortable,” Goldberg said. “They were thrilled with the idea.”

In addition to his time with the FDNY, Klein was an active community member who worked with the Fight for Firefighters Foundation, a nonprofit organization that constructs ramps in homes for people who need them. He is remembered as a scrappy, dedicated first responder who gave his life in service of others. 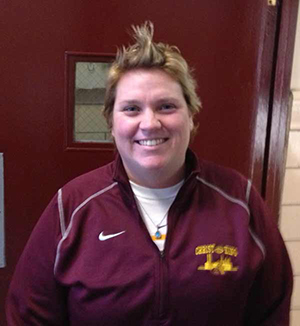 Just like Klein was gone too soon, Droesch passed away in May 2018 after battling breast cancer for more than six years. She was only 36 years old.

A native of Rockaway Beach, Droesch was a CYO basketball star at St. Francis de Sales be- fore heading to Christ the King H.S., Middle Village. She was a guard on the Royals team that won a national championship during her freshman year and three straight state titles.

Individually, Droesch was a three-time Newsday Player of the Year selection and was named a high school All-American her senior year. She went on to play four years at Boston College, Chestnut Hill, Mass., while becoming one of only two players in program history to appear in four consecutive NCAA Tournaments.

After playing overseas, she returned to the states to begin her career as a basketball coach. While at St. Edmund Prep H.S., Sheepshead Bay, in December 2011, she received a diagnosis of stage 4 breast cancer at the age of 29.

Rather than give up after being told she may only have a year to live, she fought cancer head on – setting a positive example for her players while coaching at Christ the King and becoming an advocate for raising awareness. She was inducted into the GCHSAA Hall of Fame in 2016.

“Clare set a great example as she battled cancer,” Goldberg said. “She still stayed involved with the kids and coaching, which was another element of what made her so special.”

Klein and Droesch truly embody the spirit of the Rockaways and what this hoops tournament means to so many people down on the peninsula. With the renaming of the divisions, Klein and Droesch will continue to be remembered at the parish that taught them how to be heroes.

“They provide a tremendous example,” Goldberg said. “One of the things that has made the Summer Classic a success is that it’s multigenerational.

“Because of that generational aspect, the memory of Timmy and Clare won’t fade be- cause it’s so embedded in the culture of what goes on here.”