A Queens parish and a Catholic Academy, facing a suspected case of coronavirus, are warning students, parents and parishioners to take precautions.

On March 11, Anne Zuschlag, the principal at Our Lady Queen of Martyrs Catholic Academy in Forest Hills, Queens, sent a letter to parents in response to an alert of a suspected case within the school community.

“The individual has not been present at our school in the last two weeks and is recovering and doing well. We have not had any other reports of suspected Coronavirus,” Zuschlag wrote.

“Academy family, and the community around us, is our primary concern,” the letter to parents continued. As a precautionary measure, the Catholic academy will be closed Thursday, March 12 and Friday, March 13.

“The incubation period had come and gone. And there are no, at this point, any repercussions
or any children, faculty or staff that have any symptoms,” said Chadzutko.

According to a March 12 press release from the Diocese of Brooklyn, as of school dismissal that day there had been no Coronavirus incidents in Catholic schools or academies in Brooklyn or Queens.

Over the course of the next two days, Our Lady Queen of Martyrs Catholic Academy will receive deep cleaning and sanitization, “with approved disinfectants,” which follow Centers for Disease Control and Prevention guidelines, according to the letter.

Symptoms of the COVID-19 respiratory virus are similar to the seasonal flu and include fever, cough and shortness of breath.

The virus, which originated in a seafood and poultry market in the Chinese city of Wuhan in December of 2019, has spread to over 114 countries, leading the World Health Organization (WHO) to declare the outbreak a pandemic.

Catholic academies and universities within the Brooklyn Diocese have been taking preventative measures to mitigate the risks of spreading the COVID-19 virus, including sanitization of schools and suspended in-person classes on campuses.

Chadzutko also required anyone returning from international travel to get written medical clearance from his or her doctor before going back to school.

President Donald Trump announced March 11 that travel to the United States from several European countries would be restricted, while the nation of Italy remains on lockdown and all public Masses in the country have been suspended until April 3.

In response to the suspected case at Our Lady Queen of Martyrs Catholic Academy, American Martyrs Roman Catholic Church in Bayside also sent a letter to parishioners addressing concerns.

The individual “is recovering and doing well,” the March 11 letter reads. “We have not had any other reports of suspected Coronavirus. However, in an abundance of caution, we have decided to close the Church until the weekend.”

“We have canceled all activities, except for the weekend Masses, here in this building. And
we’re going to do a thorough cleaning,” said Fr. Schwarz.

As an alternative, regular weekday masses will continue in the church chapel.

The Brooklyn Diocese issued a letter to the faithful offering recommendations and safety measures for parishioners to take when considering attending Mass.

“If you experience any symptoms including fever, cough, and shortness of breath, you are encouraged to contact your health care professional,” the letter to parishioners continued.

The diocese highly recommends that Catholics in Brooklyn and Queens use common sense when deciding whether to come to Mass. If you are not feeling well, you should stay home.

If you are attending Mass, avoid a handshake when greeting the celebrant or one another before or after Mass.

This story will be updated.

Click here to read the letter to parents of Our Lady Queen of Martyrs Catholic Academy: 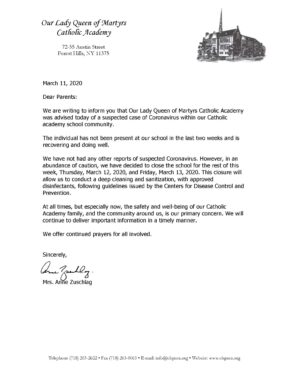 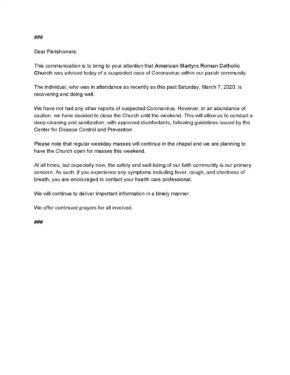 Click here to read the statement from Diocese of Brooklyn regarding potential school closures: 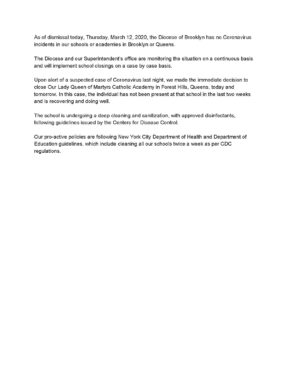 Click here to read a letter to the Faithful from the Office of the Vicar General regarding precautions being taken at Mass throughout the Brooklyn Diocese: 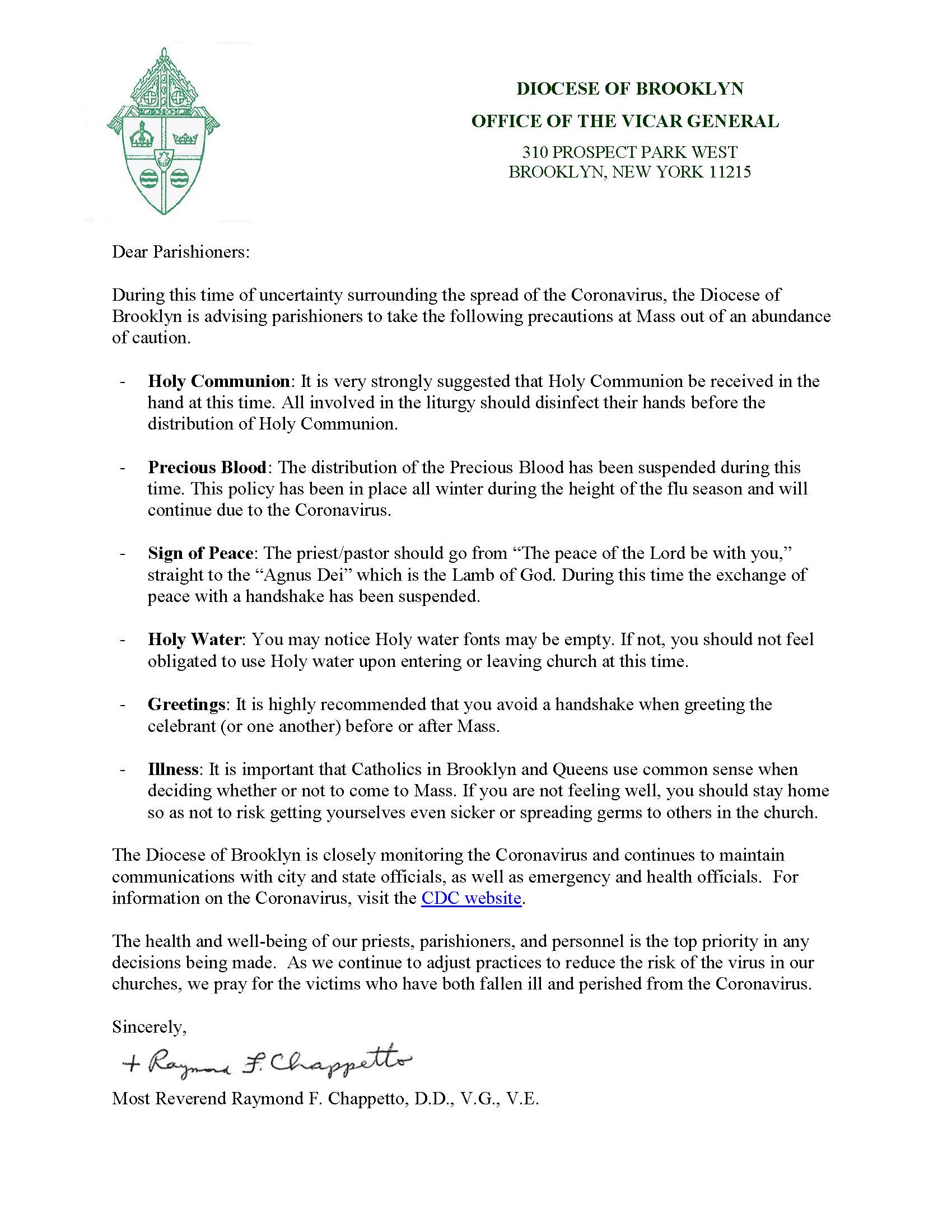