On the first Sunday of Advent, the diocesan ministry to Pakistani immigrants marked its 25th anniversary with an evening Mass, celebrated in English and Urdu, and a reception at Immaculate Heart of Mary parish in Windsor Terrace.

“Today we give thanks for the love that permeates the Pakistani community of our diocese,” said Auxiliary Bishop James Massa, the main celebrant and homilist of the silver jubilee celebration.

“We give thanks for so many blessings that have come to our parishes in Brooklyn and Queens through the Pakistani Apostolate.” 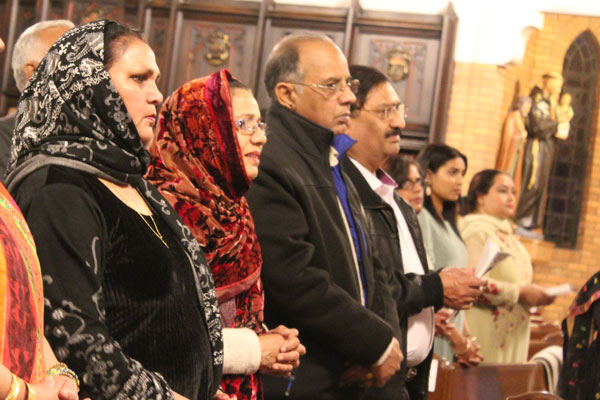 Arrayed in attire of exquisite colors and designs, Pakistani Catholics from neighborhoods in Brooklyn and Queens as well as Long Island, Manhattan, New Jersey and Philadelphia gathered for the 5 p.m. Mass. Though most members of the ministry live in the diocese, some travel far and wide for the weekly Masses.

Also among the congregation were representatives from the offices of the mayor and the public advocate, and Raja Ali Ejaz, consul general of Pakistan in N.Y.

“I greatly admire the Pakistani Christian community that lives here in the U.S.,” said Ejaz, who estimates the Pakistani diaspora in the U.S. at 450,000 individuals. “I think it’s a very vibrant community, and we’re very proud to have them in our midst.”

Brooklynite Shafqat Naz immigrated to the U.S. seven years ago. She is grateful to be able to live and worship freely here. Being able to attend Mass with fellow Pakistani Catholics, as well as share customs and fellowship, is even more meaningful.

“Thank God, we have this opportunity in this country to come together, to share our faith,” said Naz, a lector at the anniversary Mass. “We are strong in our faith, so we are proud of it.” 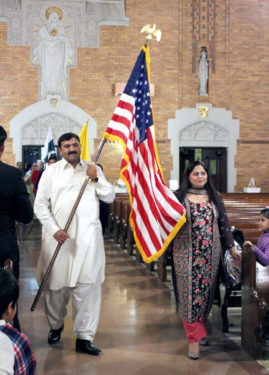 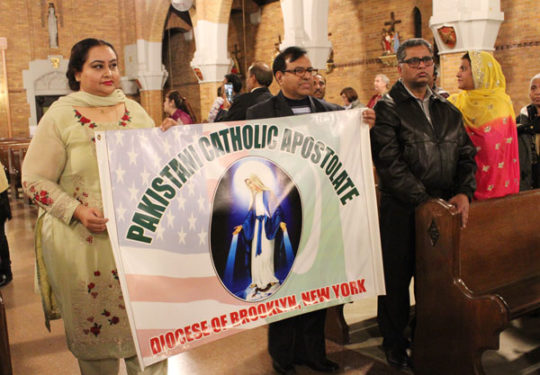 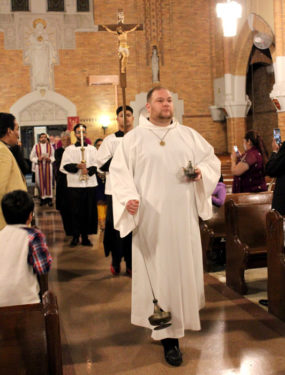 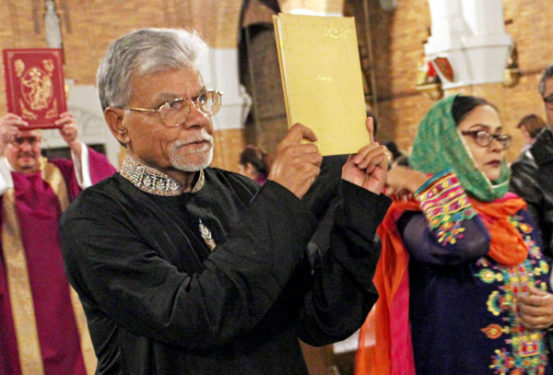 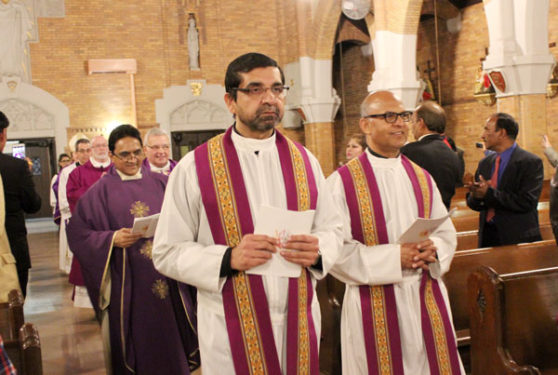 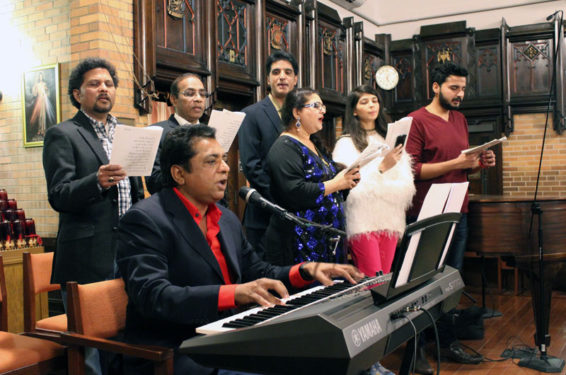 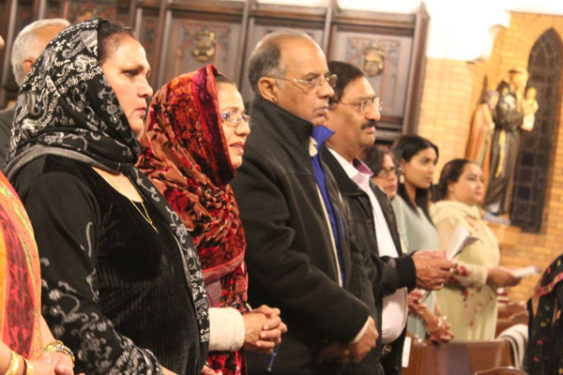 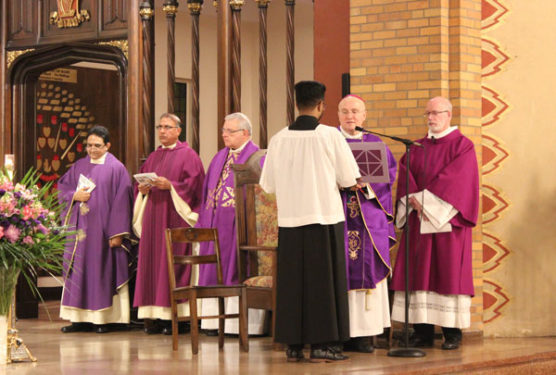 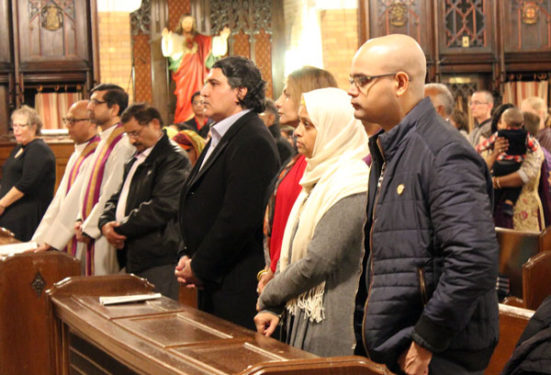 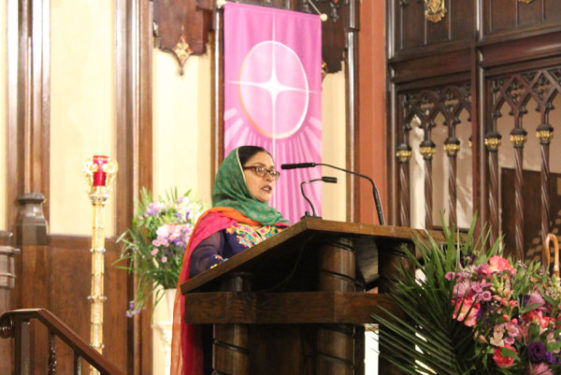 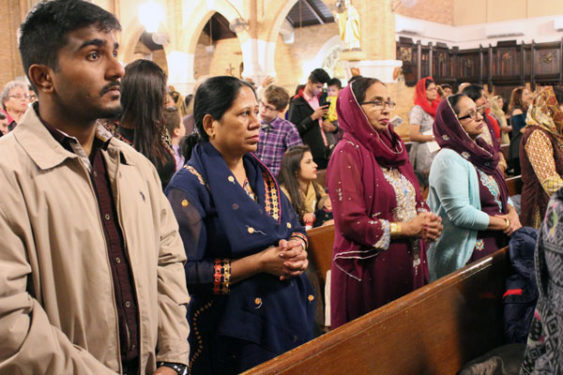 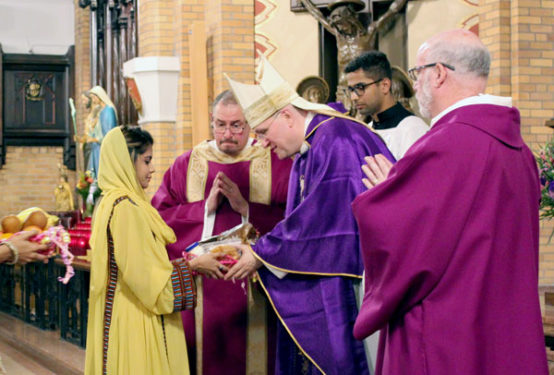 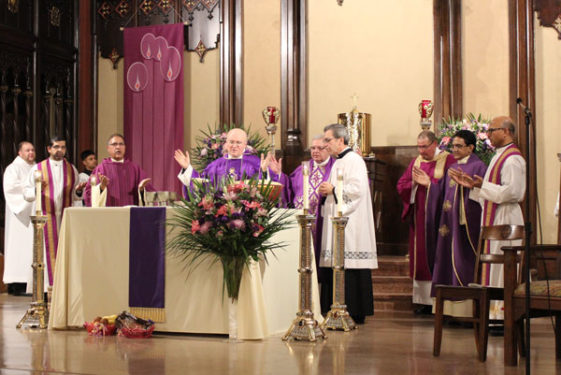 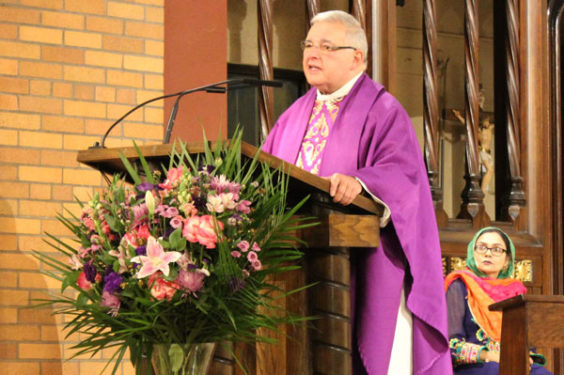 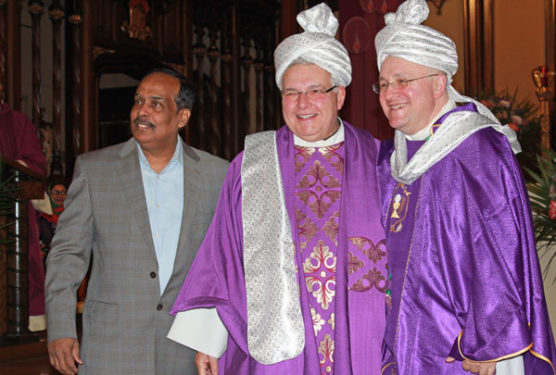 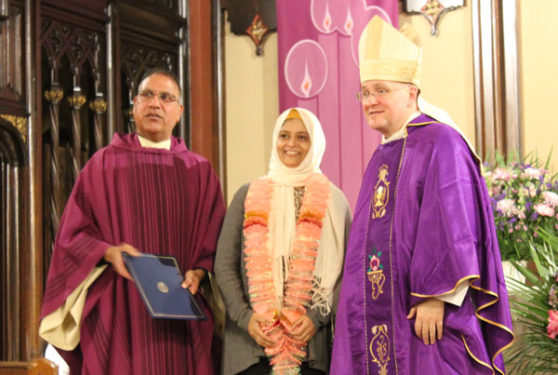 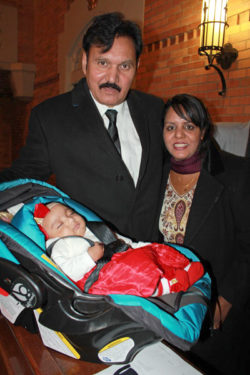 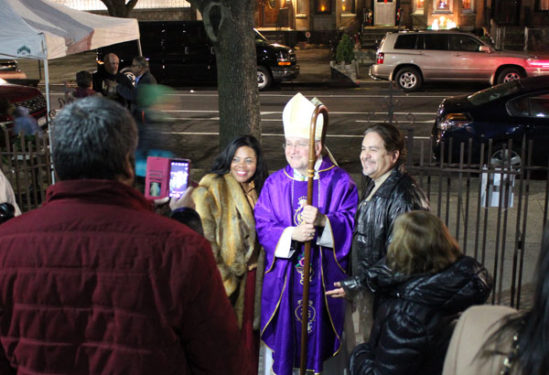 Simply being able to have weekly Mass celebrated in Urdu was the desire of faithful Pakistani Catholics moving to the diocese in the 1980s. They went to English Masses in parishes where they settled, but missed their native language and customs.

In 1991, they met Father Thomas Gulfam from the Archdiocese of Karachi, Pakistan, who was visiting Brooklyn on a summer assignment. He introduced the small, but growing community to another Pakistani priest, Father Dominic Sirajuddin.

“Way back then, I wondered ‘Is this apostolate going to grow?’ I wasn’t sure how many Pakistani Catholics were present in the Diocese of Brooklyn,” said Msgr. Marino. “And here we are 25 years later, grown – fully grown – and still growing thanks to the good work of the priests and lay people who helped build this apostolate over the years.”

Father Sirajuddin celebrated the new ministry’s first Mass at Our Lady of Loreto Church, East New York, in his native Urdu on Sept. 15, 1992. Weekly Urdu Masses continued at the parish until 1996. Pakistanis travelled to the Masses by bus and subway, and even by the carloads from Paramus, N.J.

Father Anthony Sikandar Chanan became the ministry’s second director in July of 1996, and moved the ministry to St. Ann’s Church, Flushing, where he was parochial vicar. He brought many Pakistani Catholics back to the fold, and worked to raise awareness locally about blasphemy laws and Christian persecution in Pakistan.

In 2003, Father Francis succeeded his nephew, Father Chanan, as ministry coordinator. He encouraged fellow Pakistanis to maintain their spiritual and cultural traditions, and to become more active in the Church.

“They grow in faith, they learn their basic prayers, their catechism, and also they share with one another,” said Father Francis. “A lot of people when they came here were lonely, single and looking for friends. So the apostolate gives them fellowship, they know this is our family – they can come together, they can relate, they can talk in their own language.”

Eight years ago, Bishop Nicholas DiMarzio entrusted the spiritual care of Pakistanis to Father Gill. Under his leadership, the ministry has grown and assisted more than 40 people, including Pakistanis of Muslim and Hindu faiths, to obtain immigration status.

Father Gill describes the ministry as a second family, in a sense, “as the community helps and supports them (members) to find houses, jobs, and try to support them as much as they can through hospitality and financial support as well.” 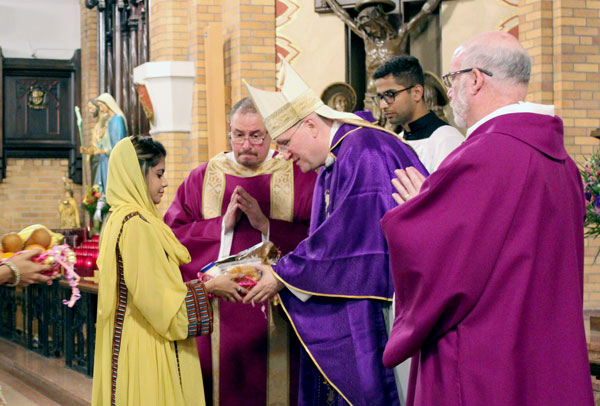 Weekly Masses have moved from Queens to Brooklyn, initially finding a home at St. Rose of Lima, Parkville, and now based out of Immaculate Heart of Mary Church, where Father Gill is pastor.

The Pakistani Ministry meets at 4 p.m. on Sundays at Immaculate Heart of Mary to pray the rosary and attend Mass in Urdu. Members also meet for several annual events, including the feast of Mary’s Nativity, All Souls Day and a summer picnic.

Bishop Massa commended the Pakistani community for the “holy joy of festivity” it brings to the diocese through its ethnic celebrations, and noted the ministry’s advocacy for the rights of immigrants, regardless of what religion they practice.

“Among your greatest gifts to the wider church are the stories that you share of the heroism and the work of reconciliation that the Pakistani community has given back home in your land of origin, the beautiful nation of Pakistan,” he said.

The bishop spoke warmly of a man he met only once – the late Shahbaz Bhatti, a Catholic Pakistani politician who was assassinated for defending Pakistan’s Christians against persecution. He also spoke of Archbishop Sebastian Shaw, O.F.M. of Lahore, who visited both Christian and Muslim victims of the Easter bomb attack in 2016.

Looking to the next 25 years, Father Gill wishes to continue being a Good Shepherd to the Pakistanis in the diocese, and hopes the diocese will continue to support local Pakistanis on their faith journeys.

“Pakistani Christians are very strong in their faith. No matter what happens to them, even if they go through hard times, they never lose their faith,” Father Gill said. “That’s always inspired me and I’m proud to be part of their faith journey.”

He encourages his countrymen to participate in lay ministries and regularly invites members to consider a vocation to the priesthood and religious life.

“My hope for the future is that the young people continue the tradition of belonging and sense of community and this faith should grow,” he said.