The outdoors Stations of the Cross procession at St. Teresa of Avila-St. Anthony parish, South Ozone Park, has been part of the framework of the community for the past 40 years.

The tradition continued this Good Friday, as more than 200 parishioners of all ages commemorated Jesus’ crucifixion by carrying a cross throughout the streets of the parish.

“I love traditions,” said Ramon Alvarado, a parishioner for 35 years who takes part every year. “I love to participate in what I believe.”

The procession started inside St. Teresa of Avila with the First Station and then took to the streets before returning to the church.

A police escort cleared the streets for the crowd, which sang hymns while walking between each stop. An SUV with speakers projected the music for the crowd to follow along. 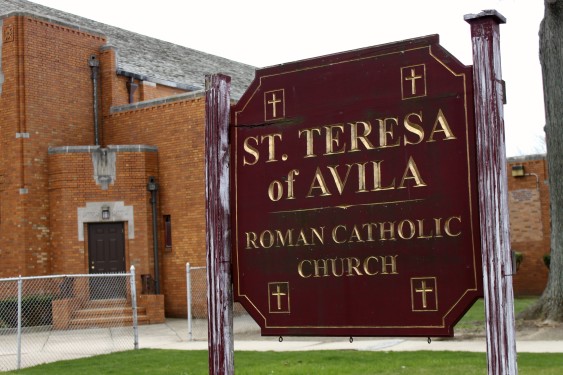 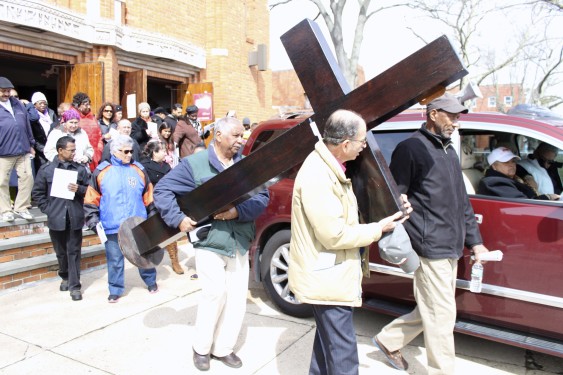 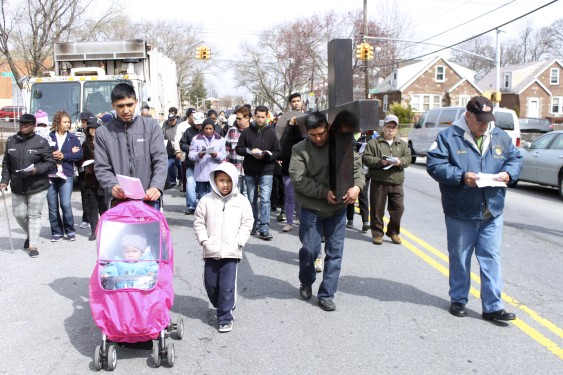 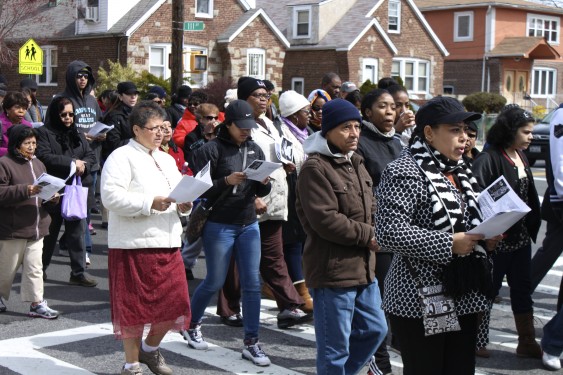 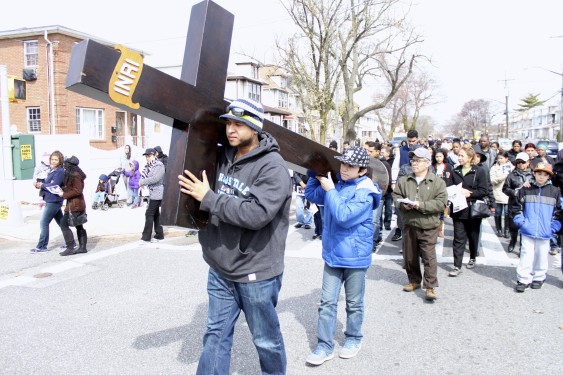 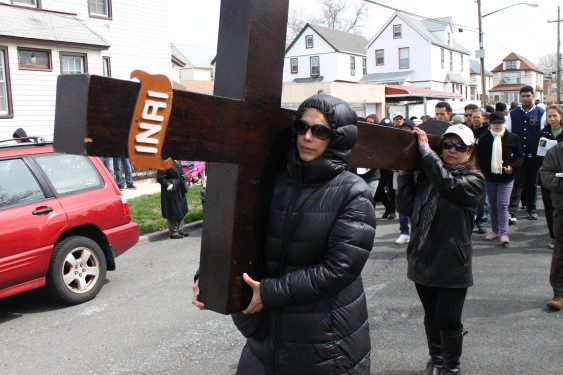 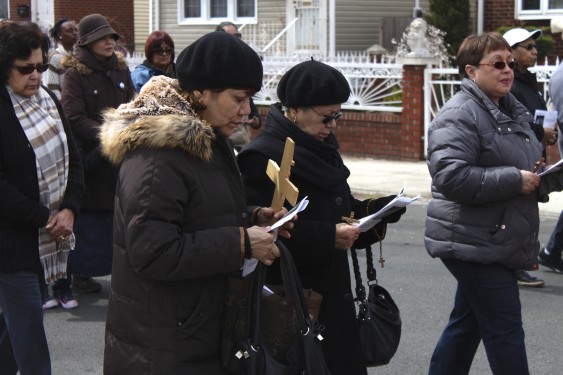 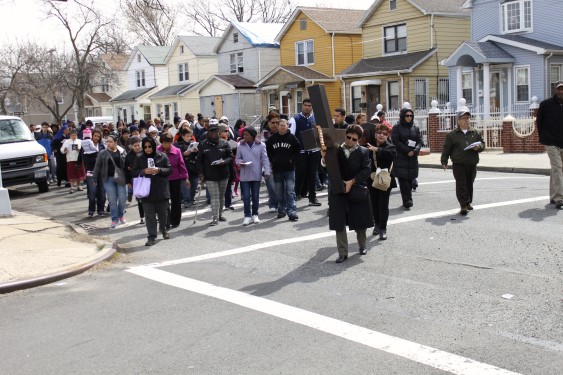 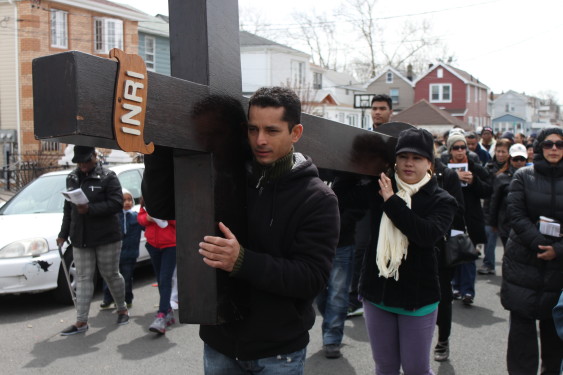 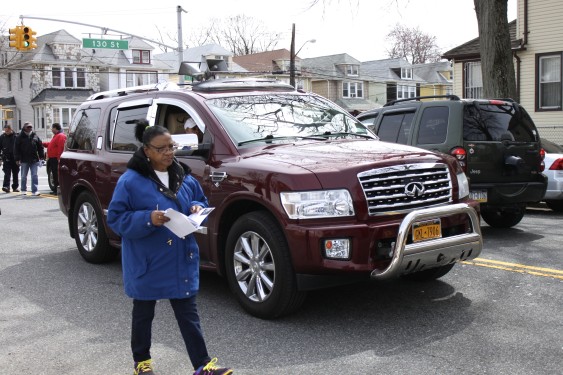 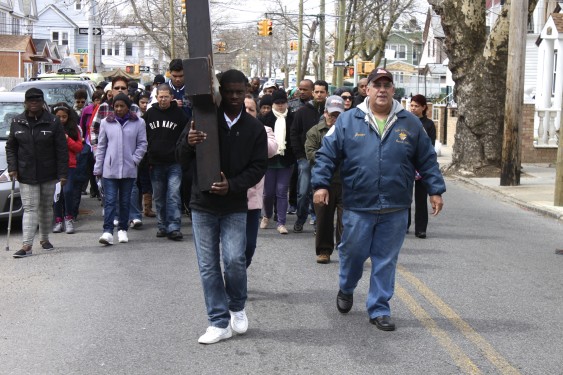 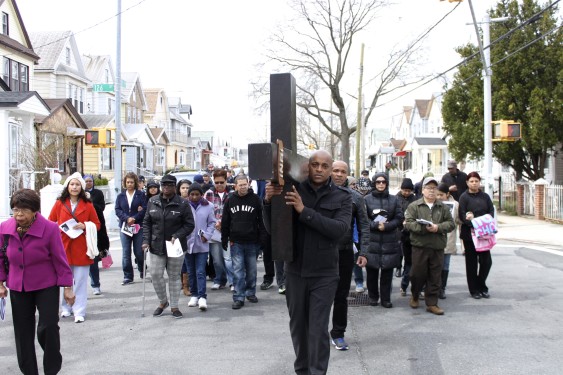 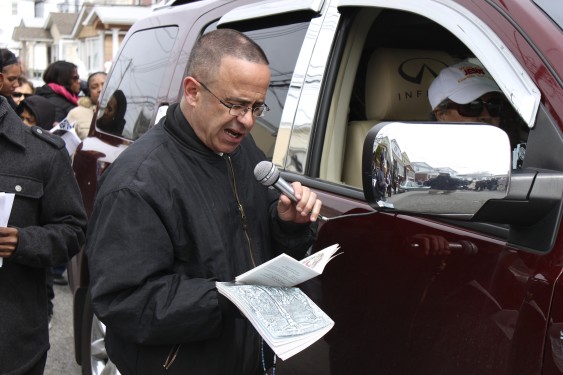 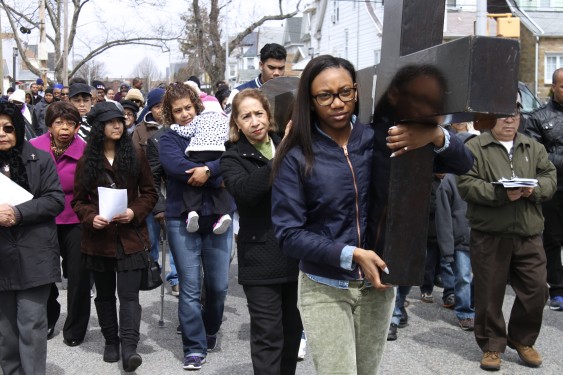 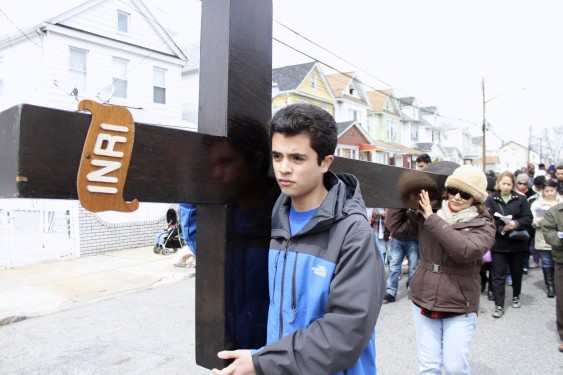 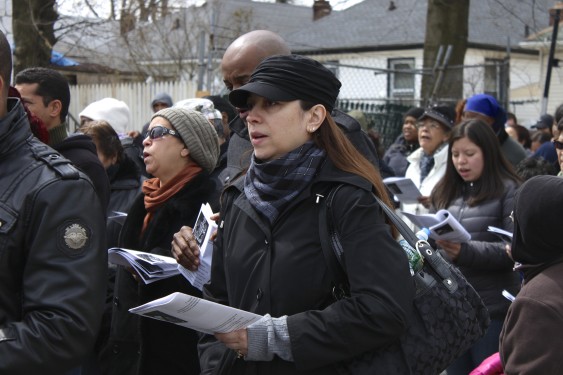 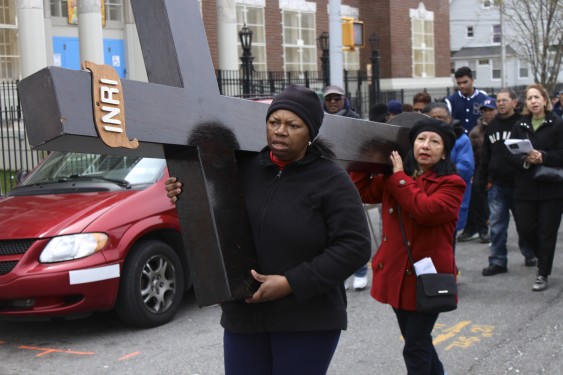 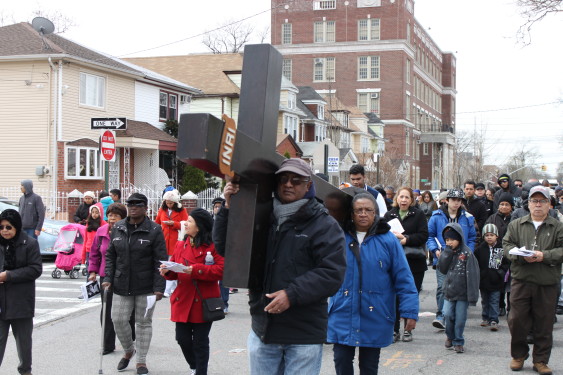 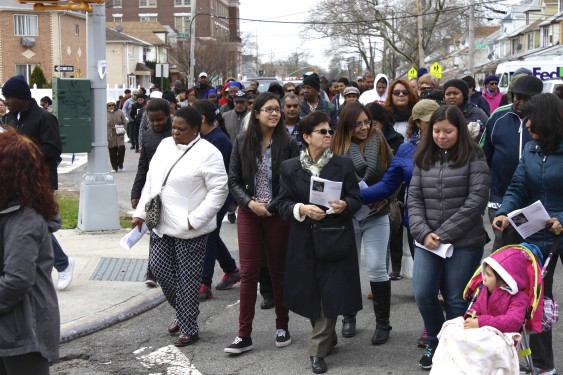 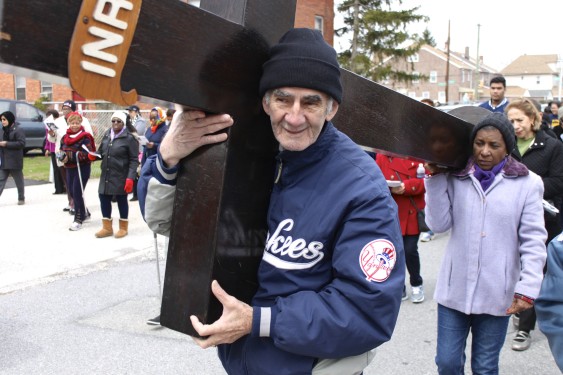 The community is no longer predominantly Catholic, but Father Conlon was pleased with the turnout.

“They’re small in number, but they have great pride and want to get out into the street and demonstrate their love for the Lord,” he said.

Many of the stops passed by the homes of parishioners. Along the way, neighbors peeked out to watch.

“Some people come to their door, and you can see that they have respect for what we are doing,” Alvarado said. “These people are participating in the tradition that we do.”

“They feel like carrying the cross past their homes is a blessing and something good for them to do,” Father Conlon said. “The whole neighborhood gets baptized, and it enlivens the faith of people who don’t normally have any.”

Rather than just walk around the inside of the church, the parishioners processed through the streets to retrace the steps of Jesus to Calvary.

Ydira O’Niell, who led the procession during the 12th Station, said she felt Jesus’ spirit with her as she carried the cross.

“Jesus died for me and for all my brothers and sisters,” she said. “When I carried the cross, I felt that my heart was very strong. It was very significant for me.”