To commemorate Palm Sunday, the feast day on which Jesus rode in on a donkey into Jerusalem, the Polish community of Borough Park welcomed their Savior as their forefathers have done for centuries before them, with colorful handcrafted palms.

Traditional Polish palms are not yellow strands of palm leaves. The people in the European country did not have access to tropical palms. So instead, they created palms of birchwood sticks decorated with flowers and greens. The tradition, dating back to the Middle Ages, has taken many forms, including competitions of the tallest palm and palms decorated with hollow Easter eggs. 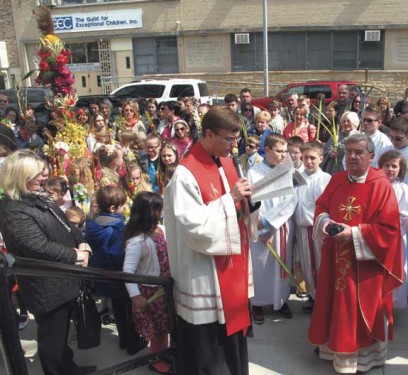 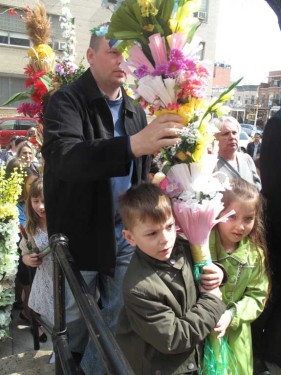 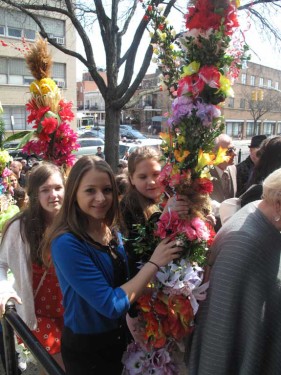 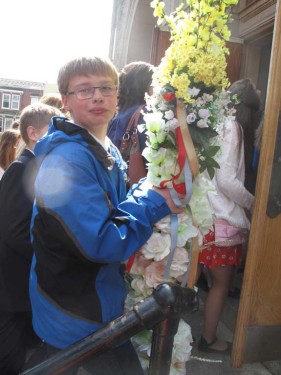 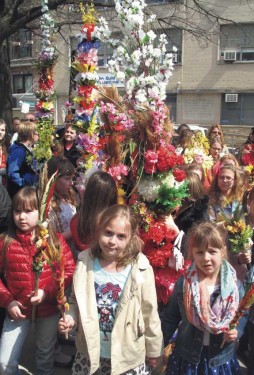 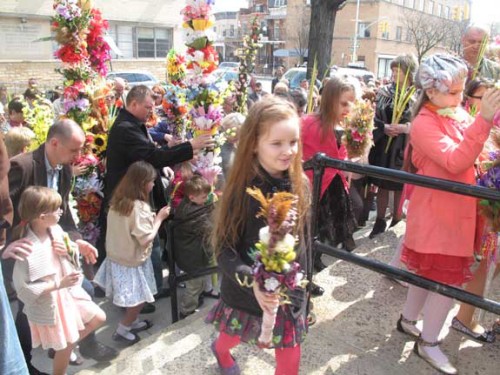 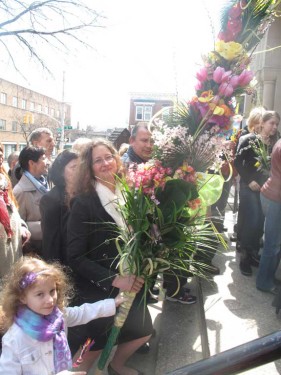 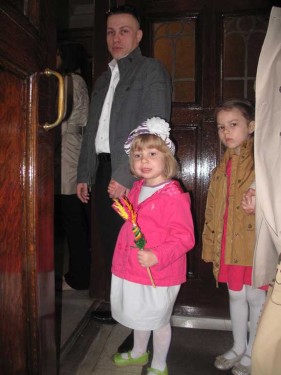 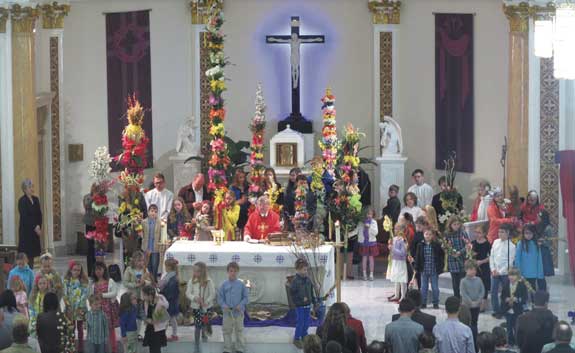 This past Palm Sunday, parishioners brought palms of varying styles and sizes to St. Frances de Chantal Church. There were palms small enough to be carried by young children in strollers and palms tall enough to tower over the tallest adults. Most of the palms were handcrafted by students of two Saturday Polish schools named in honor of Kazimierz Pułaski and Father Twardowski.

Kazimierz Pulaski, the parochial Polish school, held a friendly competition among its students. Palms were created after school, as individual and class projects.

On the last Saturday before Easter break, Polish school children participated in an assembly where they were able to display their palms and decorated eggs. In recognition of their dedicated work, the students received chocolates from the school and pastor, Canon Andrzej Kurowski, S.A.C.

The fifth grade, under the direction of Bogusława Borkowska, then held an Easter oratory and musical performance.

To end the celebration, the pastor blessed the decorated eggs so that the children could share them with each other.

On Palm Sunday at St. Frances de Chantal Church, the tallest palm, measuring in at six feet, was the product of seventh-grade parents from the Kazimierz Pułaski School. Their children helped too, of course.

Beata Kapuscinska, one of the parents who worked on the palm, said she likes being involved with the parent project, spearheaded by Zbigniew Dziewa. Aside from being fun, it sets a good example for the next generation, she said; so that they too may pass on the tradition to their children.

It’s all about upholding cultural-religious traditions, said Andrzej Popadiuk, principal. He said it is not enough to teach academics. Polish schools must also immerse students with cultural and religious practices.

During Palm Sunday liturgy, he invited children to bring their palms and sit or stand with him in the sanctuary, so they could more fully participate in the opening of Holy Week and come to a better understanding of the circumstances and importance of Jesus’ death and resurrection.