Serving the Ridgewood Community for 100 Years 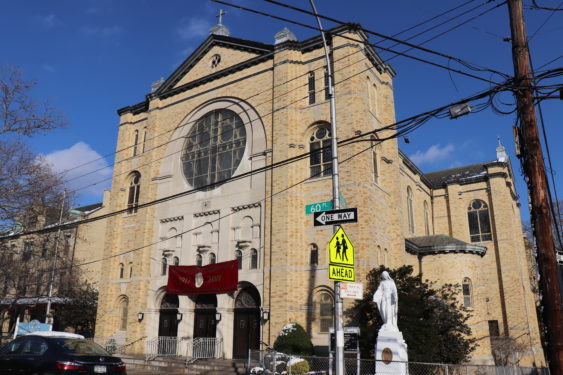 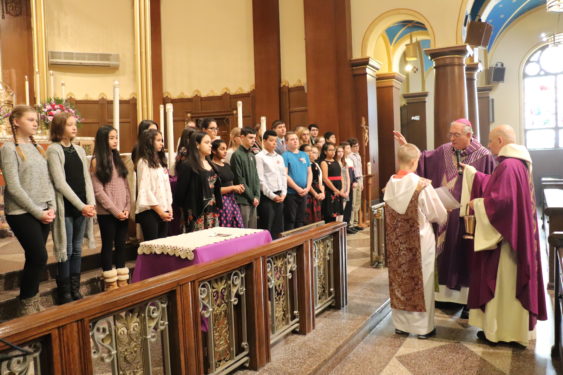 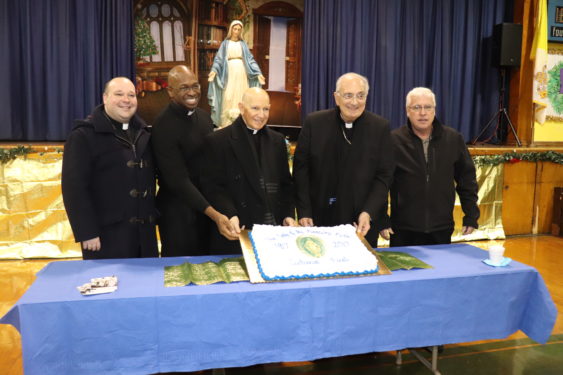 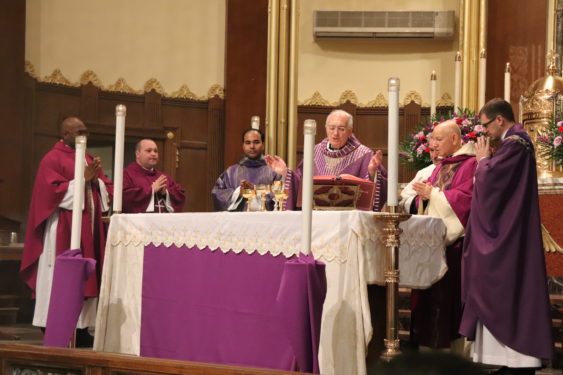 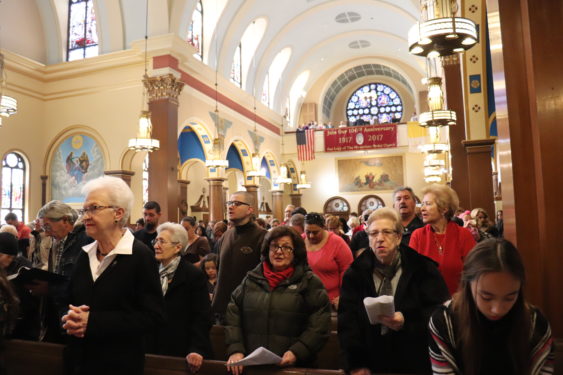 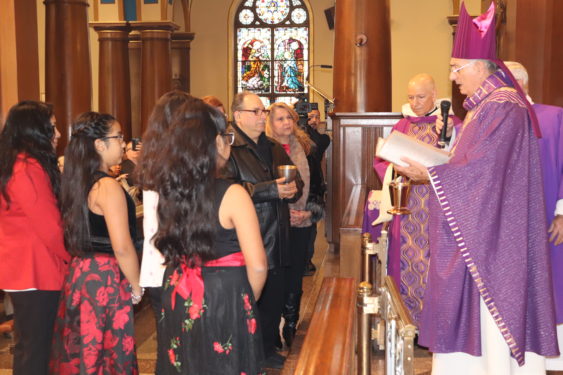 For its centennial, Bishop Nicholas DiMarzio joined Our Lady of the Miraculous Medal parish to celebrate the past and emphasize the importance of the future.

“This is the door to heaven,” the bishop said Dec. 10 at the closing Mass of the anniversary year. “Expand the miracle of your love so that your love can be shared by all the people.”

He said the Ridgewood church, because of its location, has a special mission to express the Word of God in a way that can be understood by people from different parts of the world.

The parish, which welcomes around 1,200 worshipers on the weekend, has Masses in English, Polish and Italian. However, lifetime parishioner Charlie Riggio said the posted schedule is not what makes the parish, but the people who go out of their way to engage the community and actively build the kingdom of God.

As a child, Riggio saw his mother build the parish up right in their living room, when she hosted parish prayer groups. Riggio followed his mother’s example through adulthood by volunteering at the parish and by simply bringing a smile and good humor to parish events.

Aichinger went to the parish school and then taught at her alma mater. Home is more than any building. Tragedy brought that fact into physical view.

“Twenty years ago, my house burned down,” she said. “It was my parish family who helped me.”

“I love the church,” said parishioner Enza Bilello, whose parents emigrated from Italy in 1962. “I love the community.”

Bilello’s love was kindled in childhood. Her parents did not have to tell her to go to church. She loved coming to Our Lady of the Miraculous Medal with her friends. She would meet up with them and together they would walk to the church, attend Mass and walk home.

Now, she wants to share that sense of love and belonging, with her own children. She wants to teach them that being a parishioner is a give and take relationship. The sense of belonging is strengthened when parishioners give of their time and talents.

Mary Macchiaroli, the parish director of religious education, faith formation and vocations, said part of what holds the parish family together is prayer. A life-long parishioner, Macchiaroli said she feels a strong connection with her fellow parishioners, even if they are no longer physically within parish boundaries.

Among these connections is Father Sean Suckiel, the current diocesan director of vocations, whom she has known since he was 7 years old. “We always prayed for him,” she said, adding that his vocation was evident from a young age. Our Lady of the Miraculous Medal could always count on young Sean, and he could count on them.

“The support of the parish strengthened my vocation,” Father Suckiel said when he returned for the closing of the anniversary year. “They inspire me to be the best priest I can be each day.”

He said he was very happy to be able to come home, even for a visit.

During the closing Mass, Bishop DiMarzio blessed the transfer of a chalice from one family to another. The physical object representing priesthood is meant to be a visual aid for all parishioners in praying for vocations.

Another treasure in the parish, Father Sansone said, are the young families.

Children and teens were seen throughout the church during the anniversary Mass and Bishop DiMarzio gave both groups a special blessing at the altar. The blessing is a tradition at the parish, the pastor said, repeated every month during the Family Mass. He said the youth attendance at the parish is strengthened by Notre Dame Catholic Academy, the religious education program and the active youth leadership team.

Although the academy is no longer a parochial school, Father Sansone said it is the church’s responsibility to spiritually support the school and students. Maria Cuomo, the principal of the school that switched to the academy model nine years ago, said the children personally know Father Sansone. He comes by the school to speak with the students. School Masses and times for confession are also available. The mutual support of the school and parish can be traced back to the beginning of the parish history.

At the beginning of the 20th century the real estate boom brought so many Catholics to Ridgewood that Bishop Charles McDonnell appointed Father John Oppel to open a new parish with St. Aloysius as its mother church.

In July of 1917, 455 people attended the first two Masses celebrated at Montauk Hall, a local dance hall. As the parish was preparing to buy property for its building, Father Oppel rented an apartment to serve as a rectory. Shortly after, a small church was erected on Bleecker Street.

In 1922, construction began on the four-story building that would serve as church, school and convent. The new building had seating for 1,000 parishioners for Mass and utilized the altar, pews and confessional from the old red brick church.

It is written in the parish journal commemorating the golden jubilee that: “On December 24, 1928, at midnight the first Mass was said in the new building. The church was not completed however, so the windows were covered with canvas to help keep out the winds, and cauldrons, which were used to dry plaster, were employed in a vain attempt to diminish the cold. Even under these conditions the faithful crowded into the church for the First Offering.

In August of 1929, Bishop Thomas E. Molloy dedicated this new House of Worship and administered the Sacrament of Confirmation.”

On Sept. 9, 1929 the school opened with a registration of 581 pupils taught by the Sisters of Notre Dame de Namur.

Just as the parish was coming into its won, the country fell into the Great Depression.

“While the entire nation writhed in the throes of a tumbled economy, Our Lady of the Miraculous Medal parish was fighting its own battle against starvation and disaster,” according to the journal.

“In the vanguard of this struggle was our intensely energetic Saint Vincent de Paul Society under the able director of Father (Sylvester) Ronaghan and Mr. John Simpson, the first president. The society aided many parishioners during the depression by providing food, shelter, clothing and medical care for as many as ninety-six families at one time.”

The parish broke ground for a separate church building, with a transitional Romanesque style on the

outside and a dignified Renaissance style for the inside, in 1940.

Just one year after the cornerstone was laid, Bishop Thomas E. Molloy, officiated at the dedication of the new church building, which stands to this day.

One thought on “Our Lady of the Miraculous Medal Parish”