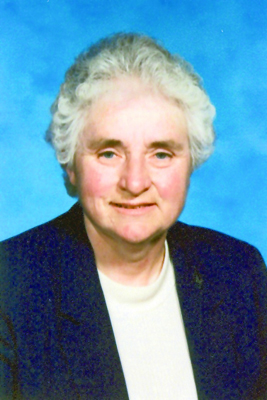 Sister Mary Jane Raeihle, C.S.J., a member of the Sisters of St. Joseph, Brentwood, L.I., for 54 years, died on Nov. 14.
She entered the congregation from SS. Cyril and Methodius, Deer Park, L.I., in 1959 and received the name Sister Mary Lucretia.
By 1972, she earned her master’s degree in mathematics from Columbia University and later an educational doctorate from Columbia.
While earning her degrees, she taught at Most Holy Trinity, East Hampton, L.I.; Brentwood College; and spent seven years at Our Lady of Victory, Bedford-Stuyvesant.
In 1971, she served in the Brooklyn Diocesan Office of Education as math coordinator, while also working as an adjunct professor at Fordham University.
In 1978, she became principal of Bedford-Stuyvesant Catholic Junior High, which later became St. John the Baptist School. It became a model of innovation and excellence, receiving national recognition.
Neighborhood and local civic groups also recognized her for her efforts promoting peace and reconciliation on the streets of Bedford-Stuyvesant. In 1989, she received the distinguished principal award from the NCEA.
She was principal of Sacred Heart, North Merrick, L.I., 2003-04.
A Mass of Christian Burial was held in Maria Regina Chapel, Brentwood. Interment followed in Calvary Cemetery, Brentwood.