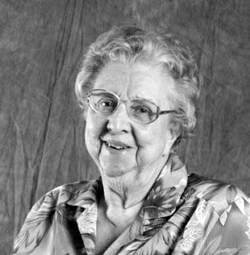 Sister Irene Poirier, S.C., a Sister of Charity, Halifax, for 66 years died on March 4 at Mount St. Vincent, Wellesley Hills, Mass. She was 88.
Formerly known as Sister Anne Regina, she taught fifth grade and was responsible for school accounts at Resurrection-Ascension School, Rego Park, 1955-63.
She spent the rest of her years ministering in Nova Scotia, Canada. In 2008, she retired to Caritas Residence, Halifax, Nova Scotia.
A Mass of Christian Burial was celebrated March 8. Interment followed at Gate of Heaven Cemetery, Lower Sackville, Nova Scotia.
Previous Obituaries Story
Next Obituaries Story