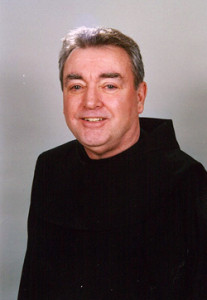 Brother Armand Duerr, O.S.F., (Anthony Francis), who joined the Franciscan Brothers of Brooklyn 53 years ago, died peacefully in Glen Cove, L.I., on March 20. He was 73.

After high school, he underwent major spinal surgery at St. Charles Hospital, Port Jefferson, L.I. Following his recovery, he returned to St. Charles to work as a nursing assistant.

In 1960, he entered the Franciscan Brothers to begin his novitiate, in Wyandanch and Upper Brookville, L.I. He took the religious name of Armand after a Daughter of Wisdom who took care of him at St. Charles and who remained a close friend.

He attended St. Francis College, while residing in the Scholasticate in Brooklyn Heights. During college, he taught remedial reading at St. Joseph’s, Babylon, L.I., on Saturdays.

After college, he was assigned to Bishop Ford H.S., Park Slope, where he taught theology and psychology and served in the guidance department, as moderator of student activities, moderator of the music department and religious faculty representative.

During his final year at Bishop Ford, he, along with three other brothers, opened an experimental friary in a private home a few blocks from the school, the focus of which was to live as simply as possible, in order to contribute excess money to charity.

While at Sacred Heart, he attended St. John’s University, Jamaica, to pursue a professional diploma in rehabilitation counseling to work with people with disabilities.

In 1989, he began work as a case manager for the National Center for Disability Services (now Abilities, Inc.) in Albertson, L.I. In 1992, he became school and transition counselor at Henry Viscardi School, a division of Abilities, Inc.